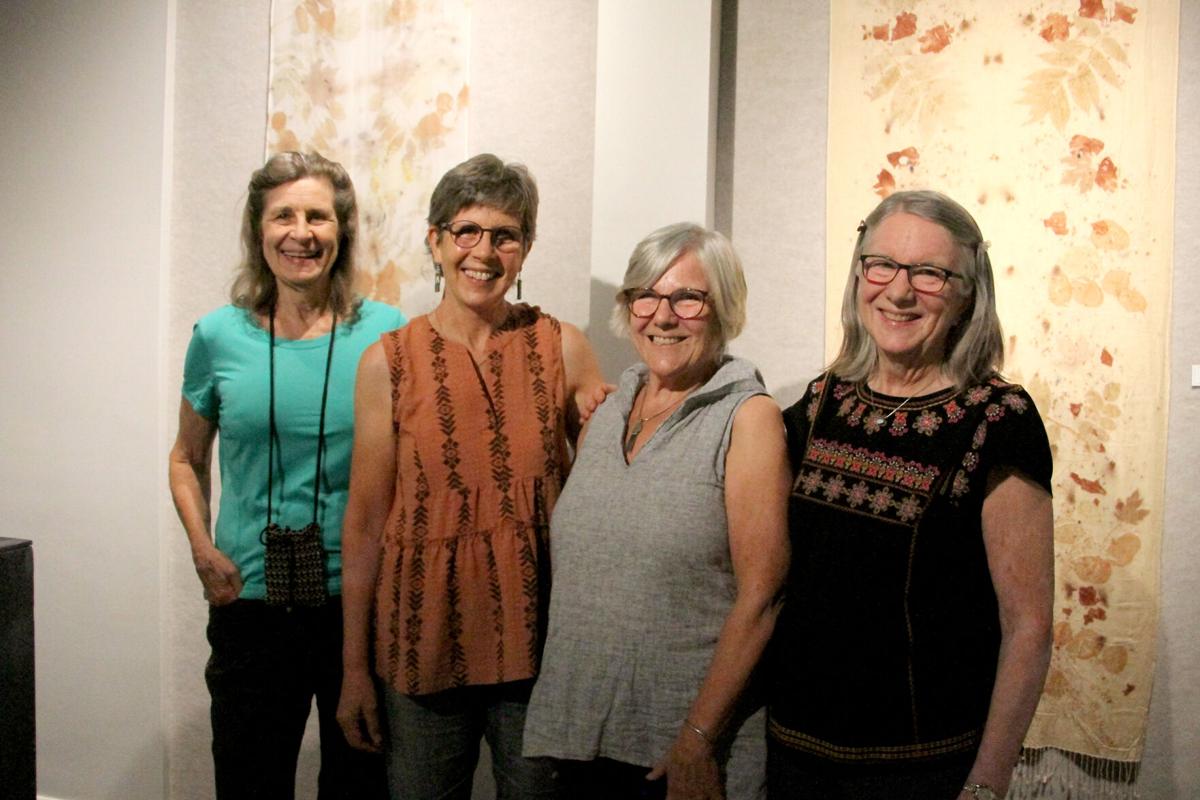 Nan Riegel, left, Merodie Seykora, Barb Bend and Genie Sue Weppner pose at the opening of their “Sisters” show at the Prairie Arts Center that runs through Sept. 29. 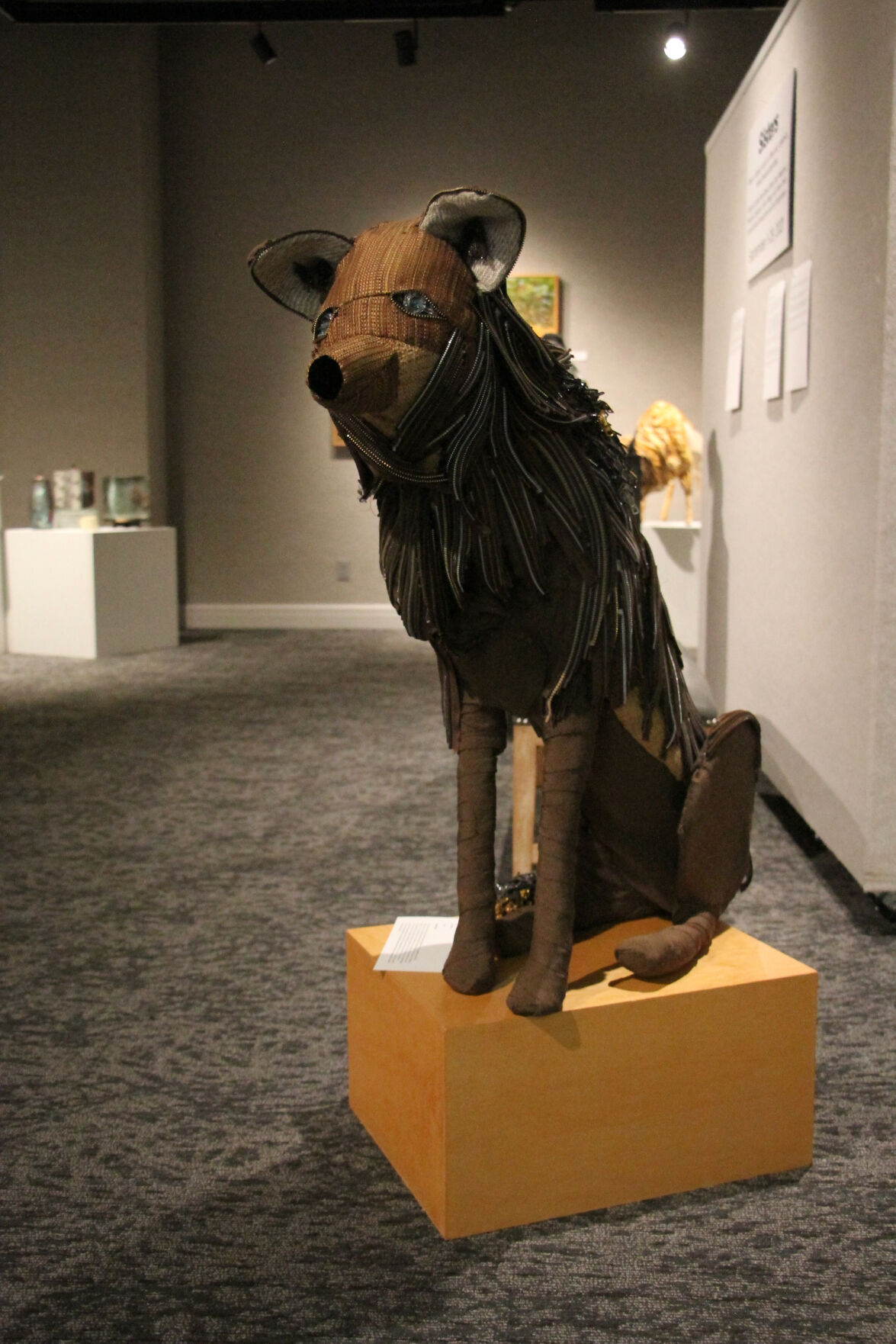 This creation by Barb Bend, who is known as the “Zipper Lady,” was crafted out of numerous zippers.

Four sisters driving from Minnesota to Colorado in 2019 stopped in North Platte and happened upon the Prairie Arts Center.

Barb Bend, Genie Sue Weppner, Merodie Seykora and Nan Riegel are all artists and left a card with Holly Carlini, executive director of the arts center. An hour or so out of town, they got a call and Carlini asked them if they would like to do a “Sisters” show.

The siblings originally scheduled the show for 2020, but that fell through due to COVID-19. It was rescheduled for September, and the art creations will be on display through Sept. 30.

“We grew up in Colorado Springs; our extended family roots are back in Wisconsin,” Weppner said. “We traveled every summer through Nebraska and then I lived in Lincoln for a short period of time and Nan went to Doane.”

Weppner said they have an affinity for Nebraska.

“One of the things I remember from before is the sound of the cicadas at night,” Weppner said, “because our parents always drove as late as possible because there were six of us.”

She said she remembers also “how terrible the water tasted.”

The sisterly world of fiber art, ceramics, mixed media and painting grew out of a nurturing home environment, the women said.

“I’ve thought about this a lot and I would say it was more about the freedom we were given to explore outside,” Bend said. “We were six kids and we would be sent down to the basement, where we would do chalk on the floor and the basement would become different environments.”

The siblings also played outside at their home in Colorado Springs.

“We would dig up stuff and go play in the hayloft,” Bend said. “We spent time outside climbing trees and pretending they were pipe organs.”

She said their parents never told them not to do things.

Bend calls herself the “Zipper Lady” because her works come from creative use of various types of zippers.

Seykora said they were always learning and their mom often told them to help their father.

“I remember one of the things my mom used to say when I would say, can I go to so-and-so’s house,” Seykora said. “She would say, have you helped your father, and I would say, well, he doesn’t need any help.”

Their mother didn’t buy that statement.

“No, follow your father around for five minutes and if he doesn’t ask you to do anything, then you can go,” Seykora said. “You had to stay in 5 feet of your father, so we’d follow him around.

Their father would teach by telling them to look at this or that.

“I remember one day going, OK, I’m hooked in but I don’t care, I love this,” Seykora said. “We looked at the plants, we talked about a bug or an insect, and it was one of the bonds that we had with our father that we all treasure.”

She said it was always about learning and exploring.

“It was always encouraged in a very subtle and exciting way,” Seykora said. “That’s what I love about my art is the learning process more than anything.”

Bend and Riegel live in Wisconsin, Weppner lives in Idaho and Seykora lives in Minnesota.

Ryan Reynolds is taking a "little sabbatical from movie making"

Ryan Reynolds is taking a "little sabbatical from movie making"

Receive the latest in local entertainment news in your inbox weekly!

Nan Riegel, left, Merodie Seykora, Barb Bend and Genie Sue Weppner pose at the opening of their “Sisters” show at the Prairie Arts Center that runs through Sept. 29.

This creation by Barb Bend, who is known as the “Zipper Lady,” was crafted out of numerous zippers.