Sign up here to get the latest health & fitness updates in your inbox every week!

OMAHA -- A University of Nebraska Medical Center dean is going back to Uganda to complete his mission as part of the World Health Organization’s response to an Ebola outbreak.

Dr. Ali Khan, dean of UNMC’s College of Public Health, was in Uganda early this month and came back to Omaha for a week before heading back Saturday. His trips to Uganda are part of his service on the WHO’s Global Outbreak Alert and Response Network steering committee.

Both Khan and UNMC were recently reappointed to the network. UNMC and the federal Centers for Disease Control and Prevention are the only members from the United States serving on the 21-member committee. UNMC first became a member in 2017 after Khan arrived at the university.

GOARN is a network of more than 250 institutions worldwide that respond to public health events by sending staff and resources to affected countries.

As part of the network, Khan said, the university has a role in setting the agenda for public health responses, making sure participants identify, prevent and/or contain outbreaks as quickly as possible.

Such deployments allow UNMC faculty to gain experience and bring it back to the United States.

“We’re very excited about the opportunity to share our expertise and learn from the network on ‘How do we improve globally,’ thereby protecting Americans,” Khan said.

Separately, a team from UNMC’s Global Center for Health Security recently returned from Uganda, where members worked with the Ugandan health ministry to try to develop new, sustainable solutions for infection prevention and control during Ebola outbreaks.

Khan’s current Uganda mission is his fifth with GOARN since he arrived in Nebraska. He previously deployed to Uganda in 2000 for the country’s first outbreak of the Sudan ebolavirus.

This time, Khan said, his role in Uganda is different from his usual assignment, which has involved heading up teams doing surveillance, contact tracing and analytics.

That’s the kind of work Khan has done for roughly three decades during a career focused on health security, global health and emerging infectious diseases. Before joining UNMC, he had a 23-year career as a senior director at the CDC, which he joined as a disease detective.

This time, he’s coordinating the international partners that are responding to the crisis, such as the CDC and Doctors Without Borders, through the WHO in support of the Ugandan health ministry, which is leading the response.

“It’s a well-managed response,” said Khan, saying the team probably is the best he has worked with in his 30 years in the business. “All they need is just a bit of technical expertise from other partners and the resources the partners bring to support them.”

As of this past week, Uganda had reported 141 cases and 55 deaths due to the virus. That includes 19 health care workers, seven of whom have died.

“We all want to contain the outbreak as fast as possible so it doesn’t spread,” Khan said. “We don’t need another West Africa.”

The 2014 West Africa Ebola outbreak, the largest in history, killed more than 11,300 people. During that outbreak, the Nebraska Medical Center, UNMC’s clinical partner and home to the Nebraska Biocontainment Unit, was one of four hospitals to successfully treat Ebola patients.

The Sudan strain involved in the current outbreak has no approved vaccine or treatment. The two Ebola vaccines that have been licensed protect against the Zaire strain of the virus.

However, the WHO announced Wednesday that three Ebola virus vaccine candidates for the Sudan strain are expected to be shipped to Uganda next week, Reuters reported. The WHO and the Ugandan government are planning a clinical trial.

While no Ebola cases have been reported recently in the United States or any other nation outside Uganda, the CDC has advised American health officials to watch for patients who have traveled to Uganda within the past three weeks and have possible symptoms of the virus, such as fever, headache, fatigue and unexpected bleeding.

The U.S. last month restricted arrivals of travelers from Uganda to five airports where they can undergo screening.

Khan said the system is working. When he entered the U.S., he was met by a CDC quarantine official. When he returned to Omaha, he was immediately contacted by the Douglas County Health Department. He receives an email each day requesting that he send in his temperature.

“Our public health system in the U.S. is reporting so well,” he said.

Sign up here to get the latest health & fitness updates in your inbox every week!

CDC: 1 in 8 deaths among Nebraskans ages 20-64 related to alcohol

About one in eight deaths of Nebraskans ages 20 to 64 in recent years can be attributed to alcohol use, according to a study published this week.

The right way to transport a Christmas Tree on your car

Study: The effectiveness of the COVID-19 vaccine can increase with added exercise

Study: The effectiveness of the COVID-19 vaccine can increase with added exercise

Questions to ask yourself before adopting a pet

Questions to ask yourself before adopting a pet

Why walking backwards is amazing for your health

Why walking backwards is amazing for your health 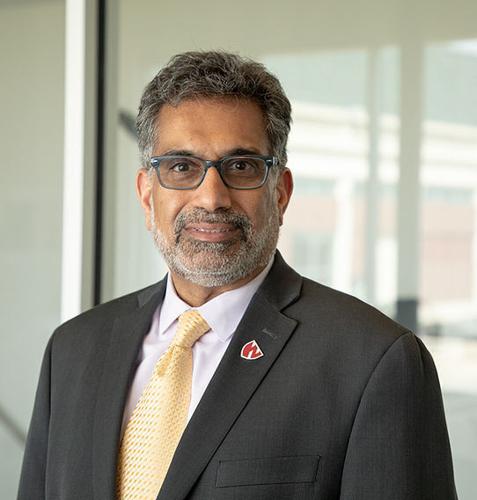 Dr. Ali Khan, Dean of the College of Public Health, University of Nebraska at Omaha