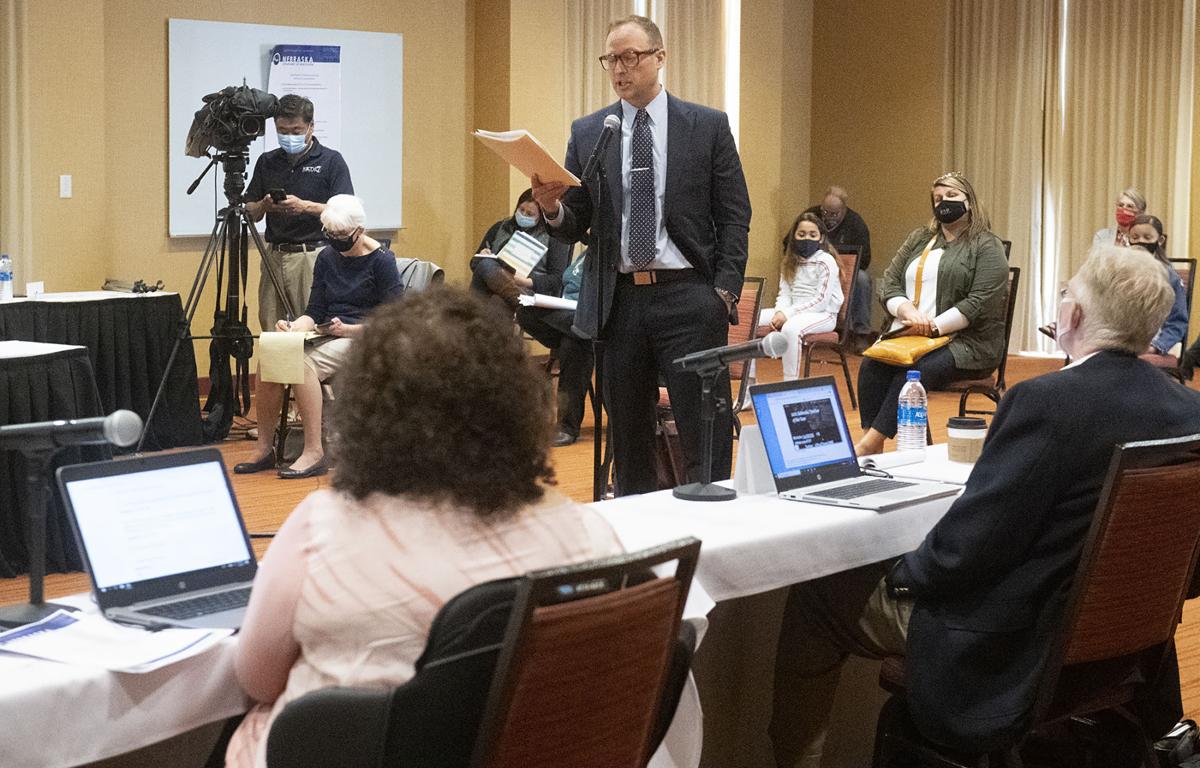 Jeremy Ekeler of the Nebraska Catholic Conference speaks to the State Board of Education about proposed school health standards at the board’s meeting in Lincoln on Friday. 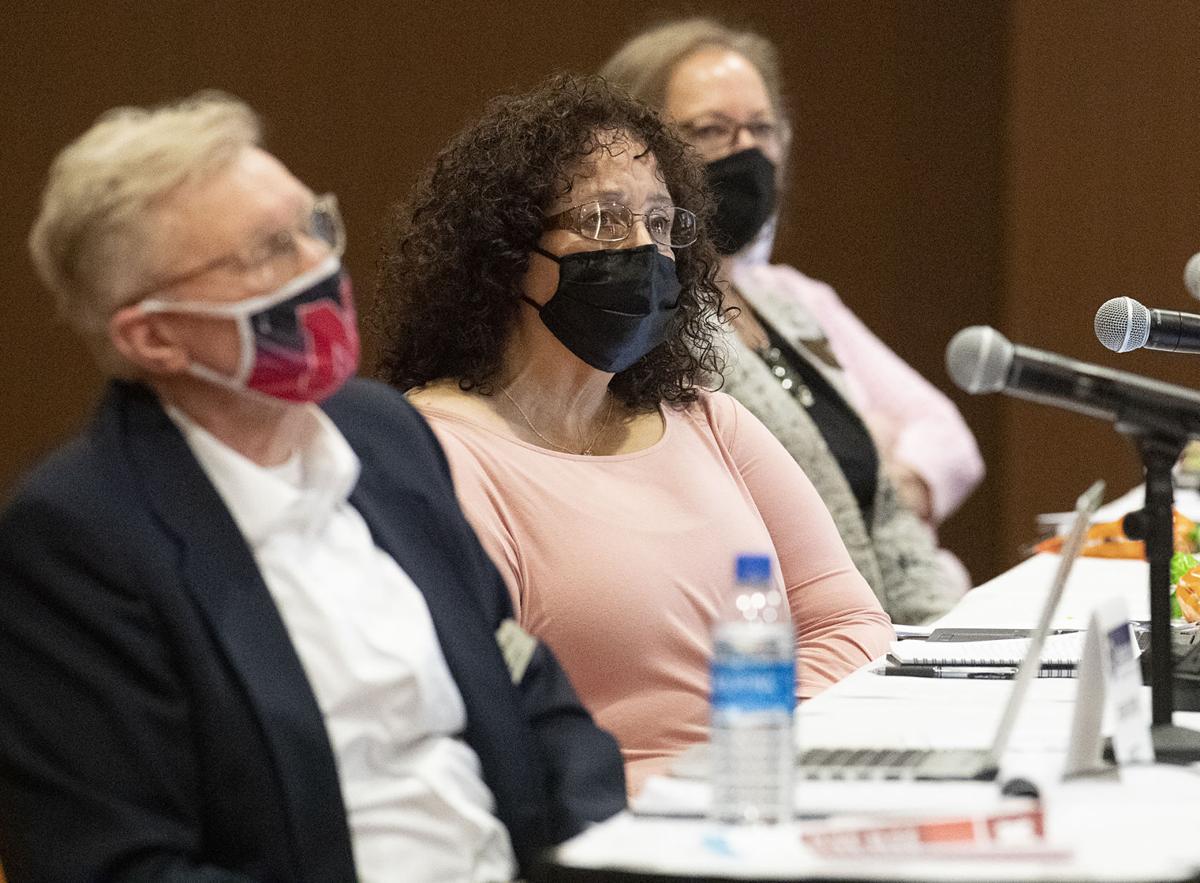 Board members, from left, Robin Stevens, Lisa Fricke and Patti Gubbels, during Friday’s public comment. More than 60 people opposed the standards focused on human growth and development, while 16 supported them.

LINCOLN — Proposed school health standards that deal with gender identity and sexuality brought Nebraskans out in force Friday for a chance to address the State Board of Education.

More than 60 people took to the microphone to decry the portion of the standards focused on human growth and development. Another 16 supported the standards, which were released in early March for a first round of public comment.

Their testimony added to a flood of public comments that have greeted the draft standards.

More than 700 written comments, some 2,000 emails and another 4,000 responses to an online survey have poured in to the Department of Education over the last three weeks. Individual board members have received emails and calls directly. Gov. Pete Ricketts and 28 state lawmakers have weighed in.

On Friday, opponents argued that the standards would undermine parents, violate religious values and expose children to sexual topics that are not appropriate in schools. Some accused the board of pushing a radical political agenda.

“This is a battle between good and evil,” Barb Ramsey said. “What side are you on?”

Proposed standards that call for teaching children about different gender identities were particular hot buttons, along with those teaching about sexual orientation and different types of families.

But some speakers objected to standards that call for teaching early elementary students the anatomically correct names for genitalia, especially in mixed classrooms. Others questioned the idea of teaching children that age about consent.

“Why don’t we just let kids be kids?” asked Brittany Holtmeyer, who said children should not learn about sex in school.

Proponents, on the other hand, urged board members to resist political pressure to change the standards.

They argued that the standards would help children protect themselves from sexual abuse and support those struggling over their sexual orientation or feelings about gender identity. They said child sexual abuse survivors and youngsters who do not follow the traditional norms are disproportionately likely to die by suicide or suffer mental health problems.

Harper King, who introduced herself as a 12-year-old lesbian, told board members that having the proposed standards taught at school would help her feel safer. She said she has been harassed in elementary and middle school because of her sexual identity.

“I think it’s very important that children have the tools to understand themselves,” said Erica Mays, a transgender testifier who grew up in Chadron.

The board took no action on the standards Friday. Nebraska Education Commissioner Matt Blomstedt said the next step will be to go through all of the comments and survey responses and then rewrite the draft in light of the public input. He said the next version will probably not be ready until midsummer, after which the public can weigh in again. A vote on the final draft standards is expected in the fall.

President Maureen Nickels said she had “no opinion” on the standards so far but noted that what people refer to as “Nebraska values” may not be shared by all Nebraskans.

She pointed out that local boards would continue to have the final say over the curriculum used at their schools. The proposed health education standards would be recommended for school districts but not required.

Board member Patsy Koch Johns urged colleagues to think about harm reduction and how the standards could contribute to that goal, while Jacquelyn Morrison pointed out the fear that speakers on both sides had expressed. She said she hopes that all can feel their voices were heard. Lisa Fricke noted that many of the comments concerned the K-6 standards, rather than those for the older grades.

In addition to addressing gender issues and sexuality, the standards address various health-related topics including the importance of nutrition and physical activity, dangers of substance abuse, injury prevention and social and emotional health.

The draft standards include teaching students respect for people of all genders, gender expressions and gender identities.

Jeremy Ekeler of the Nebraska Catholic Conference speaks to the State Board of Education about proposed school health standards at the board’s meeting in Lincoln on Friday.

Board members, from left, Robin Stevens, Lisa Fricke and Patti Gubbels, during Friday’s public comment. More than 60 people opposed the standards focused on human growth and development, while 16 supported them.