A 19-year-old woman has been charged after a fatal stabbing in North Platte early Thursday.

Harlie E. Saathoff was arraigned in Lincoln County Court on charges of second-degree murder and using a weapon to commit a felony.

Judge Kent Turnbull set bail at $1 million. Saathoff must provide 10% of that to be released from the Lincoln County Detention Center.

The murder charge is a Class 1B felony, which carries a maximum sentence of life in prison.

A preliminary hearing was set for Nov. 19.

According to a North Platte Police Department media release, officers were called at 3:23 a.m. to an apartment on the 200 block of West First Street and found Saathoff and an injured Bryce D. Wood, 20.

According to court records, Saathoff told investigators that she and Wood got into an argument over a text she sent, and Wood slapped her.

Saathoff said she went into the kitchen to grab a knife and returned to the bedroom to confront Wood. She told investigators she made a forward motion with the knife in an attempt to scare Wood into leaving the apartment. She said Wood backed up and fell onto the bed, and she went down as well and ended up stabbing him once in the abdomen.

A kitchen knife with an 11-inch blade was found on the bedroom floor.

The victim said the man accused him of kicking up rocks at his car as he left a bar parking lot.

Officers with the McCook Police Department twice pursued a Jaguar on U.S. Highway 83. The chase began at 8:30 p.m. and the Jaguar eventually entered a ditch and stopped.

Troopers also assisted more 477 motorists during the campaign Nov. 16-29, according to a State Patrol media release.

The man was arrested on a warrant charging him with kidnapping and using a firearm to commit a felony. He was taken to the Lincoln County Detention Center.

A 35-year-old Ogallala man was sentenced to three years in prison in connection with the stabbing death of John Fratis in 2017.

The victim told police that his assailant pulled a knife and during the ensuing altercation told the victim he "had to kill him."

The suspect was not injured during the confrontation, but the trooper sustained a non-life-threatening injury. The trooper was treated at Kearney Regional Hospital and released Sunday. 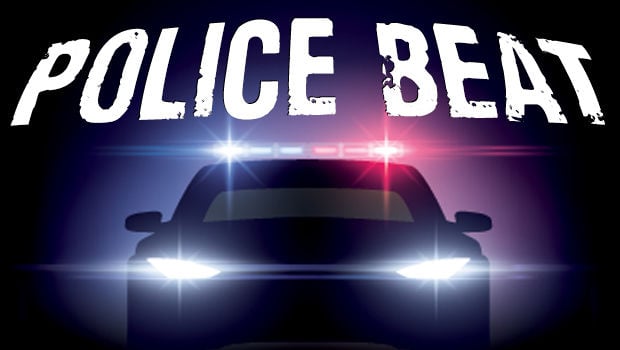