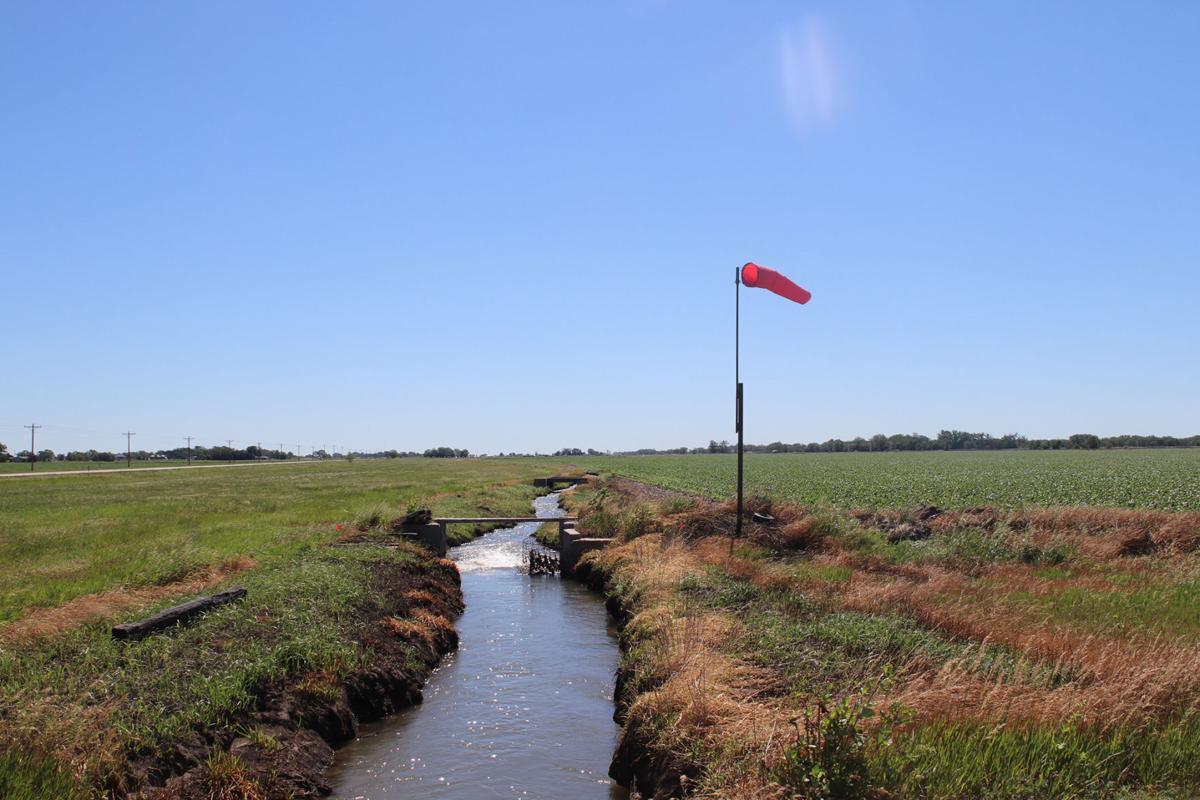 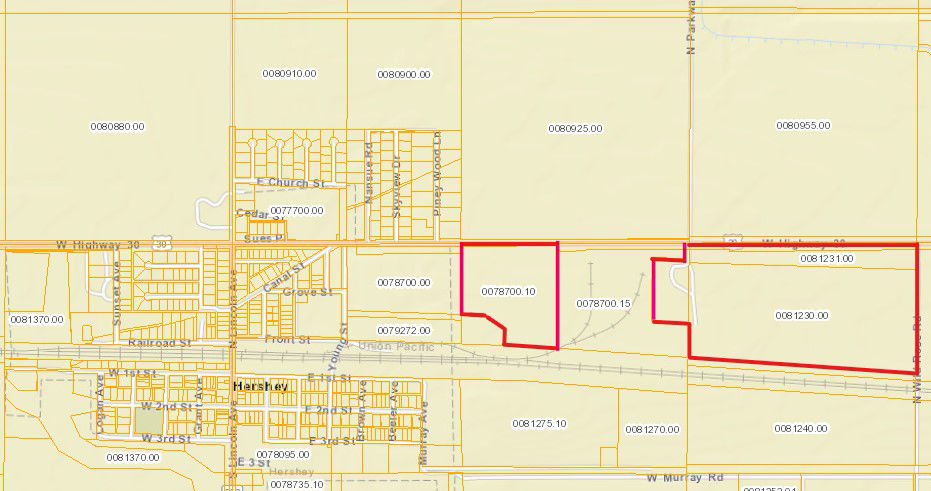 The Lincoln County industrial “rail park” proposed by the North Platte Area Chamber & Development Corp. would encompass both of the outlined tracts just east of Hershey. Greenbrier Rail Services, which makes wheels for train cars riding the nearby Union Pacific Railroad mainline, lies in between the parcels where the U.P. rail spur can be seen. The eastern parcel of the combined 118-acre site lies about six miles west of the west edge of Bailey Yard.

The first batch of 143 proposed bills and constitutional amendments also featured the resumption of Bayard Sen. Steve Erdman’s effort to replace most of Nebraska’s taxes with state and local “consumption taxes” on purchases and services.

The 49 senators have until Jan. 21 to introduce new bills, which could become law either in 2021 or 2022 should lawmakers and Gov. Pete Ricketts agree.

Legislative leaders shied away from it then but encouraged Groene to bring it back as a separate bill this year, the District 42 senator has said.

As introduced, non-metro Nebraska communities on or near railroads could apply for matching state funds to help develop and build rail parks.

Funds could be used for “site acquisition and preparation, utility extensions and rail spur construction,” along with help to launch an “initial tenant ... in the manufacturing, processing, distribution or transloading trades.”

Groene’s “Nebraska Rural Projects Act” could award no more than $10 million in matching funds statewide before it expires.

It also would depend on the Legislature including the actual money in the state’s budget, LB 40 says.

Chamber officials in June secured purchase options for two tracts totaling 118 acres on either side of the dormant Greenbrier Rail Services plant.

The western tract borders the village limits of Hershey, which would be asked to annex the rail park.

Chamber President and CEO Gary Person said Thursday the rail park would materialize more quickly if LB 40 passes and it can tap the proposed matching funds.

“It could make the difference between it happening and not happening, because it’s expensive to put in,” he said.

The Hershey rail park’s estimated costs aren’t known, he added, but LB 40’s $10 million cap would leave room for other Nebraska cities to seek state help should they want to pursue their own rail park.

Planning is well under way, Person added, thanks to a $25,000 Nebraska Public Power District matching grant on top of $75,000 from the city of North Platte’s Quality Growth Fund.

QGF’s dedicated city sales-tax money can be used for Lincoln County projects outside North Platte if it can be shown North Platte would benefit economically.

“We got a clean report saying there were not any significant findings of environmental concern” on the would-be rail park tracts, he said.

The chamber in December hired TranSystems, a Kansas City-based engineering firm with an Omaha office, to develop the park’s conceptual design for U.P. officials to review and endorse.

Talks are in progress with a potential “anchor client,” and two other potential manufacturers needing rail access have contacted the chamber, Person said.

He’s also working with Hershey village officials toward annexing, zoning and redeveloping the rail-park tracts later in 2021, he said.

Erdman’s consumption-tax proposal will go before the Legislature for the second time after its 2020 predecessor failed to advance to the Unicameral floor.

Gordon Sen. Tom Brewer is one of eight co-sponsors of Erdman’s plan, which includes both a proposed constitutional amendment (Legislative Resolution 11CA) and a bill (LB 133) to make it operative should voters approve it.

LR 11CA would put the new tax into effect on Jan. 1, 2024, when local property taxes and Nebraska’s current state income, sales and inheritance taxes would be abolished.

A state consumption tax on “purchases of services and new goods” — except for fuel purchases — would take effect on that date. LR 11CA and LB 133 would enable local governments to adopt consumption taxes in place of their lost local taxes.

Federal, state or local governments buying services and new goods in Nebraska would have to pay the new tax under LB 133.

Erdman has said he believes a consumption tax would be more uniform and easily replace the lost income from Nebraska’s age-old property tax system and the income and sales taxes first adopted in 1967.

Nebraska voters would decide the consumption tax’s fate in November 2022 should it clear the Legislature.

Lincoln County’s proposed industrial “rail park” would sit on 118 acres just east of Hershey and between the Union Pacific Railroad and U.S. H…

Groene will serve on the Natural Resources, Agriculture and General Affairs committees as part of the final list of committee assignments senators approved Friday.

The Lincoln County industrial “rail park” proposed by the North Platte Area Chamber & Development Corp. would encompass both of the outlined tracts just east of Hershey. Greenbrier Rail Services, which makes wheels for train cars riding the nearby Union Pacific Railroad mainline, lies in between the parcels where the U.P. rail spur can be seen. The eastern parcel of the combined 118-acre site lies about six miles west of the west edge of Bailey Yard.