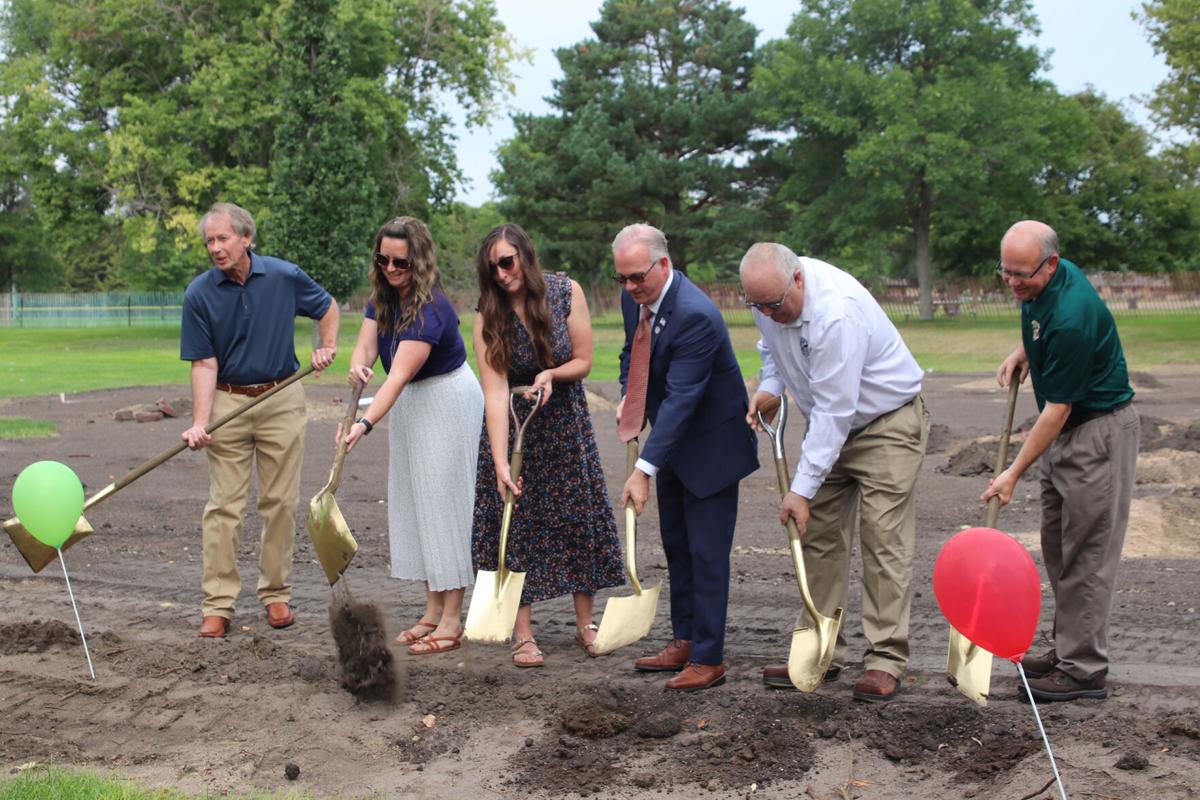 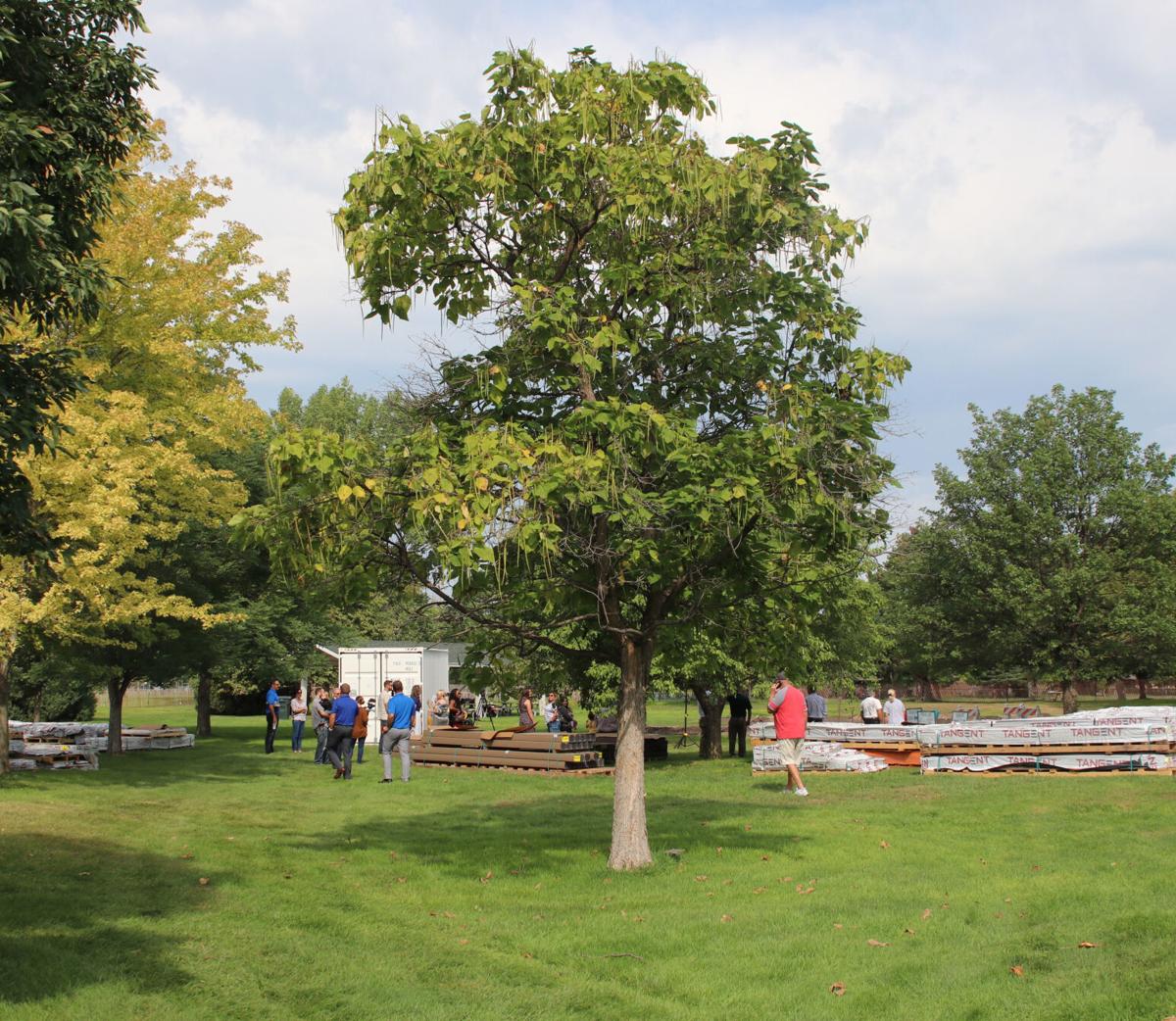 Piles of supplies line the boundaries of the $400,000 Community Build Playground to be installed this week on the southeast side of North Platte’s Centennial Park. Earth-moving equipment had broken up the playground’s intended location in advance of Monday morning’s formal groundbreaking ceremony.

The supplies were piled and the foundation work already begun Monday morning as city officials and leaders of North Platte’s Community Build Playground officially turned the first shovels of earth.

Local residents can join them starting Wednesday when volunteers start five to seven days of assembly of the privately funded $400,000 playground replacement on Centennial Park’s southeast side.

“This is an example of our community coming together to make something that — let’s be honest — will be really cool when it’s done,” Mayor Brandon Kelliher said in brief groundbreaking remarks.

About 25 people gathered Monday to celebrate the project’s fundraising success just 11 months after the City Council gave its blessing to the effort.

“We had hopes, but we didn’t know” whether installation could happen this fall, said Tauni Morris, project co-coordinator with fellow North Platte resident Emily Wurl.

“It was a weird climate with the COVID situation, and we didn’t know what the community (fundraising) climate would be. We were just blown away.”

Donations large and small pushed fundraising well past the initial $334,000 goal, aided by a $105,364 push May 5 on North Platte Giving Day that set a single-project record for that annual effort.

Reaching the $400,000 mark proved critical in staying on track despite rising supply costs due to the pandemic, the two women said.

It also meant the community-designed project, overseen by Playgrounds by Leathers, wouldn’t have to tap interest from the city’s Newburn Fund.

Volunteers can simply show up starting Wednesday to help with installation, Wurl and Morris said. They can sign up for specific tasks at webuildnp.org.

They hope the playground can be ready for use by mid-October, once the project’s poured-in-place rubber surface is finished. Landscaping will wait for spring, they said.

North Platte police are investigating after a dead female was found in a residence Saturday.

“I regret it, but I can’t take another year like this,” Commissioner Bill Henry said of his decision to resign. “I’ve done a lot of painful soul-searching and prayerful time these last several weeks, and I’ve got to get out. I really do.”

He announced North Platte’s Buffalo Bill Rodeo at Nebraskaland Days for the 40th time in June.

The man refused to speak with investigators before his arrest. He is being held without bail.

The fight seemed to be prompted by the social media platform that has recently inspired teens across the country — and in Lincoln — to perform "devious licks" by vandalizing school bathrooms and stealing school property.

Over the years, the ride has raised about $240,000 for families of cancer patients, accident victims and others.

Once the pandemic emergency has concluded, the POD will be available for different uses. Currently, the POD is set up in the city parking lot between First and Second streets and Chestnut and Bailey, just south of the Federal Building.

The story of people being forced to leave their village, Director Darrell Drullinger said, is similar to what is seen in today’s news as people are being forced to flee Afghanistan. The show opens Friday night.

Piles of supplies line the boundaries of the $400,000 Community Build Playground to be installed this week on the southeast side of North Platte’s Centennial Park. Earth-moving equipment had broken up the playground’s intended location in advance of Monday morning’s formal groundbreaking ceremony.