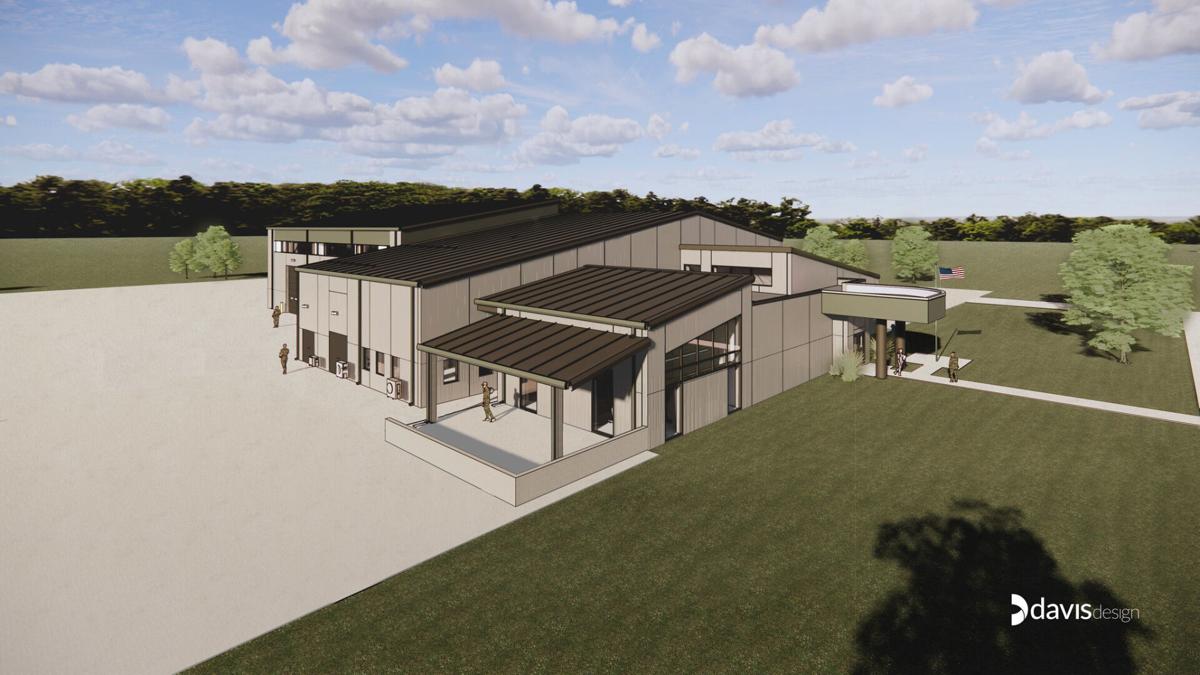 This artist’s rendering shows the new Nebraska National Guard vehicle maintenance shop now being built on the west end of the North Platte Regional Airport. Perry Reid Construction of Lincoln is contractor for the $9.3 million, 23,868-square-foot project, with Davis Design Inc. of Lincoln as architect. 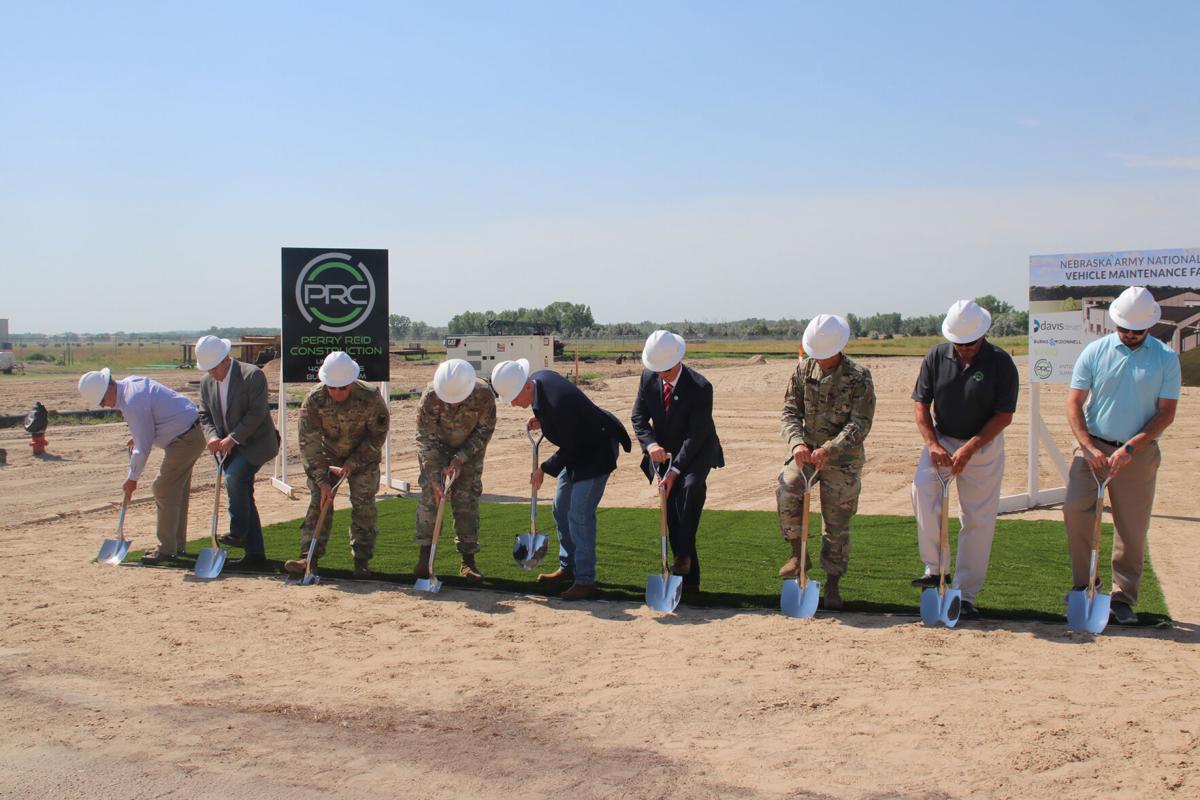 This wasn’t a groundbreaking involving the breaking of undisturbed ground.

Plenty of earth had been moved at Lee Bird Field’s west end as state and local leaders gathered Wednesday to officially launch a decadelong relocation of North Platte’s Nebraska National Guard facilities to the airport.

A new readiness center will follow by the end of the 2020s as the Guard moves toward retiring its 1955 armory at 1700 N. Jeffers St., Bohac said in brief remarks.

The 7,000-square-foot armory “was really not going to be sustainable in the long term,” Bohac said. “But there was never any discussion of leaving North Platte.”

He thanked city and North Platte Airport Authority leaders for providing 41 acres so the Guard could build anew at the airport.

“It’s a great example of a local community working together with the state and the federal government to provide the resources to make this happen,” Bohac said.

Ricketts reminded the approximately 50 people at the ceremony of the Nebraska Guard’s yeoman service statewide after 2019’s “bomb cyclone” and the 2020-21 COVID-19 pandemic.

He said the members of the 1075th Transportation Company, which will occupy the new vehicle shop, have lived up to their motto: “Nothing happens until something moves.”

“It’s a pretty impressive track record,” the governor said. The new North Platte shop “will help make sure that going forward, the Nebraska National Guard will be able to continue delivering for the people of Nebraska as they have the past two years.”

Ricketts said he plans to be back to cut the ribbon on the new building, which is scheduled to be finished next summer.

Kelliher briefly called attention to North Platte’s historic support for the military. “We understand the sacrifices you make for us,” he said. “We will always honor you as long as I have this office.”

“We are very excited to be here,” he said.

While North Platte saw the warmest fall on record, the coldest is yet to come

UPDATED, Dec. 1, 9:30 am -- Daily high for Nov. 30 and September-November average high updated to reflect official Nov. 30 high as recorded by…

A proposed horse racetrack and casino in North Platte could mean about $115 million in tax revenues for the city, county and state over a deca…

With no debate and a unanimous Community Redevelopment Authority vote, Sustainable Beef LLC’s plan to build a meatpacking plant atop a retired…

The Christmas Village originated at Memorial Park in 1947 with five houses and has grown to 15 houses this year. The display was moved to Cody Park in 2003.

The 24-year-old called Lincoln police at around 5 a.m. Wednesday and said his money, jewelry and shoes were stolen.

“The extraordinary giving by Joe and Dorothy Conger have benefited a great many people here,” said Eric Seacrest, executive director of the foundation.

This artist’s rendering shows the new Nebraska National Guard vehicle maintenance shop now being built on the west end of the North Platte Regional Airport. Perry Reid Construction of Lincoln is contractor for the $9.3 million, 23,868-square-foot project, with Davis Design Inc. of Lincoln as architect.