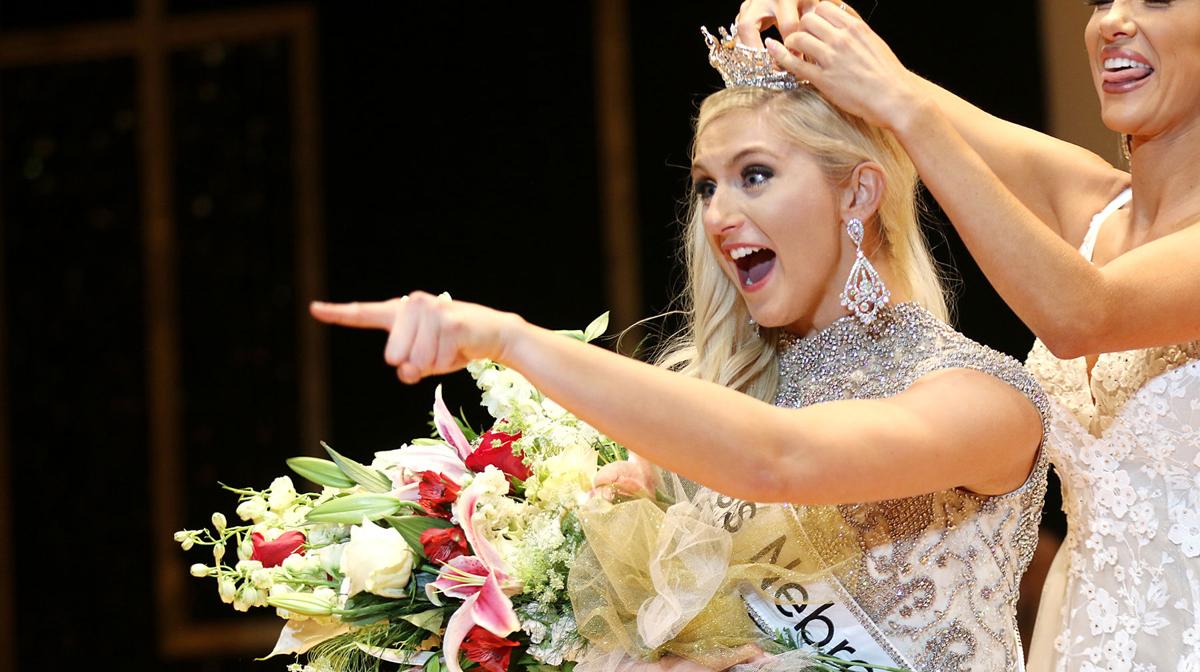 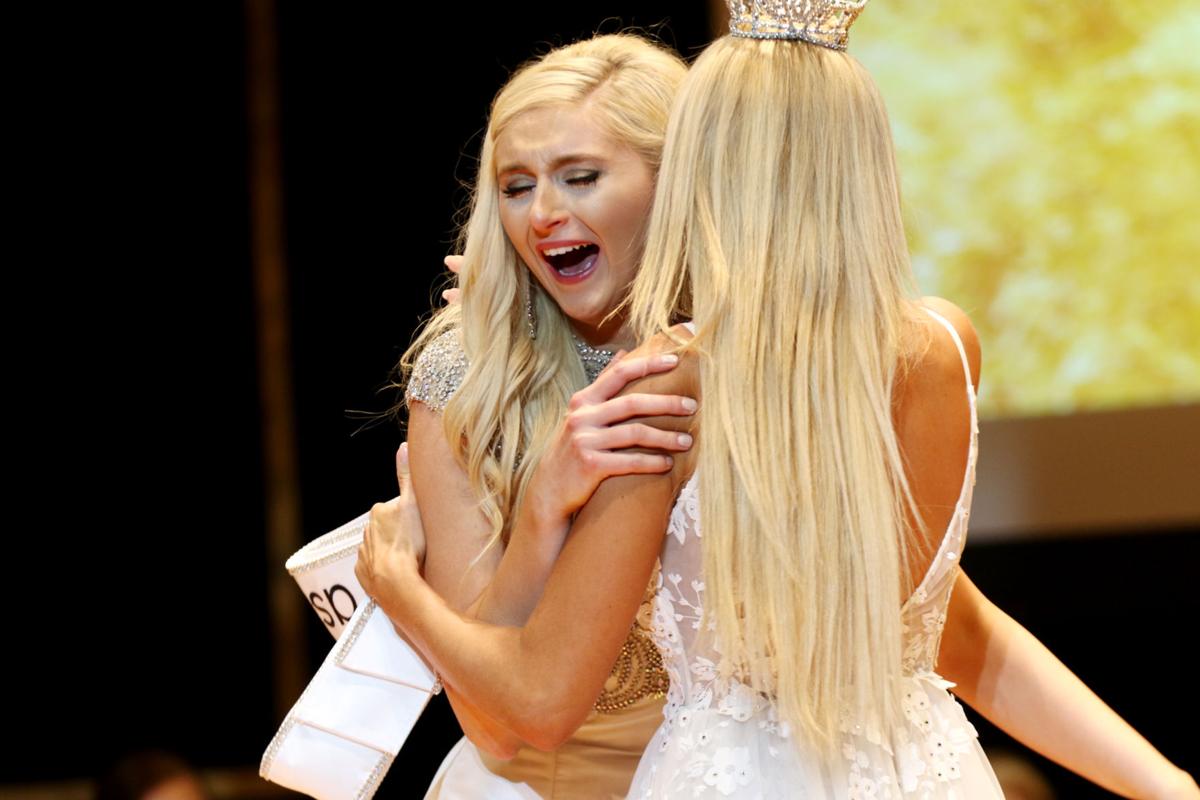 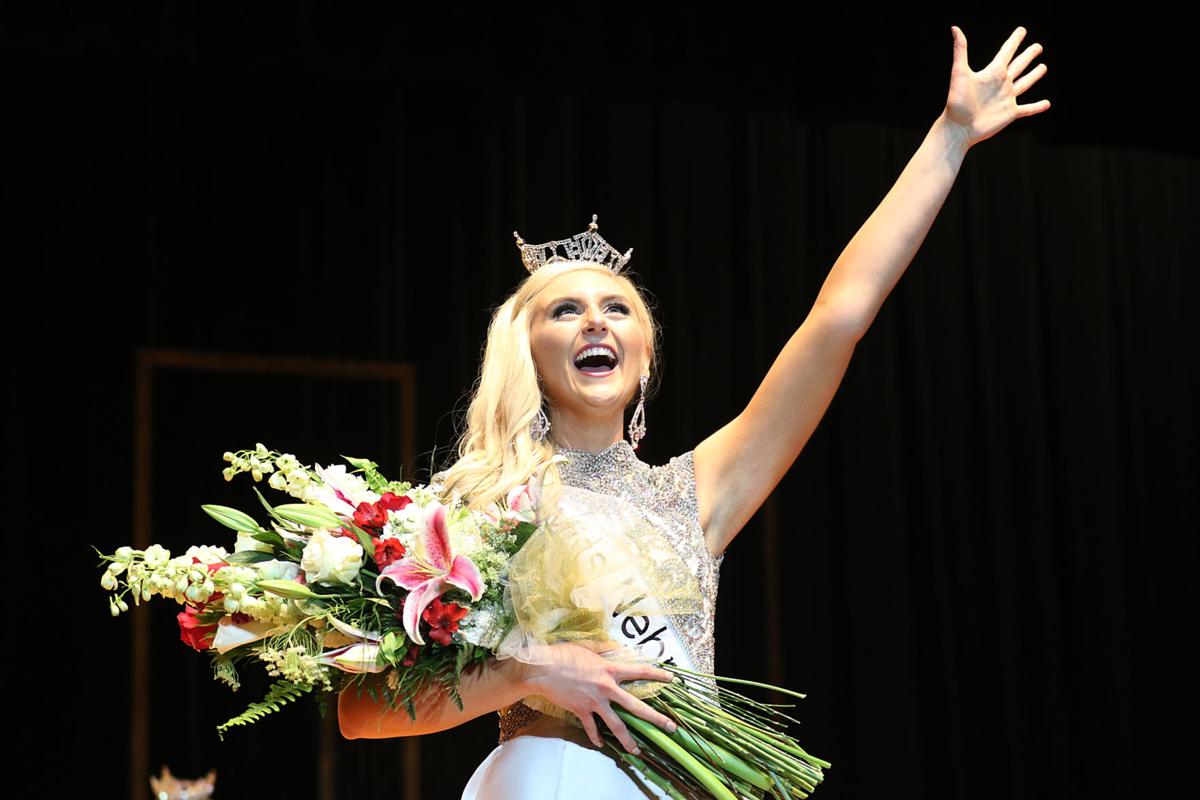 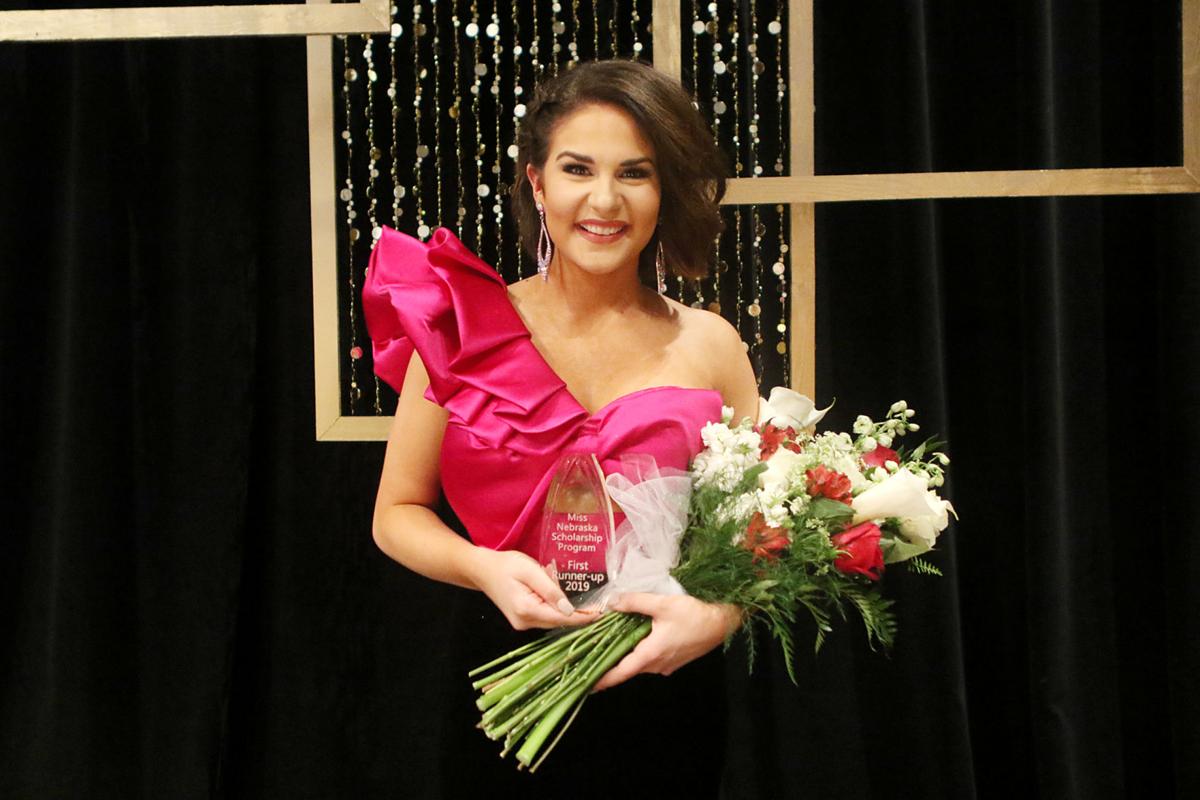 Miss Nebraska runner-up Allison Baird of Gering poses with her award and bouquet Saturday at the Performing Arts Center in North Platte.

Miss Nebraska runner-up Allison Baird of Gering poses with her award and bouquet Saturday at the Performing Arts Center in North Platte.

Allie Swanson is the 2019 Miss Nebraska and will represent the state at the Miss America Competition in Atlantic City Sept. 5-9.

The new Miss Nebraska will have the opportunity to share her Social Impact Statement across the state as she works to educate Nebraskans on the use of digital media.

She is an Omaha native and graduate of Evangel University and is currently a master’s program student at Bellevue University. The first two nights of the program, Swanson won both the Evening Wear and the On-Stage Interview. Allison Baird, Miss Nebraska State Fair, who also won the Evening Wear and On-Stage Interview portions of the competition on opposite nights, is the 2019 Miss Nebraska runner-up.

“I am the new Miss Nebraska and I’m beyond words right now,” Swanson said. “I told the girls after it was announced that it could have been any one of us. This is the most amazing class of women.”

Swanson said she takes the responsibility of being Miss Nebraska seriously and wants to do the best job she can. Winning the title is not new to the Swanson family as her sister Megan Swanson was Miss Nebraska 2014.

“That’s what makes this super special,” Swanson said. “This is actually her 5-year anniversary and she humbly took the back seat and chose not to be honored to just let me have my moment in the competition.”

Swanson is the society engagement coordinator at Smart Gen Society (formerly Smart Girl Society), a non-profit teaching students, parents and educators how to safely use digital media, which has also been her social impact initiative as Miss Omaha and Miss Heartland.

“I really want to get a meeting with Gov. Pete Ricketts,” Swanson said. “I really think our state needs updated legislation regarding social media.”

Swanson sang Whitney Houston song “Run To You” during the talent portion.

Eight finalists competed in three categories on Saturday night for the chance to wear the crown and earn the title of Miss Nebraska.

The non-finalist talent award winner was Whitney Miller, Miss Omaha, who performed a dance. Volunteer of the Year went to Shardel Nelson, who was the Miss Alliance Program Director for a number of years.