Coronavirus update: Wave of evictions expected as moratoriums end in many states. Get the latest.

A fully occupied heart of North Platte’s historic Canteen District apparently will greet the completion of the $2.81 million “bricks” renovation of six blocks of downtown streets.

She said the Canteen District south of the Union Pacific tracks, added July 1 to the National Register of Historic Places, is also nearly fully occupied outside of the 1929 Hotel Pawnee.

“Given the (COVID-19) pandemic and construction, the downtown is still thriving,” Brandt said. “I think this shows that people were excited about the improvements being made and support the revitalization efforts.”

She said 14 downtown business spaces were vacant in July 2018, soon after the 1970s “urban renewal” awnings on Dewey were removed and the city’s façade renovation program began picking up steam.

The latest downtown businesses will include Pro Printing & Graphics, which will move from 2719 Halligan Drive near Interstate 80 into the former Brown-Harano space at 412 N. Dewey in the 1908 Keith Theatre Building.

Pro Printing owner Judy Pederson said her business’s lease is up at the Halligan site. She expects to open for business about Oct. 1 in the longtime photo studio location.

“I think it’s exciting to do that,” said Pederson, who will be next door to longtime Keith Theatre occupant Excel Screen Print. “The building was sized right, and that’s always a consideration.”

Brandt said financial adviser Yoko Lawing’s Zen Wealth Strategies is in the process of moving from 1120 N. Tabor Ave. into the open space at 115 E. Fourth St. in the back of the 1913 McCabe Building.

Finally, CR Rustics will open Saturday at 413 N. Dewey in the 1913 Howe/Maloney Building, once one of two downtown storefronts for F.W. Woolworth & Co.’s five-and-dime.

It was linked at its back to the Maloney Building at 214 E. Fifth St., where Wilkinson Development now has its headquarters. Both former storefronts retain the classic red Woolworth’s signage strip above their doors.

Meanwhile, Paulsen Inc. construction crews this week began pouring the new concrete parking strips on both sides of Dewey as water and storm-sewer work continued on East Fifth between Jeffers and Dewey.

They’re about 50 days into the second half of the city’s “street and below” renovations, which began with the rebuilding of three blocks of East Sixth Street between late February and early June.

As in the project’s first half, the paving bricks first laid in 1916 on Dewey and East Fifth will be reset. Paulsen expects to have the final three blocks reopened by November.

Downtown Association members are poised to install “street and above” streetscaping in Paulsen’s wake. Retro-style streetlights matching those now installed on East Sixth also are part of the plan. 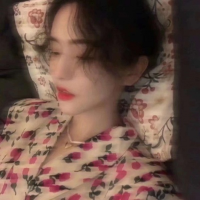 I think this shows that people were excited about the improvements being made and support the revitalization efforts,too