ST. LOUIS — A federal jury on Thursday awarded $80,000 in damages to Steak 'n Shake over a former employee's social media post claiming she found worms in a hamburger at the restaurant in Florissant, Missouri.

The jury awarded the company $70,000 in actual damages and $10,000 in punitive damages against Melissa White following a three-day trial.

Lawyers on for the restaurant chain couldn't be reached for comment Friday.

In a court filing before the trial, lawyers for the company said White was mistaken when she believed she found worms in a burger that she was preparing for herself on Jan. 5, 2018. What she actually saw was fat that rose to the surface of the patty when White applied pressure to it, according to the filing.

A district manager investigated and found no evidence of worms in patties that he inspected. White was uncooperative, triggering a call to Florissant police and a request that she leave the store, the filing said. Within an hour she'd posted her "defamatory" claims to Facebook, accompanied by pictures, the filing said. The post was shared at least 36,654 times and “liked” by at least 7,400 other people, some of whom vowed to never eat at Steak 'n Shake again, the filing said.

The company sued White later in 2018. The suit said White deleted a Facebook comment with the health inspector's report that said there were no problems with the meat and a picture that showed fat, not worms, on a patty.

Henderson told the Post-Dispatch on Friday that jurors heard from an entomologist who had examined the patty, which White had kept frozen, and found three fly larvae.

The company, Henderson said, focused on the fact that she hadn't turned over the patty right away and claimed she wrote the Facebook post because she was fired.

“From her standpoint, she was trying to do the right thing to protect the public," Henderson said, saying White warned customers and took other patties off the grill.

He said the verdict could force White into bankruptcy. 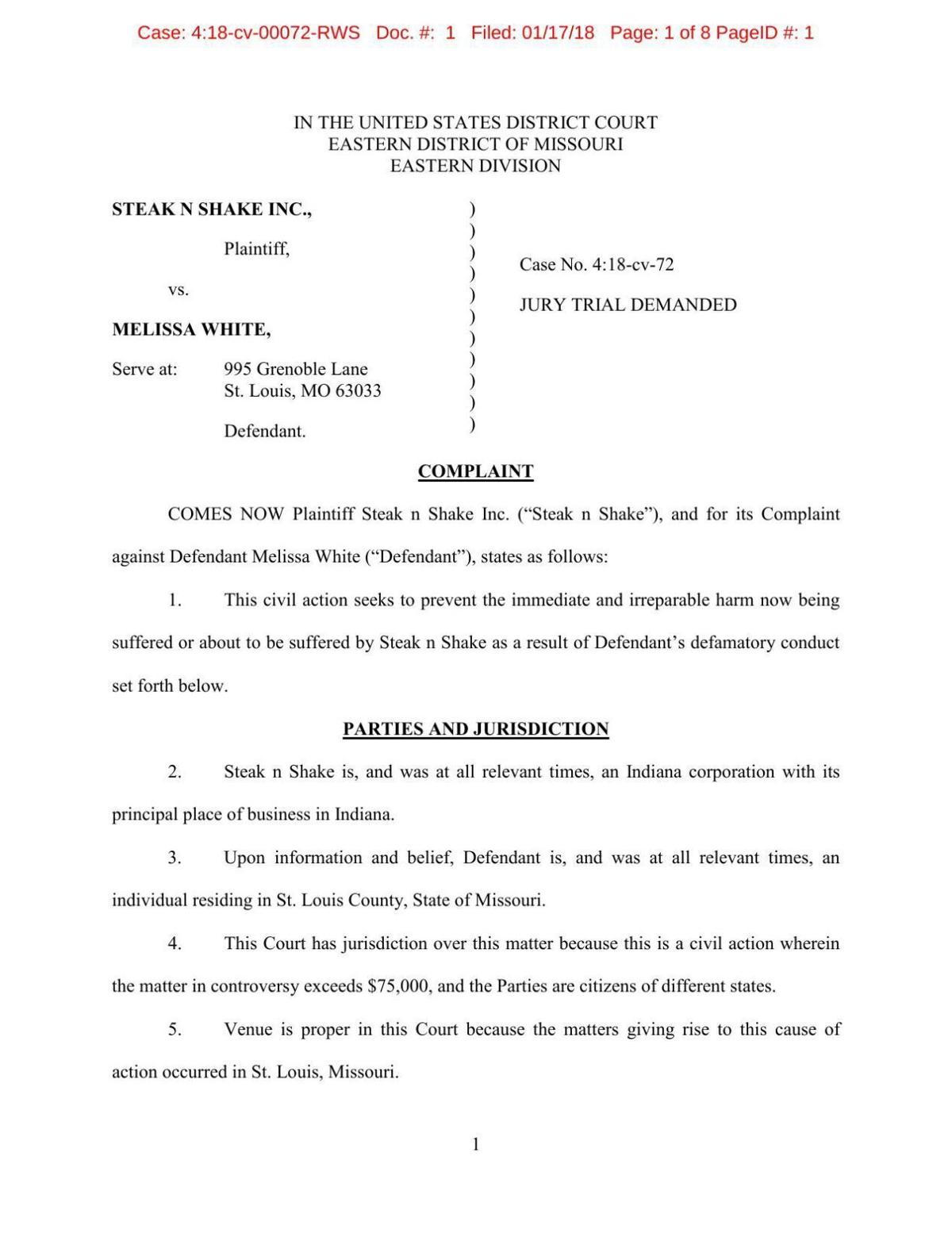 A 13-year-old girl was hit in the face by a seagull while riding an amusement park ride in New Jersey. Here's video courtesy of the Press of Atlantic City.

CDC reverses course on masks in areas where virus is surging; schools included in new guidance

Scientists cited new information about the ability of the delta variant to spread among vaccinated people in announcing new CDC mask recommendations.

The nation's top health agency was expected to backpedal on its masking guidelines and recommend that even vaccinated people wear masks indoors.

McCormick recalls some seasonings due to salmonella concern

McCormick & Co. is voluntarily recalling some seasonings due to possible salmonella contamination.

Federal workers will be required to verify they've been vaccinated against the coronavirus or else face mandatory masking, weekly testing, distancing and other new rules.

New data strongly suggests COVID-19 jumped to humans from a wild animal sold at a Wuhan meat market, not from a Chinese germ lab, says a prominent University of Arizona researcher who specializes in the origins of outbreaks.

Illinois man who was wounded by robber shoots and kills him. Now he's going to prison for 4 years

This isn’t the first brush with gun trouble for the Decatur man, whose aliases on his jail booking sheet include the name “Pistol-Pete.”

Walmart will pay for full college tuition and book costs at some schools for its U.S. workers, the latest effort to sweeten benefits as it seeks to attract and retain talent in a tight job market.

A new poll underscores challenges facing health officials amid soaring infections in some states: 45% of unvaccinated Americans say they definitely won't get shots. Plus, get the latest data and updates on a persisting pandemic.

Biden to announce end of US mission in Iraq; typhoon headed for Olympics; Jan. 6 committee to start work

President Biden set to announce end of U.S. mission in Iraq; typhoon headed for Olympics; and Jan. 6 committee begins work. Get caught up.