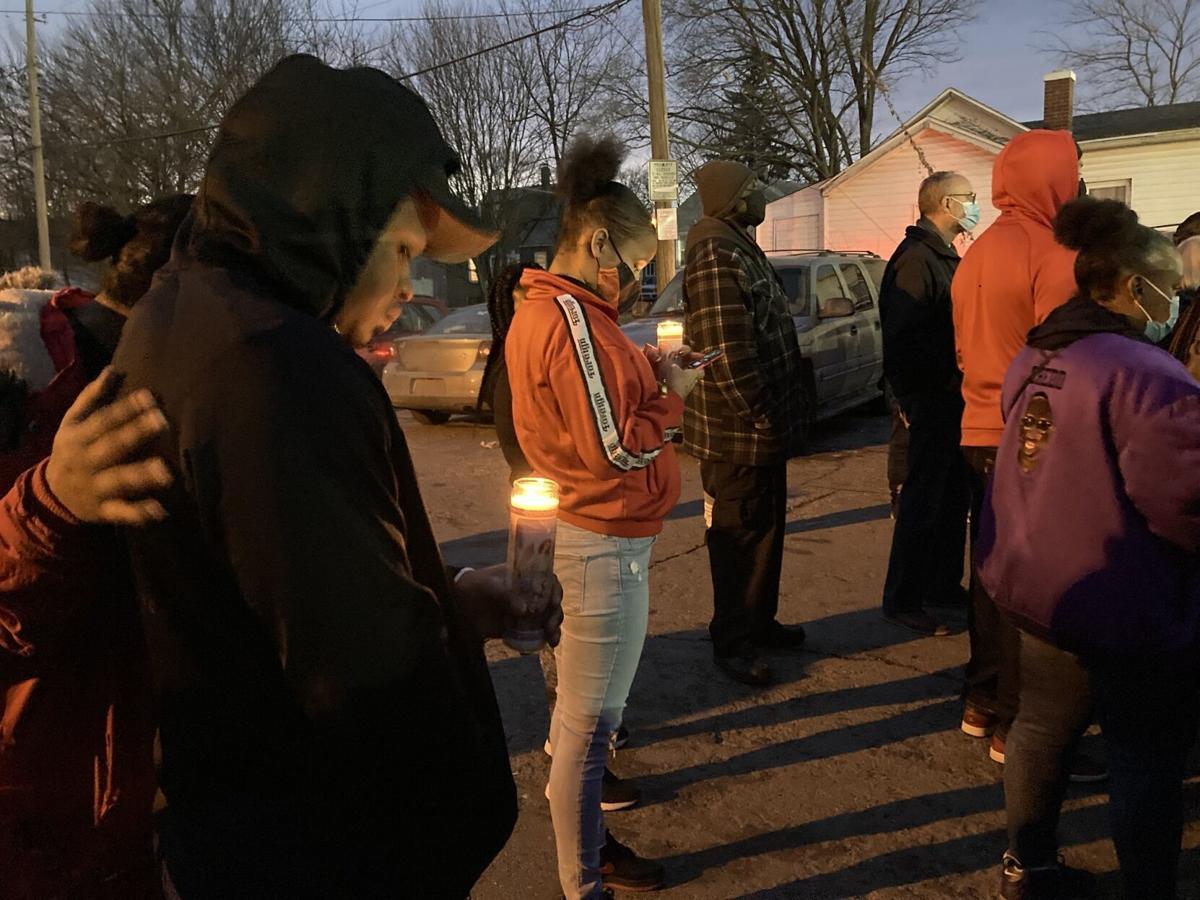 Friends and family gathered in South Omaha on Tuesday evening to remember 30-year-old Kiaris "Keyz" Avant, who was fatally shot in this parking lot at the Afoma Corner Store. 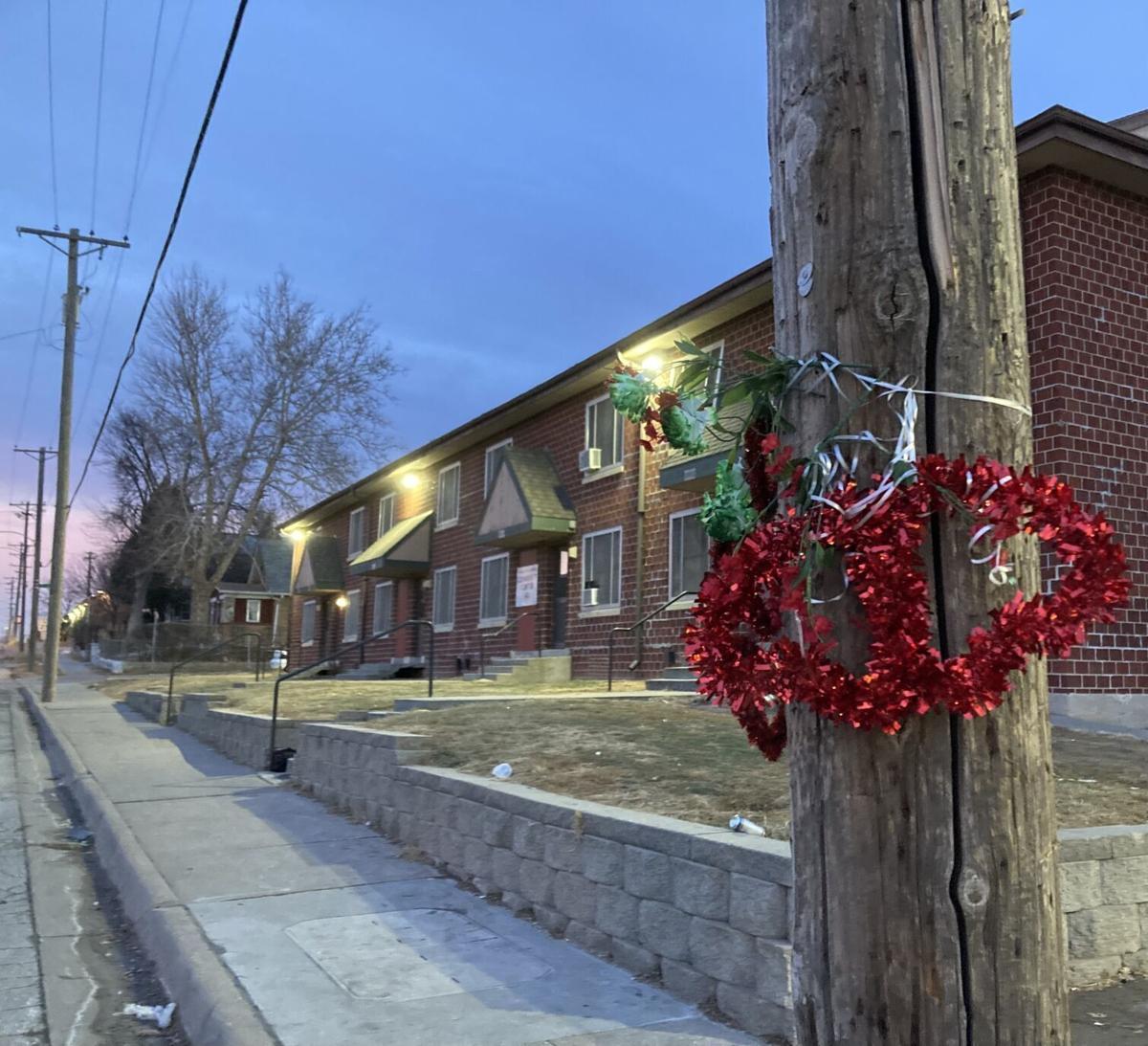 A memorial was made near where Kiaris "Keyz" Avant was fatally shot Saturday in South Omaha. 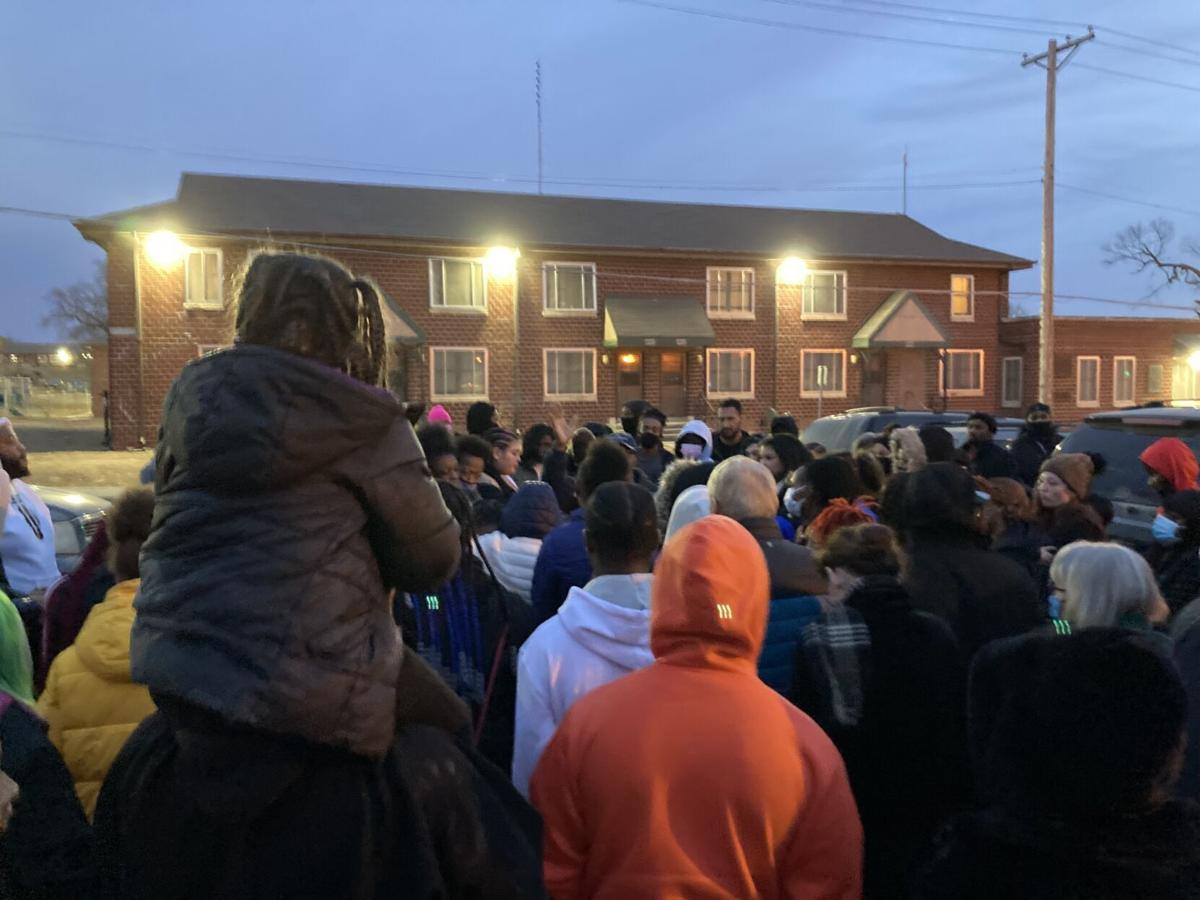 Friends and family of Kiaris "Keyz" Avant gathered Tuesday evening at the site where was fatally shot — across the street from the Southside Terrace apartments where he had grown up.

At the end of the night, the sobs of Kiaris “Keyz” Avant’s mother said it all.

Her 30-year-old son would not be walking through the door in search of a hug. He’d not be checking in to see how her day went.

Avant was killed Saturday evening as he sat in a car near the South Omaha public housing complex where he’d grown up. He was shot in the head in what police say was a targeted shooting.

His family says that the shooting was a case of mistaken identity and that Avant was in the wrong place at the wrong time.

On Tuesday evening, more than 50 people gathered in the parking lot where Avant was killed for a prayer vigil organized by the First Responders, a local ministerial group.

The Rev. Bruce Williams asked those gathered at the Afoma Corner Store, 5522 S. 30th St., to surround Avant’s mother with prayer and love.

“Let her know that her pain is our pain, her loss is our loss,” Williams said.

Avant was a father of two and sibling to five brothers and sisters.

His sister, Shy, said her brother was a loving and generous person and a talented rap musician whose music spoke about his experiences.

“We all grew up the same way,” she said, motioning to the Southside Terrace apartments across the street from the convenience store. “He motivated people to be bigger than where we came from … I felt like he was going to be someone to make it, and they took that away from him.”

She and her brother Donald said the large crowd gathered at the vigil showed that their brother was loved.

“Everybody here is not blood (relations) to him, but they are still family to him,” she said.

Avant had moved to Lincoln and was working in construction there, she said.

Friends said Avant was the kind of person who made sure you didn’t go hungry or in need, but also “told you the truth about yourself whether you wanted to hear it or not.”

Family members have set up a gofundme account for services for Avant.

Most dangerous cities in Nebraska

A note about the numbers

One man dead in Kearney shooting

Witnesses reported seeing other subjects running away from the area and getting into a car and leaving the area.

Already facing trial on two felonies, the Rev. Michael Gutgsell was charged with felony theft by deception after allegedly taking more than $100,000 from a church in Sarpy County.

About two hours after the crash, the driver's preliminary breath test was .156 — nearly double the legal limit.

Police and emergency crews were called to the JBS meatpacking plant in Grand Island at about 3:30 p.m. Friday on a report of a head injury. The worker, Esteban Mantilla of Grand Island, was later pronounced dead at the hospital.

An Omaha man who fled to Nicaragua while awaiting trial on child enticement charges won’t be going to any remote locales anytime soon. His next destination: Tecumseh or Lincoln. In prison.

Columbus officers respond to call of a person who fell; he allegedly tells them of homicide

Columbus police arrested a man Sunday on murder charges after the man first responders assisted after he fell outside allegedly told them that he killed a man.

A trooper saw a Ford Explorer fail to signal a turn after exiting Interstate 80 at mile marker 360, near Waco. During the traffic stop, the trooper became suspicious of criminal activity.

The female passenger reported that she had been handcuffed by the suspect during the drive from Indiana to Nebraska.

Despite the fact that a safety data sheet identified petroleum residue as highly flammable and containing benzene, a known carcinogen, workers were sent into the car without testing for benzene levels.

John Caillau was driving 106 mph in a 45 mph zone. His blood alcohol content measured .41% after the crash that killed Jim Yungbluth, described as “one of the nicest men to walk the Earth.”

Friends and family gathered in South Omaha on Tuesday evening to remember 30-year-old Kiaris "Keyz" Avant, who was fatally shot in this parking lot at the Afoma Corner Store.

A memorial was made near where Kiaris "Keyz" Avant was fatally shot Saturday in South Omaha.

Friends and family of Kiaris "Keyz" Avant gathered Tuesday evening at the site where was fatally shot — across the street from the Southside Terrace apartments where he had grown up. 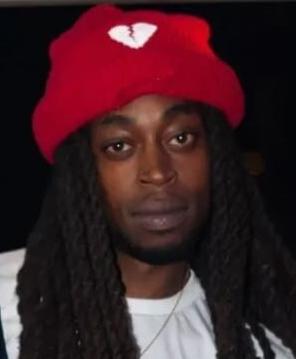