A man convicted of armed robbery and making terroristic threats in Lincoln in 2013 was one of two inmates reported missing Thursday from the Community Corrections Center in Omaha.

The Nebraska Department of Correctional Services reported Matthew Hurich left the facility Thursday evening and removed his electronic monitoring device, which was recovered less than a block away.

Also missing from the corrections center is Clifford Brown, who is serving just over three years for possession of a controlled substance on a charge out of Dawson County. He is 23, 5-6 and 185 pounds with brown hair and brown eyes.

Anyone who knows of their whereabouts should contact the Nebraska State Patrol or local authorities.

Former Nebraska quarterback Steve Taylor, a real estate agent in Lincoln, posted a statement to Facebook after rampant internet rumors falsely suggested he was involved in the altercation.

'The loss of Brady's life weighs heavy on my heart,' defendant tells judge at sentencing

In October, a jury found Patrick Tvrdy guilty of manslaughter for driving under the influence of cannabis when he fatally collided with 23-year-old Brady Sweetser in 2020.

Omaha woman took daughter for abortion, then returned her to stepdad who raped her

An Omaha woman was sentenced after taking her daughter to get an abortion then bringing the child home to be raped by the same man for the next three years.

In a letter sent to North High families, Principal Collette Nero said the school was deeply saddened by Synthia Elliott’s death and offered “heartfelt sympathy” to her family.

Nearly four years after the disappearance of a Wyoming man during a visit to Gering, his family continues to wait for answers.

A suspect was taken into custody Tuesday after firing a crossbow at authorities, then starting a fire inside a residence with fireworks.

Crews battled the fire for more than an hour, and remained on scene throughout the afternoon Thursday. One firefighter suffered heat exhaustion while battling the fire and was hospitalized.

Kevin Thornton has been arrested on suspicion of first-degree murder, use of a weapon to commit a felony and attempted robbery in the death of Sincere Brooks.

The Giltner man's 4Runner crashed and overturned in a ditch a short time after the pursuit was initiated, according to the Nebraska State Patrol.

The Nebraska State Patrol is investigating a shooting in Gering that involved an officer Thursday.

This Day in History: The Washington Monument is completed

The Bordeaux region, in crisis, calls for help to pull out vines

The Bordeaux region, in crisis, calls for help to pull out vines

Shocking royal family interviews that changed the course of ‘The Firm’

Shocking royal family interviews that changed the course of ‘The Firm’ 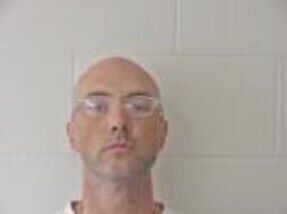 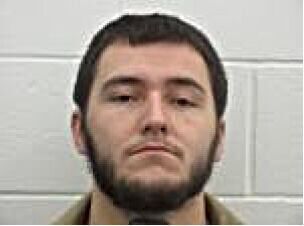