CDC issues new eviction ban for most of US through Oct. 3

National Guard, including Nebraska, set to cancel training until October because of funding impasse
0 comments
Share this
{{featured_button_text}}
1 of 2 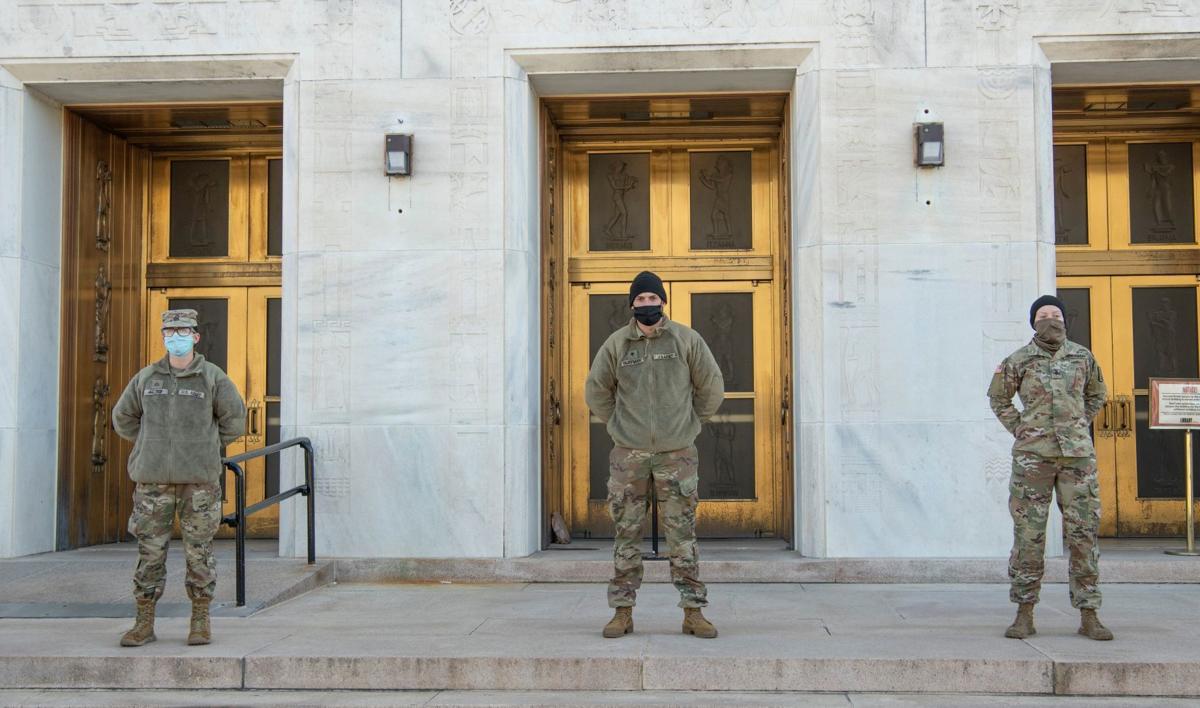 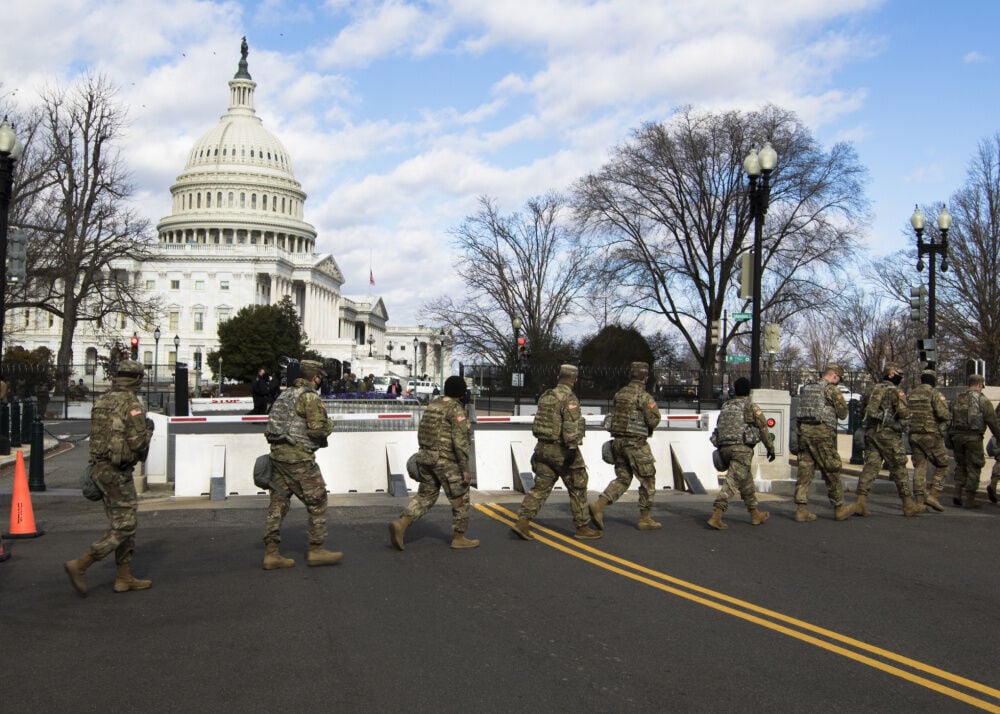 National Guard members in Nebraska, Iowa and across the country may lose training and pay for the next two months because Congress has failed to repay the Guard for protecting Washington, D.C., in the months following the Jan. 6 attack on the U.S. Capitol.

The National Guard Bureau spent $521 million to keep about 25,000 troops in Washington, manning concrete fencing and checkpoints around the building and providing security during President Joe Biden’s inauguration. Most left within a few weeks, but some soldiers stayed until the end of May.

The bureau expected Congress would pony up funds to repay them. But the bill to cover the costs has gotten tied up with Washington’s partisan gamesmanship.

“Time is running out,” said Maj. Gen. Richard Neely, adjutant general of the Illinois National Guard, at a media briefing Friday. “The loss of these funds will have a major impact on our readiness, both for our federal missions and for state emergencies.”

The Nebraska National Guard is facing a shortfall of $3.4 million. A state marksmanship contest scheduled for August already has been scrubbed, said Maj. Gen. Daryl Bohac, the state’s adjutant general, and a workshop for commanders to plan next year’s training has been postponed.

“We simply couldn’t afford to do it,” he said.

The critical question now is whether to cancel weekend Guard drills in August, which typically take place the first or second week of the month. Some soldiers and airmen also have not yet completed two weeks of annual training. They could also lose two months of Guard pay.

In Nebraska, Bohac said, top priority is given to soldiers who need training to receive credit for a year of service toward retirement as well as members of units that are deploying soon. That includes a pair of units slated to join the border patrol mission in October.

“We’re preserving where we can,” Bohac said.

The National Guard has been exceptionally busy in the past two years. Guard units aided with food distribution and vaccination clinics during the COVID-19 pandemic, security during Black Lives Matter protests in various cities last summer, and support for U.S. Customs and Border Protection agents along the U.S-Mexico border.

That’s in addition to the aid provided after natural disasters such as the March 2019 floods that hit both Nebraska and Iowa.

Neely warned that Guard units across the country would suffer “multiple and cascading effects” if forced to cancel drills and annual training.

“It would be punishing the force that has worked extremely hard in the last year, the last two years,” he said.

The National Guard Bureau raided its operations and maintenance funds earlier in the year to cover the deployment, with a promise of reimbursement by Congress later in the year.

Repaying the National Guard Bureau has nearly universal support in Congress. But, as often happens, the reimbursement package has gotten wrapped up with other budget priorities.

In April the House passed a $1.9 billion measure that wrapped up the Guard reimbursement with provisions to beef up the Capitol Police, including the creation of a quick-reaction force.

The Senate has not voted on a bill, but Senate Democrats are pitching a $3.7 billion bill that adds funding for the military’s coronavirus response and aid for resettlement of Afghan refugees with Guard reimbursement and Capitol Police funding.

A Senate Republican proposal priced at $633 million includes the Guard reimbursement with a few extras for the Capitol Police.

Last week, a group of House Republicans began building support for the National Guard Emergency Supplemental bill, a slimmer measure with only the Guard funding. Rep. Don Bacon of Nebraska has signed onto that. “Our Guard deserves to be fully trained, equipped and ready to answer the call,” he said in a statement.

Bohac said members of Congress may want to solve the problem, but there is so little time before Congress takes its traditional five-week August break.

“You’re talking days and hours, not weeks and months,” he said.

“This is really not typical,” Bohac added. “This is a one-off event that’s really causing a lot of disruption.”

Pentagon on lockdown after shooting near Metro stop

Pentagon on lockdown after shooting near Metro stop

Some officials at tourist attractions in south-central Nebraska and north-central Kansas say they were blindsided, and disappointed, by the firestorm over the proposed Kansas-Nebraska Heritage Area.

Gov. Pete Ricketts said his order is aimed at stopping a "land grab." But the fine print in the order limits its scope.

One anonymous complaint said Tom Strigenz had a sexual relationship with an employee that included “sex in the office.” It also alleged that Strigenz gave the woman a higher salary and job duties.

State Sen. Adam Morfeld of Lincoln said he's concerned the governor is advising people not to follow CDC guidelines when those guidelines could protect them from potential lawsuits.

The projects rance from stadium improvements at Burke High School to a new sea otter exhibit at the Henry Doorly Zoo.

Republican gubernatorial candidate Jim Pillen said his campaign centers on Nebraska values and the importance of family during a Thursday interview.

"At this time, I do not feel I will be able to devote the needed time to the campaign," the former Omaha state senator said.

Sen. Carol Blood may be Democratic candidate for governor

"I believe in people and policy, not party and politics," Blood said.

Current estimates point to 56% of the state's population residing in Douglas, Lancaster and Sarpy counties. The number of metropolitan Omaha and Lincoln senators currently stands at 25.

Nebraska redistricting maneuvering is all out of sight

The unstated goal for what could become a majority of senators will be to preserve as many rural legislative seats as possible; while that is not a directly partisan goal, it does translate into Republican seats in the Legislature.