The Daytona 500 is NASCAR’s premier event, attracting millions of viewers each year.

Thousands of famous drivers have made their livelihood based on their performance on the Daytona Speedway.

Jonathan Williams, a sophomore at Bellevue West High School, got a taste of the Daytona experience when he raced his Margay kart on the Daytona Speedway.

Williams’ experience was during KartWeek, an event organized by the World Karting Association.

Williams said KartWeek consists of a week where racers go down and race at several big tracks around the nation. For example, Charlotte Motor Speedway, Indianapolis Motor Speedway and Daytona.

Williams’ interest in the sport of karting began about two years ago near the start of the pandemic.

“I had been watching Formula One and NASCAR and really getting into it,” Williams said.

Williams said he raced roughly 98 drivers at the same time while at Daytona, with there being several different classes of karts at the event.

The trip from Bellevue to Florida was a long one. Williams and his father chose to drive down to the iconic speedway.

Williams has eyes on eventually making it big on the racing scene.

“Obviously, you got to start small. As of now, it is a little side hobby, but I really am getting into it and, like, meeting a lot of good drivers that go all around the nation and compete in the biggest events,” he said.

Williams is registered for next year’s Daytona event and said he looks forward to it.

Melissa Fish-Williams, Williams’ mother, said it was exciting for her son to race on a track where so many famous racers have been on.

“I actually had to stay home in Nebraska with his brothers, but my husband got to go down to that, I mean, just thinking about it, it’s such a huge experience,” she said.

In kart racing season, Williams races his Margay kart for on-road racing and a LO206 cage kart for dirt racing.

Williams will race on dirt with his LO206 kart at the Sunset Speedway on Thursdays from May to August.

Williams plans to travel with his Margay kart to Charlotte in March and Indiana in May, among several other locations.

Great routes for a weekend cruise in Nebraska

Brownville to Edison on Highway 136

The regulations approved this week and set to go into effect on Monday open the window for potential casino operators to apply for licenses some 18 months after voters approved expanded gambling at the state's horse tracks.

The owner of a warehouse near the Lincoln Airport is suing AltEn for failing to make payments on a $10,893.75 monthly lease and $1,556.25 for insurance, taxes and utilities.

Five vans full of Vietnam War veterans drove through Scottsbluff as part of an Honor Flight. They were accompanied by motorcycle riders and cheered on by a flag-waving crowd of more than 100.

The city attorney declined to comment on a new federal lawsuit filed earlier this week in Lincoln involving the actions of the same Cozad officer, John Peden, earlier this spring.

The Genoa U.S. Indian Industrial School was believed to be the lone government-run Native American boarding school in Nebraska. But researchers have now identified eight more schools that meet the criteria.

It wasn’t the first solo hunting trip for the 17-year-old Nebraska teen, but it was the first time she was successful by herself.

A historic building in north downtown Omaha is slated to be revamped under plans that would create commercial space and apartments in Millwork Commons, near 13th and Nicholas Streets.

Autumn Yoder was placed into foster care at 15 and eventually left the system without being reunified or adopted. Thankfully, she found a community at the HUB Lincoln, an organization serving those transitioning out of foster care.

Miss the eclipse? Here's video of the Super Blood Moon from all over South America

Miss the eclipse? Here's video of the Super Blood Moon from all over South America

Deborah Birx warns of virus surge across US South

Deborah Birx warns of virus surge across US South 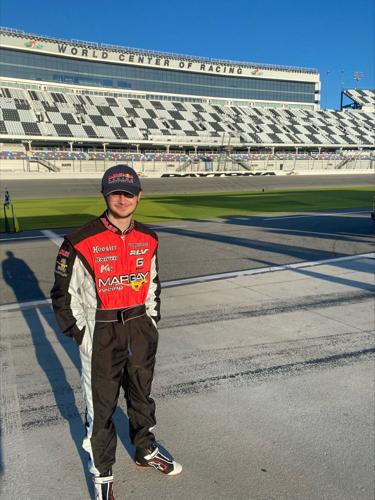 Johnathan Williams, sophomore at Bellevue West High School, got to race in the Ignite Senior Margay category at the Daytona Speedway as part of KartWeek. He placed fourth in the category. His Grandpa John and father Jarrod drove him down to Daytona and were his pit crew. 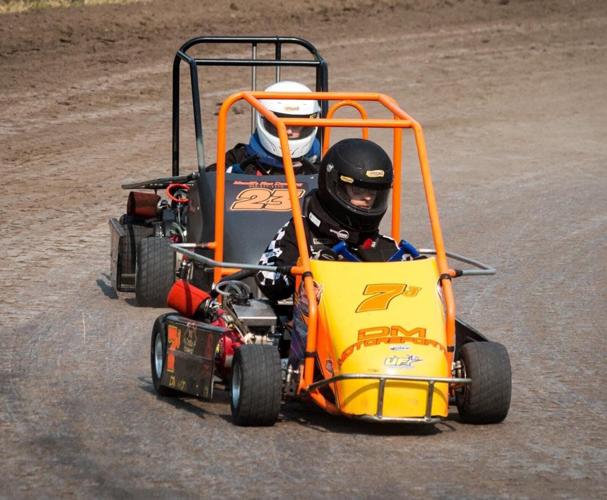 Johnathan Williams also races a LO206 cage kart from May to August at Sunset Speedway in Omaha for dirt races. 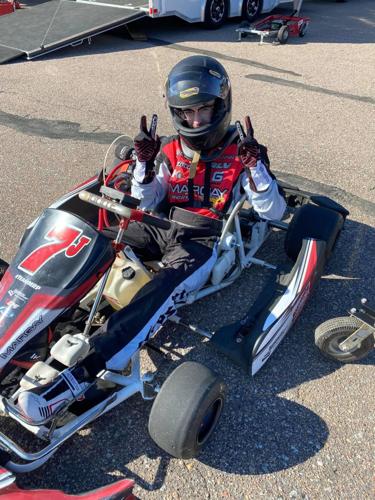 Johnathan Williams puts on several layers of protection when racing his Margay kart. His Margay kart, pictured here, is used for on-road races such as the one in Daytona.