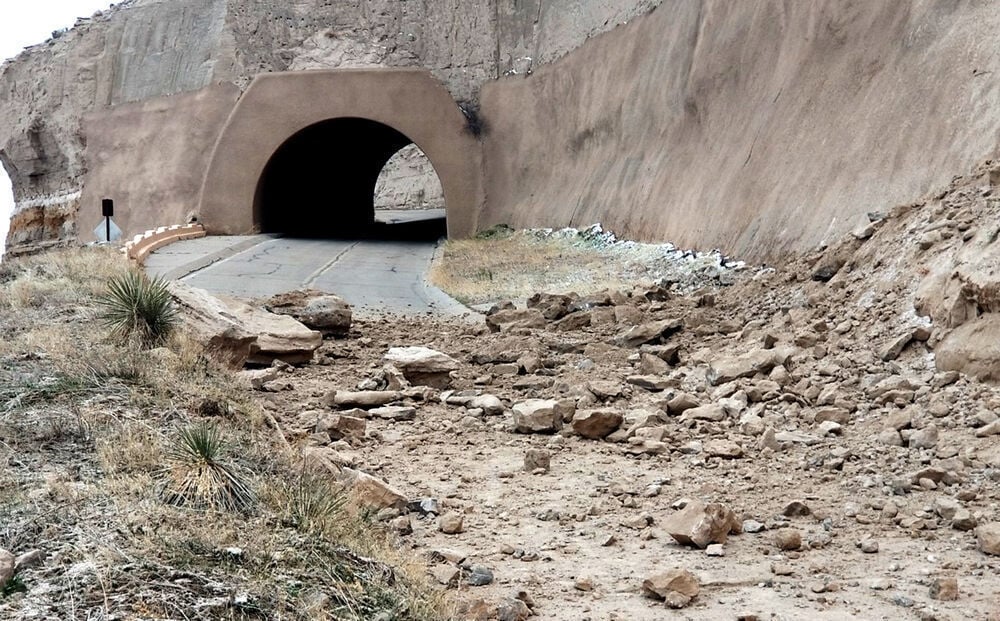 A landslide blocks Summit Road at the Scotts Bluff Monument on Wednesday April 8. 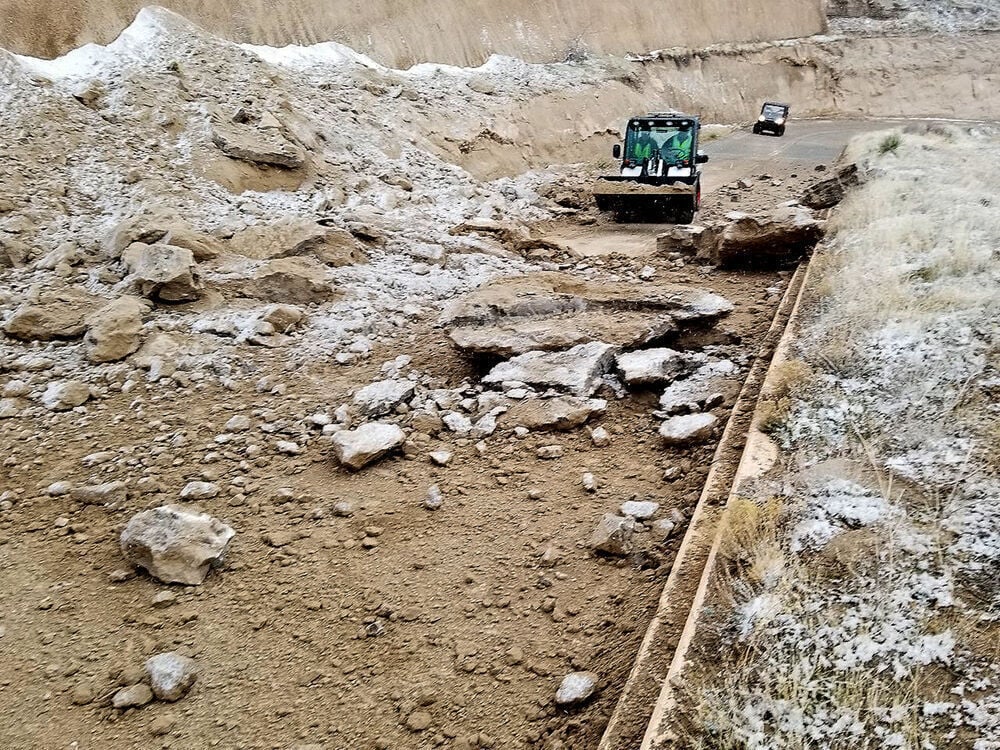 The recent swings in temperatures and moisture took a toll on Scotts Bluff National Monument this week.

Superintendent Dan Morford attributed the two slides to weather. Morford said moisture freezing then melting combined with winds are a shattering combination for the monument.

“When they all come together, that seems to be when a majority of our activity happens,” he said.

Morford expected the trails to stay closed until Friday as crews work to remove the rock.

“You can still walk to Scott Springs, but the upper trail is closed,” he said.

Morford said his office was notified of the rock slides late Tuesday night. He said his crews got up Wednesday morning and confirmed that limestone splintered off. Morford said the rock slide on the Saddle Rock Trail occurred between tunnels two and three.

“It’s gonna take some time (to clear) because of the size of the material,” he said.

The Summit Road will be closed until deemed safe. Limestone broke off and covered that road as well.

When slides happen, Morford said his crew shifts gears from their day-to-day work to the limestone-removal crew. As some crew members shovel rock off trails, others keep an eye on the monument.

“We have a spotter sitting away from (the worksite) just watching up above where everybody’s working. They see something, they can holler and we can get out of the way,” he said.

Morford said he doesn’t expect the rockslides to cause any major financial issues for the park.

Amazon appears to have votes to block union effort

Stacey Abrams on voting rights, her next move

Stacey Abrams on voting rights, her next move

In addition to long-lasting love, the marriage took place partly for legal reasons. If the groom were to go on a ventilator, there would be fewer complications if his partner was his wife.

Liberty Lodge will be renovated and turned into 38 one-bedroom and studio apartments.

The 10-year study, which is expected to cost $1 million annually, will begin ramping up in the coming weeks, area residents learned at a virtual town hall meeting Tuesday.

Scott Jensen remembers the incredible teamwork at Methodist Fremont Health, times of sorrow and success, lessons learned, and when staff realized they could make a difference in times of life and death.

For 27-year-old Nico Marasco, the last year has been a challenge. On March 24, 2020, his father, best friend and business partner became the first of more than 2,000 Nebraskans to die of COVID-19.

It's only the second confirmed case of a wolf being taken in Nebraska in the last century. Wolves aren't moving into Nebraska, a wildlife expert said, but some will wander here from time to time.

Tornado season nears, but twisters have been rare in Nebraska in recent years

Last year, Nebraska had 21 tornadoes, less than half the annual average — 51 — of the past 30 years, based on National Weather Service statistics.

Over 36 years, this Nebraskan has delivered more than 42,000 school supply packets to Mayan kids

What started with one village and about 100 packets of school supplies quickly grew to 75 villages and 1,250 packets. The efforts of Plattsmouth's Chris Ross have led to higher enrollment in the schools.

A landslide blocks Summit Road at the Scotts Bluff Monument on Wednesday April 8.