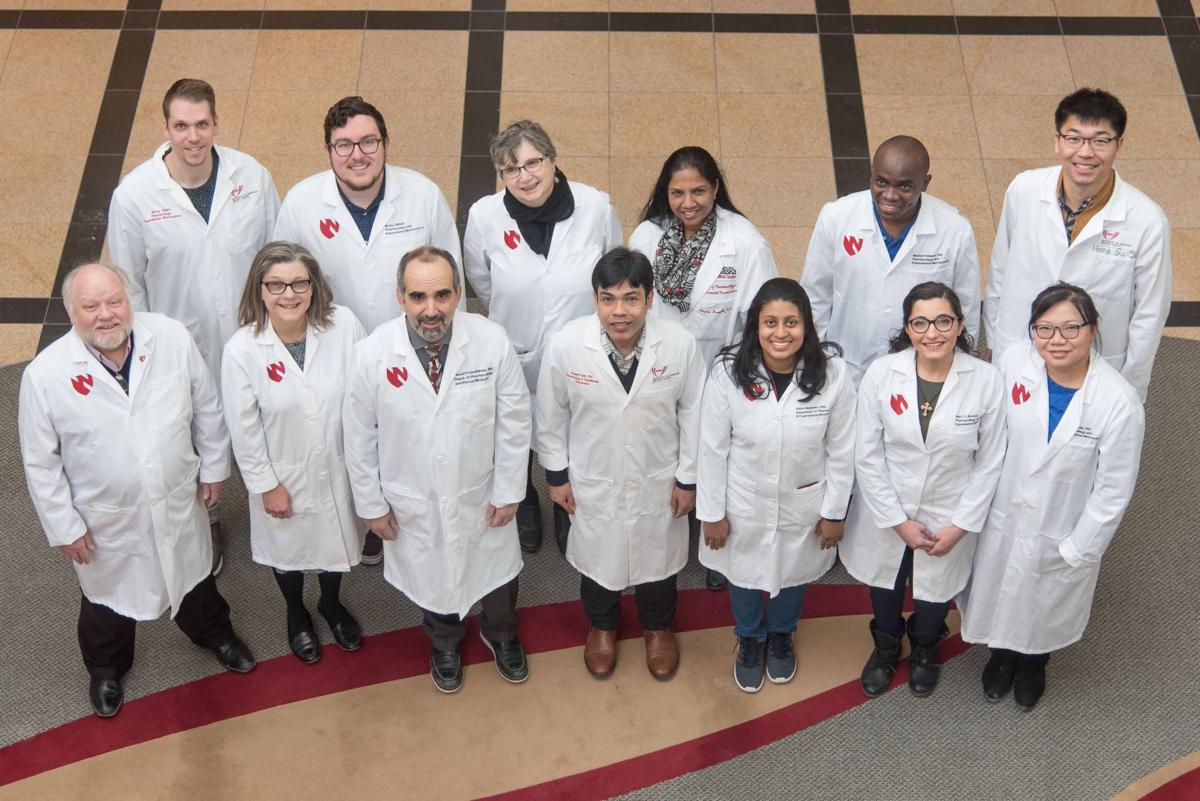 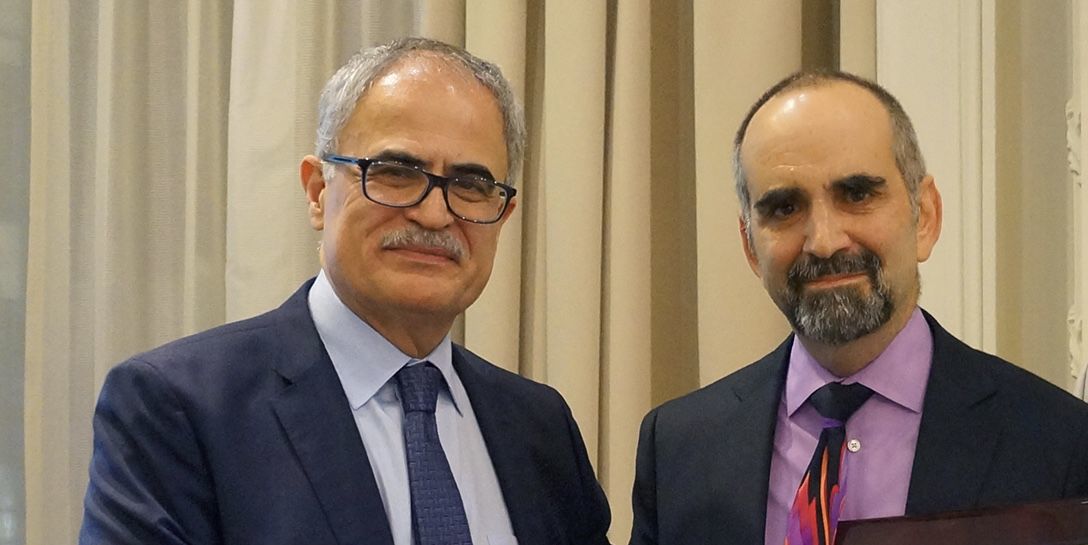 Kamel Khalili, left, of the Lewis Katz School of Medicine at Temple University, and Dr. Howard Gendelman of the University of Nebraska Medical Center.

OMAHA, Neb. — For the first time since the 1980s AIDS epidemic began, researchers say they've taken an important step toward a possible cure for HIV, thanks to technologies developed in labs at the University of Nebraska Medical Center and Temple University.

People living with HIV currently have to take drugs every day for the rest of their lives to keep the virus at bay.

And always, the virus continues to hide out in some tissues, its DNA tucked into that of its host, ready to flare again if the drugs are stopped.

Now researchers at UNMC and Temple University say they have eliminated HIV for the first time from the genomes of a small number of humanized mice using a combination of two different therapies.

"This is proof of concept that a cure of HIV is possible," said Dr. Howard Gendelman, chairman of UNMC's pharmacology and experimental neuroscience department and a senior investigator on the study.

The researchers first used a slow-release, long-lasting formulation of HIV drugs developed at UNMC to suppress the virus in infected mice and then followed with a gene-editing therapy that Temple scientists in Philadelphia created to cut viral DNA from their genomes.

Of the  mice that received the treatment, about a third showed no signs of HIV infection for up to five weeks after treatment, according to a study published Tuesday in the journal Nature Communications. The study is receiving international attention.

Both scientists acknowledged that plenty of work lies ahead, starting with more studies in animals. But they said combining the two therapies provides a "clear path to move ahead" in further trials in animals and possibly clinical trials in humans.

"What we've done is we've showed that HIV can be cured," Gendelman said.

Kamel Khalili, chairman of the neuroscience department at Temple's Lewis Katz School of Medicine in Philadelphia, said the fact that no technology since the AIDS epidemic began has been able to eliminate HIV has created the impression that the disease is incurable.

"This is the first time we've shown together the disease can be eliminated if we use a combination therapy," said Khalili, the study's other senior investigator.

Dr. Robert Gallo, who co-discovered HIV as the cause of AIDS in 1984, offered congratulations.

"In my view, this is the most interesting and important therapy-related research advance I have seen in many, many years," Gallo said in a statement. He is the co-founder and director of the Institute of Human Virology at the University of Maryland School of Medicine.

Zandrea Ambrose, an HIV researcher with the University of Pittsburgh Medical Center, called the study promising but said she's not sure the researchers yet have demonstrated with 100% certainty that they've eliminated the virus.

The study followed the mice for a relatively short time. In several human cases in which the virus had been believed eliminated, including a Mississippi baby given HIV drugs from an early age, it eventually came back.

Many groups are working toward a cure, said Ambrose, who was not involved in the study. "This is probably one of the most promising studies that have come out, but there's some work that still needs to be done," she said.

Given the effectiveness of the HIV drug therapies now available, she added, "We'd want to make sure the system is as safe as possible before we deliver it to humans."

However, Gendelman noted that the researchers conducted exhaustive testing in their search for remaining virus. "There was no trace of the virus there," he said.

According to estimates by the United Nations, more than 36.7 million people worldwide are infected with the virus, about 1.2 million of them in the United States. Some 5,000 people are newly infected every day around the world.

Gendelman and fellow UNMC researchers previously have worked to modify HIV drugs to create the long-acting, slow-release forms. They've demonstrated in previous research that their system extends the life of the drugs and helps them reach cells and tissues where the virus hides. The strategy was co-developed by Benson Edagwa, an assistant professor of pharmacology at UNMC. For the current study, Prasanta Dash served as the co-principal investigator at UNMC.

But Gendelman said that method alone couldn't eliminate HIV. The Temple group, meantime, had found a way to cut out the virus' DNA using a modified version of the CRISPR-Cas9 gene editing system. (Think of CRISPR-Cas9 as molecular scissors.) But it wasn't very effective with a lot of virus present.

Combining the two allowed the researchers to first suppress viral activity, which allowed the Temple team's system to be more effective.

The combination was effective in about one-third of mice treated. Khalili called that a good first step. By comparison, the researchers could readily detect HIV in mice that had received either therapy separately.

"That shows the system works," he said. "Now you have to optimize the situation to bring it up to 100% of animals. We're working on it."

Concerns previously have arisen that CRISPR could make cuts in the wrong places. In the study, the method didn't have any negative impacts, Khalili said.

Gendelman said the researchers went as far to analyze the genetic sequences of the human cells in the mice to look for such effects. They found no genetic aberrations.

Both researchers also hailed the collaborative nature of the project — the study lists more than 30 authors. Khalili said he doesn't believe the work would have been possible in a single laboratory because of the expertise required at each.

"It's the first time anyone has eliminated HIV from an animal with the prospect of moving to humans," Gendelman said.