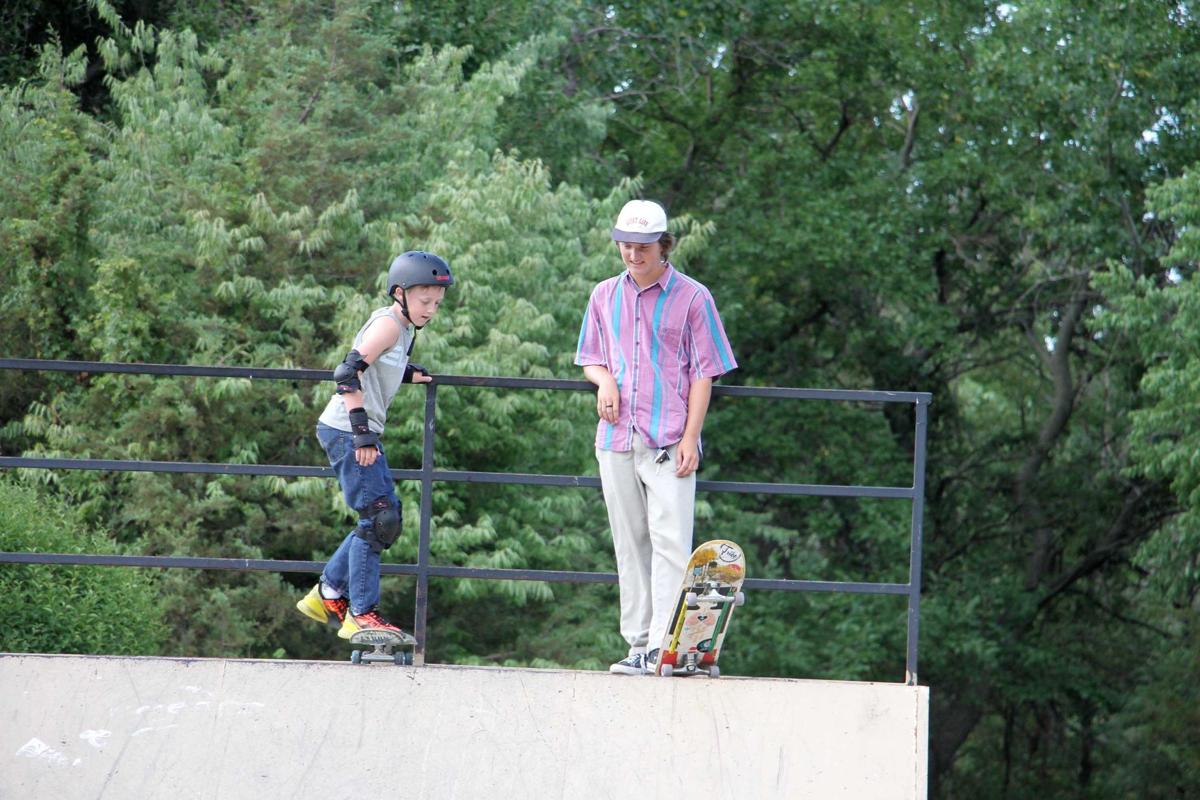 Tim Blakely, 11, left, has been skateboarding for just a couple of months and is learning the basics from Brodie Lienemann, who teaches individual students and classes at the North Platte Skate Park at the Rec Center. 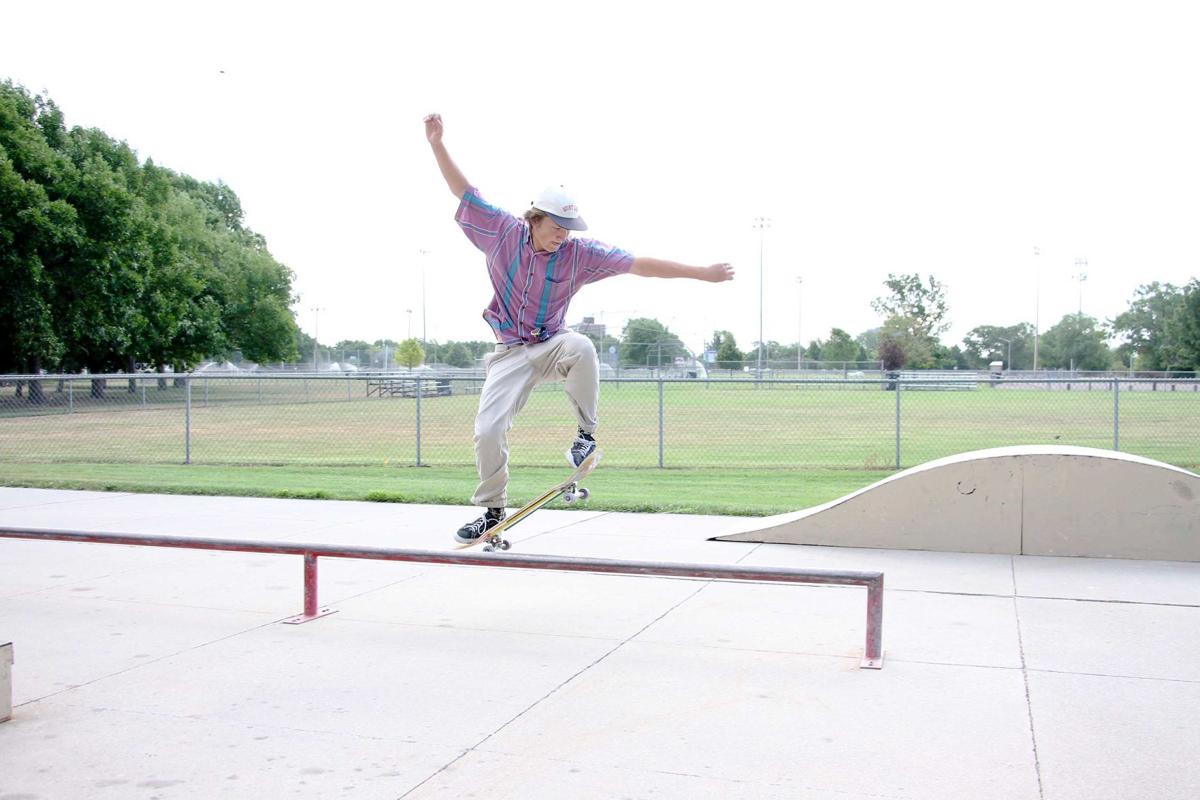 Brodie Lienemann does a move on the rail at the North Platte Skate Park near the Rec Center. Lienemann teaches skateboarding and owns Tribe Skate Shop, an online business where skaters can purchase equipment and clothing.

Tim Blakely, 11, left, has been skateboarding for just a couple of months and is learning the basics from Brodie Lienemann, who teaches individual students and classes at the North Platte Skate Park at the Rec Center.

Brodie Lienemann does a move on the rail at the North Platte Skate Park near the Rec Center. Lienemann teaches skateboarding and owns Tribe Skate Shop, an online business where skaters can purchase equipment and clothing.

A young entrepreneur plans to help grow the art of skateboarding through teaching and making improvements to the skate park near the North Platte Rec Center.

Brodie Lienemann is a 17-year-old who purchased the former Caravan Skate Shop and now runs it as an online business with a new name — Tribe Skate Shop.

“We no longer have a storefront and we do all of our business online,” Lienemann said. “We do have a small space at Alive Outside where we sell premade complete boards.”

He has a couple of favorite professional skaters who have inspired him.

“Dylan Rieder really stands out, but unfortunately he passed away,” Lienemann said, “and Austyn Gillete.”

Rieder died in 2016 following a battle with leukemia.

Skateboarding isn’t just an activity — there’s an entire subculture associated with it.

“The whole subculture of skateboarding is so interesting — the way people make skate videos and the way the photography community is involved in skateboarding,” Lienemann said. “I like how creative it is. I don’t think it’s a sport, it’s a way to express yourself artistically.”

While not a team sport, the skating community is very tight-knit, Lienemann said.

Lienemann is working to get much-needed improvements to the park.

“The skate park has been here (a long time),” Lienemann said. “It’s gotten dated over the years and the metal is starting to fall apart.

“There’s parts in the middle of the ramp that are even caving in and you catch on the lips with your skateboard and that’s really dangerous.”

He said the metal ramps cause burns during the hot days of summer.

Marilee Hyde, transit superintendent for the city of North Platte who was involved with the building of the original skate park, told the Telegraph that $10,000 has been raised. She also said there are plans drawn to make improvements to the park and hopes to work with Lienemann on utilizing the funds that have sat in the fund for a number of years.

“It’s a perfect space,” Lienemann said about the park.

Not only does he skate himself, but Lienemann teaches skateboarding classes as well.

“It’s just growing right now with the skate school,” Lienemann said. “More and more kids are getting involved with skateboarding.”

He saw a skate school in Lincoln and decided to do the same thing in North Platte.

Tim Blakely, 11, has been taking lessons for two or three months.

“I like watching professional skateboarders and learning how to do all the flips and stuff,” Blakely said. “They just impressed me and I’ve always wanted to learn so I bought a better skateboard and have been practicing.”

Lienemann said some things in the area have changed during his skating experience.

“The girls have just started skating,” Lienemann said. “In my 11 years, I have not seen a single girl skateboard. Now they’re starting and it’s awesome to see that.”

Lienemann rates himself at the intermediate level of skateboarders currently.

“My signature move is a no-comply tre-flip,” Lienemann said. “Basically you take your front foot off the board and then you pop the tail up and it does a 360 rotation and kick at the same time, so it does like a spin and then you jump back on it.”

His goals are not necessarily to become a professional skater.

“I don’t think going pro would be something I would want to do,” Lienemann said. “I just want to be involved in skateboarding in a lot of different ways.”

He said he is into photography and wants to use that to promote skating.