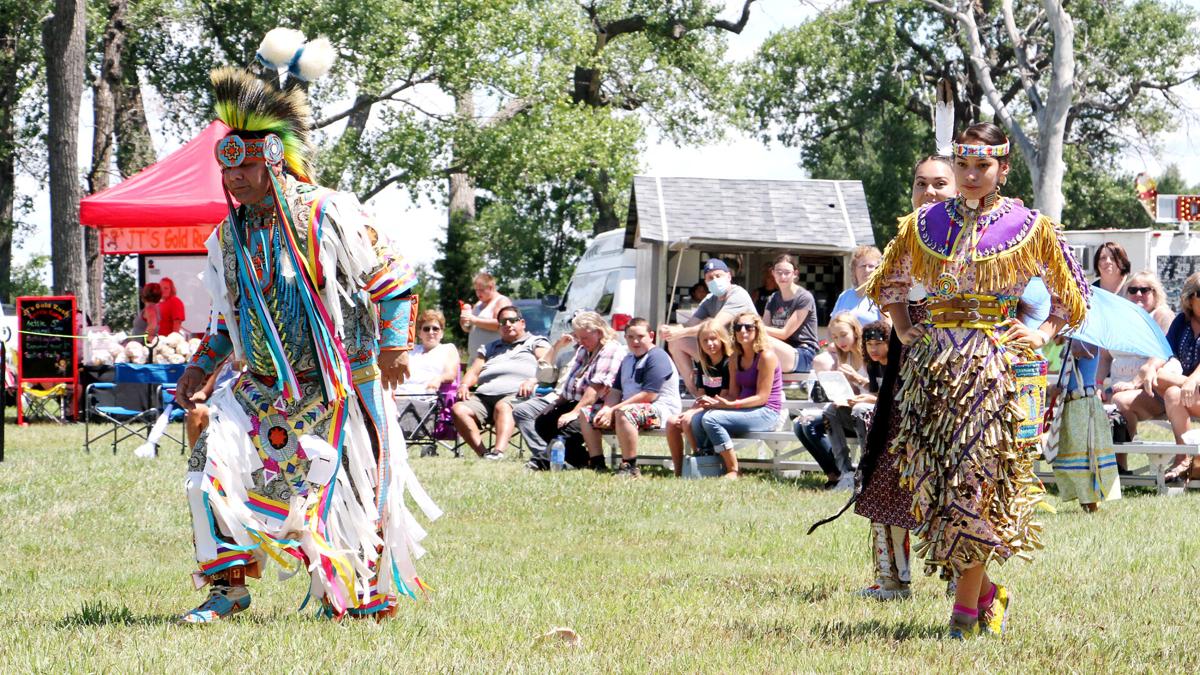 Danny Rodriguez, left, of Texas leads the dancing as Native Americans from around the country gather for the North Platte Pow Wow 2020 at Buffalo Bill Ranch. The other dancers Saturday afternoon were from Arizona, New Mexico and Montana. 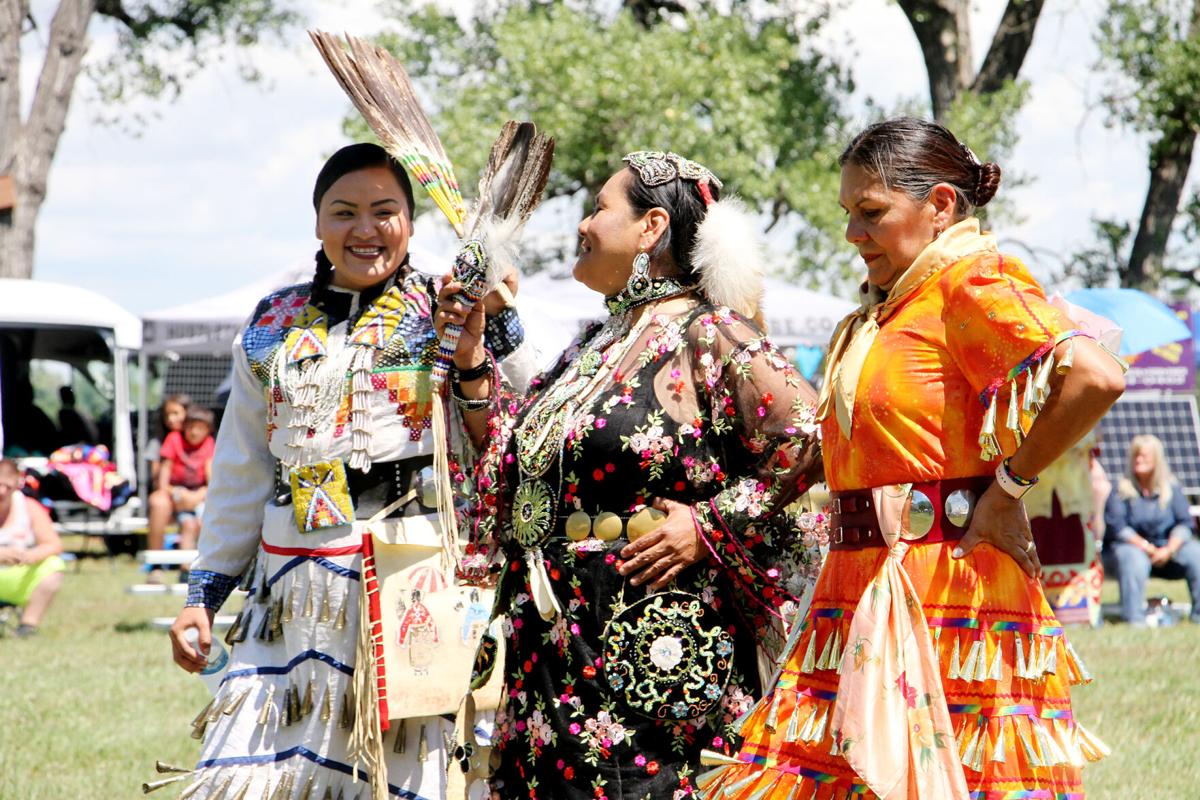 Danny Rodriguez, left, of Texas leads the dancing as Native Americans from around the country gather for the North Platte Pow Wow 2020 at Buffalo Bill Ranch. The other dancers Saturday afternoon were from Arizona, New Mexico and Montana.

The drums set the rhythm and the dancers circled the arena Saturday as Native Americans from around the country came together to honor American veterans at the North Platte Pow Wow.

North Platte has not hosted a powwow since 2004, and the organizers were excited about the opportunity afforded the town. Organizer Char Swalberg said the special weekend began Friday night with socializing and dancing.

“This is the first time we’ve had (a powwow) at Buffalo Bill Ranch,” Swalberg said. “From my understanding, there hasn’t been a Native American presence here at the ranch since 1899.”

Swalberg said people were enjoying themselves and had started asking about doing a powwow at the ranch next year again.

“It gets me excited because that tells me it had the effect that we wanted on the community,” said Swalberg, who is a Pine Ridge Oglala Lakota Sioux member who lives in North Platte.

Announcer Frank Jamerson, also Lakota Sioux, brought forward the veterans for the Grand Entry and to honor their service to the United States.

“Non-Indian and Indian alike, we want to recognize you. We want to thank you for your service,” Jamerson said, “for your dedication and sacrifices.”

The Pass Creek Singers, the host drum from Allen, South Dakota, offered songs during the Grand Entry to honor the local veterans as they carried the U.S. flag and the audience stood in appreciation of their service.

Throughout the day Saturday there were social dances as well as competitive dancing reserved for the Native American dancers. Danny Rodriguez, a member of the Lipan Apache tribe from Texas, led the dancers onto the arena floor.