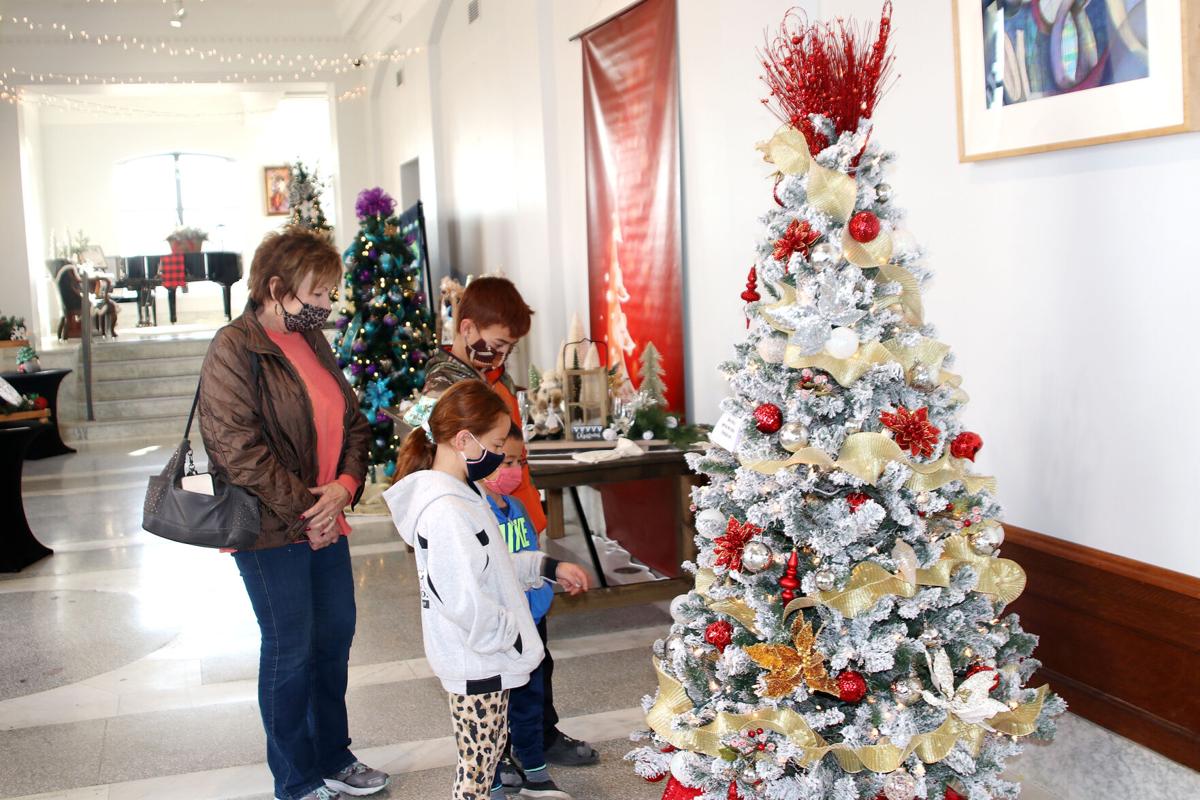 Demee Brown, 8, of North Platte (foreground) and her brothers Levi, 5, and Callen, 11, look at one of the decorated Christmas trees with grandmother Betty Frederick of rural Hershey Saturday at the Prairie Arts Center’s annual Festival of Trees. 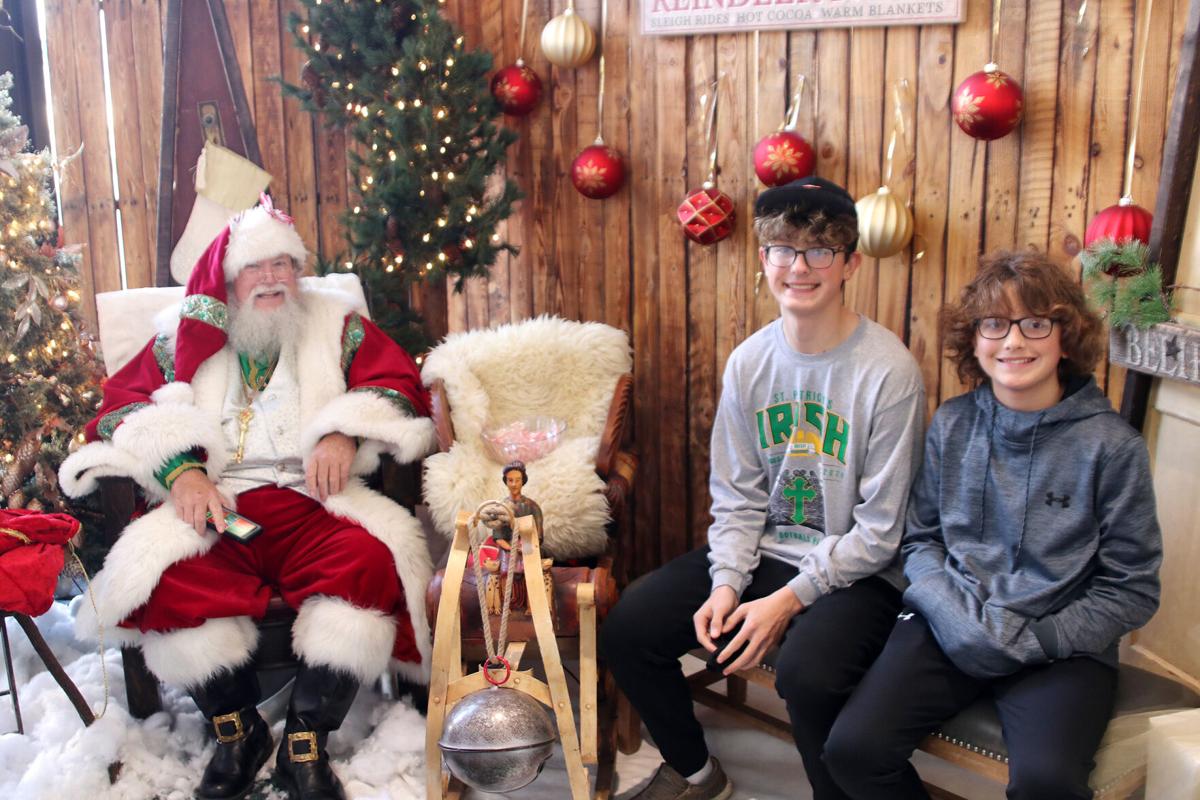 Being immortal, Santa Claus’ social distancing Saturday at North Platte’s Prairie Arts Center was naturally more for the sake of his young guests.

Granted, 14-year-old Coy Baker of North Platte and his 12-year-old brother, Kason, wouldn’t have been sitting on Santa’s lap anyway as they visited by appointment during the annual Festival of Trees.

“What would you like for Christmas?” Santa asked after checking his 21st-century phone app to determine whether the brothers had been naughty or nice.

“Better figure it out!” Santa replied. “You’re running out of time!”

Scheduling Santa’s time was just one of the COVID-19 adjustments Prairie Arts Center leaders made for the 13th annual version of their pre-Thanksgiving fundraiser.

Instead of a live-bidding climax to the event’s online auction, auctioneer David Greiner of Gateway Realty hosted a livestreamed conclusion with bids on this year’s 42 Christmas items displayed on a screen behind him.

“We’ve watched it steadily grow through the week, and we’ve been really pleased,” she said, thanking Gateway for agreeing to help stage the event this year.

The pandemic cost the Festival of Trees its lead-in event when the North Platte Community Playhouse Guild had to cancel its annual fundraising Carousel of Homes holiday tours.

The guild held its annual Christmas boutique, its other major fundraiser, Saturday at the Neville Center for the Performing Arts.

In another COVID-19 change, the arts center cut down its event’s number of auctioned, fully decorated Christmas trees to three and encouraged more centerpieces and smaller holiday-themed artistic creations.

This year’s artists “really created one-of-a-kind pieces, so that made the auction popular,” Carlini said.

Longmont, Colorado, police believe man wanted in connection to a death investigation may be in west central Nebraska

Edward Herbert Hoid has been identified as a person of interest as police continue to investigate the Nov. 5 death of Randall Schubert following an incident near a Lowe’s store in Longmont.

Emily Wurl and Tauni Morris unveiled the design on a Facebook Live event on Friday evening.

"It’s pretty incredible that a hospital of our size and in our location is able to access drugs like this for our patients," said  Dr. Julie Query, a GPH physician.

OVERTON — A rural home northwest of Overton was fully destroyed by a fire that broke out during Monday afternoon.

An investigation determined that the employee of Hidden Hills Outfitters, provided guiding and outfitting services to a New York resident on property west of Eustis in Frontier County.

Demee Brown, 8, of North Platte (foreground) and her brothers Levi, 5, and Callen, 11, look at one of the decorated Christmas trees with grandmother Betty Frederick of rural Hershey Saturday at the Prairie Arts Center’s annual Festival of Trees.