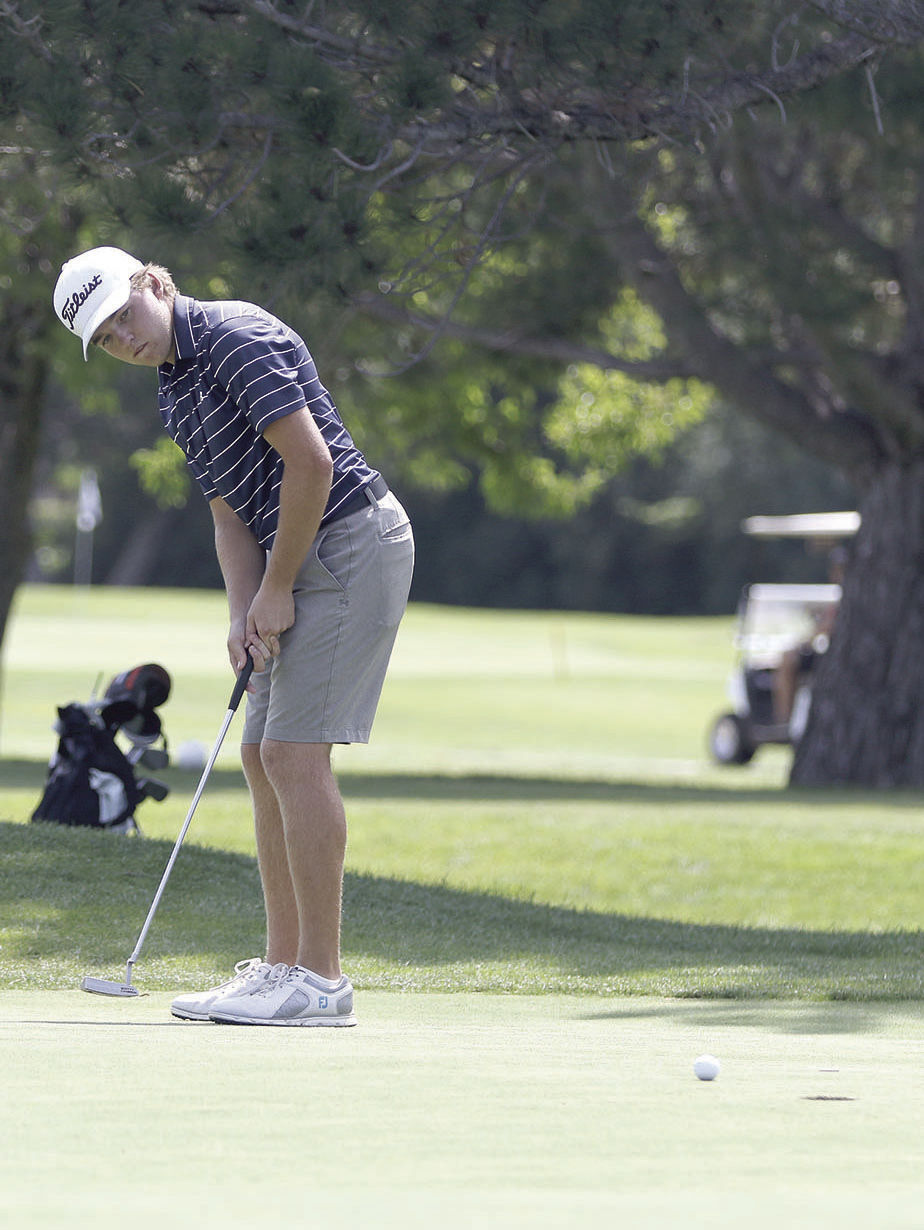 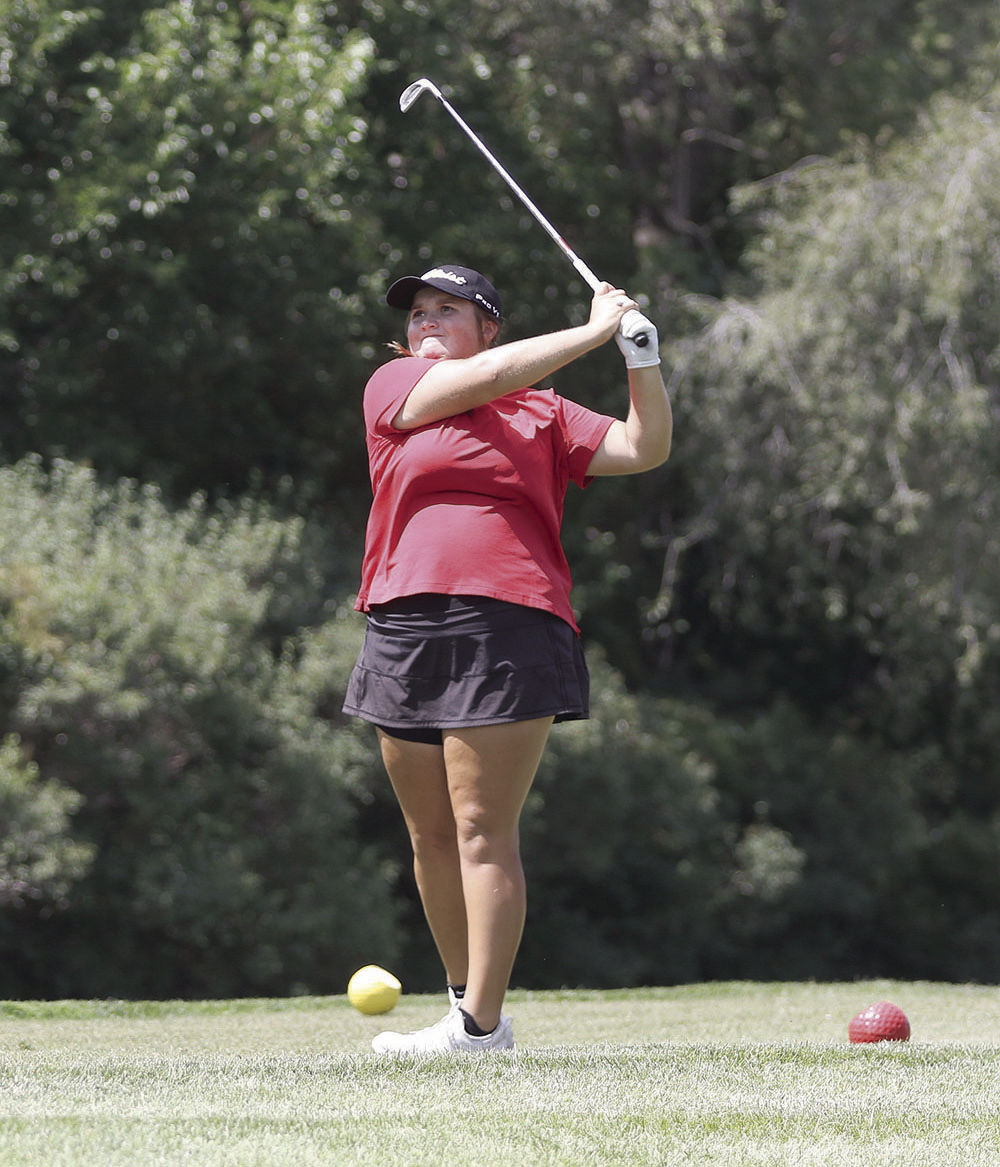 With little room for error, Drew Phillips defended his title at the 2019 Junior Ambassador Classic Two Day Golf Tournament, closing with 1-over 72 to fend off former teammate Tanner Ruda by three strokes.

The North Platte graduate supplemented Monday’s 5-under 72 at Lake Maloney with a 1-over 72 in the final round on Tuesday at River’s Edge Golf Club to win the 16-18 year-old boys title for the second consecutive year.

"It feels pretty good to win two times in a row, especially against some of the best golfers in the surrounding areas," Phillips said. "This year was 12 strokes better than last year, so the competition just keeps getting better and better."

Ruda, who edged Phillips by one stroke Tuesday to lead the field, claimed the runner-up trophy after carding 143 through both days, while former Class D state champion Ryan Weiss of Franklin snagged third place with a 146.

Fellow North Platte Bulldog Finn Lucas finished three strokes ahead of Dillon Wise’s 155 total to claim fourth place, carding an 80 and joining Ruda and Phillips around the course on Tuesday.

For Phillips, however, getting one last chance to golf alongside Ruda and Lucas was a bittersweet experience.

"It’s kind of upsetting, really," Phillips said. "I’m probably not going to play with these guys ever again and that’s going to be tough, but it’s on to the next chapter in life."

And for Phillips, that next chapter means trading the proverbial Bulldog blue and gold for the cardinal red of Hastings College this fall.

"We start golf in six days at Hastings," he said. "So getting to play in this tournament was definitely a good way to tighten up my game."

The girls’ 16-18 division on Tuesday also crowned a consecutive champ, but unlike Phillips, North Platte junior Baylee Steele will have two more opportunities to extend her Junior Ambassadors winning streak.

"It feels great," Steele said. "This is a fantastic tournament, so it’s just awesome to come out here to my home community and perform well and be able to come out with the win in front of them."

Steele, who entered Tuesday with an eight-stroke lead after carding 3-under 72 at Lake Maloney on Monday, finished the two-day tournament with 2-over 72 at River’s Edge, securing a 10-stroke win over runner-up Madi Schlaepfer of Gering.

Schlaepfer carded a 153, which put her 10-strokes ahead of Gering teammate Ali Boswell for second place. Ogallala’s Kaylee Wach snagged fourth with 190 strokes, and Haley Jackson topped off the top five with a 208.

For Steele, the familiarity in competition helped her access a few angles on how to approach the upcoming season.

"A lot of the girls I played with I’ll see during the fall season," Steele said. "It’s awesome to play with them and see how they’ve been performing this summer and get a heads up for this upcoming school season."

And for the first time in a long time, Steele and the North Platte girls golf team will have to make hay without Jim Orcutt calling the shots. Steele, however, likes the Lady Dawgs’ chances. Orcutt retired from a 40-year teaching career — 35 in North Platte — at the end of the school year.

"We’ve had that guy for how long?" Steele smiled. "It’s going to be a new experience for us all because he showed us the way and so we’ll miss him a lot. But we’re excited to have coach (Matt) Kaminski, and he’s been working with us all summer. We’re all pretty excited for the season."