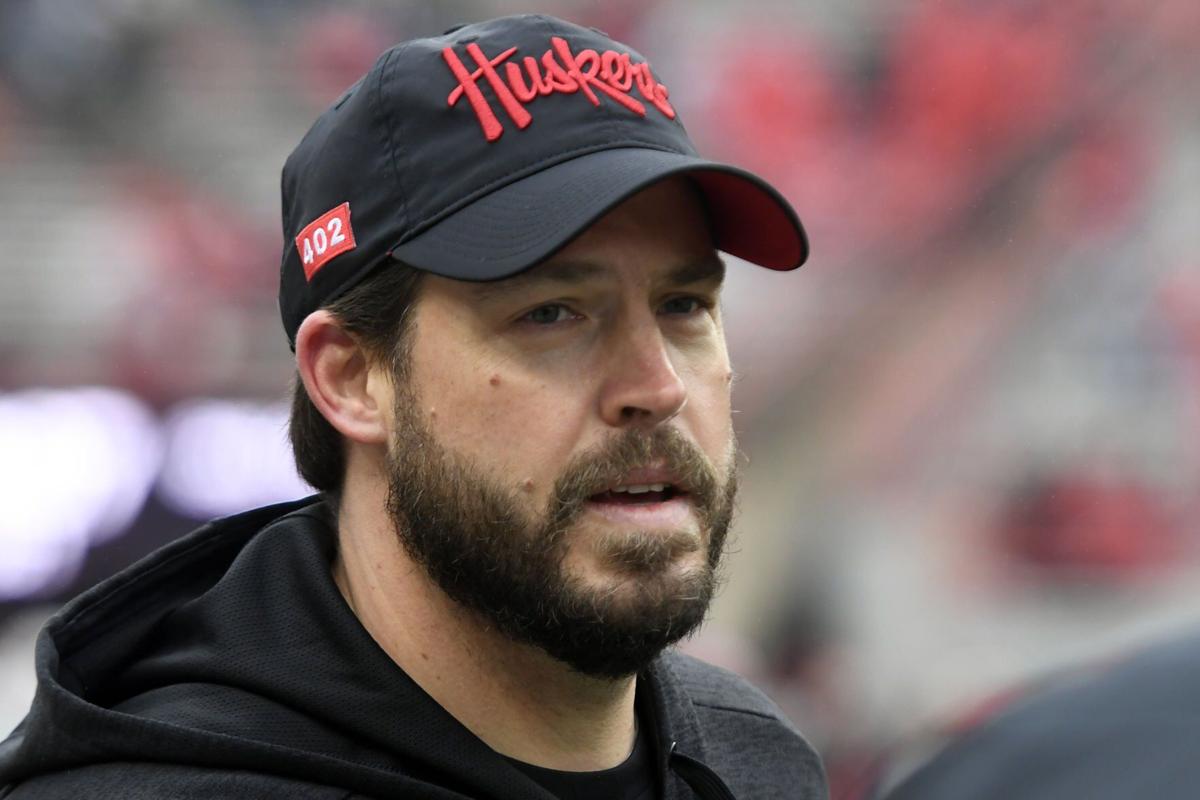 Nebraska defensive coordinator Erik Chinander said Tuesday Nebraska has made steady improvement throughout the season in all three phases of the game. 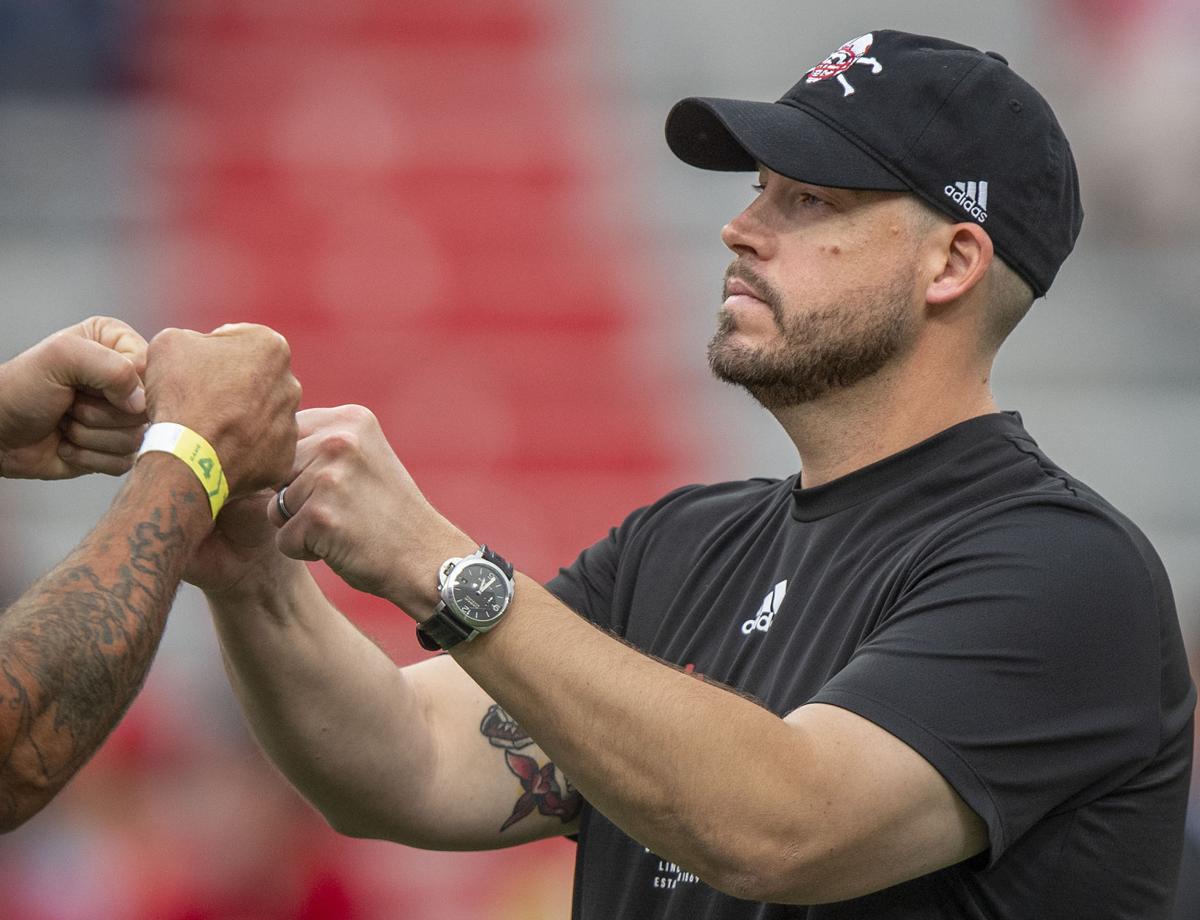 Nebraska defensive coordinator Erik Chinander gets a double-fist bump as he watches warmups before a game against Michigan Oct. 9 at Memorial Stadium.

Casey Klunder used to jump in the truck with his father and his high school football coach early on autumn Saturday mornings and head southeast toward Iowa City.

They’d all head down Highway 218 through Waterloo and toward the big stadium where the Hawkeyes played.

There, they’d watch the team they loved, sure, but more than that, they'd track the guys from their little hometown of about 1,000 that donned the black and gold in the early years of the Kirk Ferentz era.

Klunder looked on in awe of the brothers. He grew up rooting for Iowa, but seeing them on the sideline and in the games took his passion to another level.

“Lifelong Hawkeye fan, and Erik and Bret playing for Iowa only enhanced my love for Iowa football,” Klunder said. “Seeing a couple of hometown guys out there, and when they would come back (to Allison) and they’d be decked out in Iowa Hawkeye football gear, I looked up to Erik Chinander a lot.”

Klunder’s high school football coach? The late Gene Chinander, father to Erik — now the defensive coordinator at Nebraska — Bret and Stacy, and husband to Ann. Gene died on Oct. 14 when he suffered a medical emergency in his truck that led to a car accident.

Klunder heard the news and thought about the three boys right away. He’s a few years younger than Erik, but played sports with Bret and Stacy.

He thought about Ann, “She was a teacher of mine. Tremendous person, tremendous teacher,” and how she lost her partner far sooner than she should have. He read the obituary and smiled about their post-retirement travels, overseas and around the U.S. and to wherever Erik was coaching any given weekend in the fall.

Erik Chinander, of course, ultimately decided he’d coach for Nebraska on Saturday after his dad died on Thursday. The Huskers lost at Minnesota on Oct. 16, but he said, “Right now, we have a job to do. He would want me to do my job. He wants me to be here for the players and for this program, and that's what I'm going to do.

"It's never out of the back of your mind, but you have to find a way to get it done."

The service was Oct. 19 back in Allison. Eight days later, Klunder’s own father, Steve, passed away at the age of 72.

He and his family heard from a lot of people, including the leader of the Blackshirts.

“He reached out to me. It was right in the midst of, you know, just got done with his father’s funeral, he’s in the middle of the season, obviously a Big Ten football season and he took the time to reach out to me about my father’s passing, and I think that just represents the character and values of Coach Chinander,” Klunder said.

Klunder's voice shakes a little as he talks about his dad and Gene Chinander. They were close friends. Their wives still are, with decades of Allison history between them.

Steve Klunder helped coach baseball at Allison-Bristow and spent many years working at a nearby community college. Casey was the long-time, highly successful head baseball coach in his hometown before in August taking over at Central College in Pella.

Gene Chinander, of course, spent more than four decades teaching and coaching high school football, including Klunder and the Chinander boys at Allison-Bristow.

“Gene was about the person first,” Klunder said. “He cared about you more as a person more than he did as a football player. I played for him during some thin years. He had some really good teams before me, so I didn’t get a chance to be a part of his really good teams, but he still coached with passion and led with passion and you were always more of a person to him than you were an athlete, and that’s what I remember most about him.”

On Monday, as Erik Chinander prepared to lead Nebraska’s defense into its final game of the season against his alma mater, he was asked about junior outside linebacker Caleb Tannor, who’s come on strong in his fourth season and played some of his best football in recent weeks before suffering a scary-looking injury at Wisconsin.

“I don’t know if it’s so much growth in between the white lines. I think it’s growth outside the lines,” he said. “Caleb has become, this year, in my opinion, a really good teammate. He’s starting to develop leadership traits. He’s taking care of business in the classroom. He’s taking care of business off the field. He’s just really fun to be around right now. There probably is growth with everybody in between the lines every single year and Caleb’s no different, but that growth outside the white lines for me, for Caleb, has been the fun part to watch.”

Klunder listens to the news conferences when he can and said he thought that sounded familiar. He also heard Chinander explain his feelings on the rivalry between the Huskers and Iowa and his unique position in it.

“I know they are doing that for me and for the Huskers, so that means a lot.”

Even if there won’t be a huge number of Iowans going to bars donning red on Friday, there’s something about being from a small town that makes it feel like you’re never going it entirely alone. Doesn’t matter if you’re a football coach or a teacher or a farmer or work at the grocery store. There’s a pride in where you’re from, in what the people from your town do, in where they go and who they are.

Football rivalries are provincial by nature, but those kinds of community roots are universal. In Allison, Iowa, the Chinander boys engender pride.

“And I think it’s only enhanced because of Erik’s character,” Klunder said. “He embodies all the values of small-town Iowa and small-town Nebraska, I’m sure, it’s the same thing. He embodies those things and he seemed to always be very proud that he was from Allison, and that means a lot to us, to those of us that were younger than him.”

Here’s the real question, though: Is it enough to convince Klunder, whose love for Iowa football was hardened by the same guy who is now devising the plan to try to end any chance the Hawkeyes have of claiming the Big Ten West title, to keep them from a 10th win, to slow down running back Tyler Goodson, to end a six-game Nebraska losing streak in this series, reclaim the Heroes Trophy and send a message that, hey, your neighbor to the West might be down, but it isn’t going anywhere? Is it like that?

“It’s got to the point where, I never thought I would say this, but I hope Nebraska goes 11-1 every year. I just want the Hawkeyes to still win,” he said. “But I hope it’s a low-scoring game so Coach Chinander’s defense does really well.

“The Blackshirts can, you know, maybe like a 7-6 game or something.”

Photos and video: The sights, sounds from Camp Randall Stadium, where the Huskers take on Wisconsin

Watch now: Gunnerson talks about getting a chance to play

Nebraska defensive coordinator Erik Chinander said Tuesday Nebraska has made steady improvement throughout the season in all three phases of the game.

Nebraska defensive coordinator Erik Chinander gets a double-fist bump as he watches warmups before a game against Michigan Oct. 9 at Memorial Stadium. 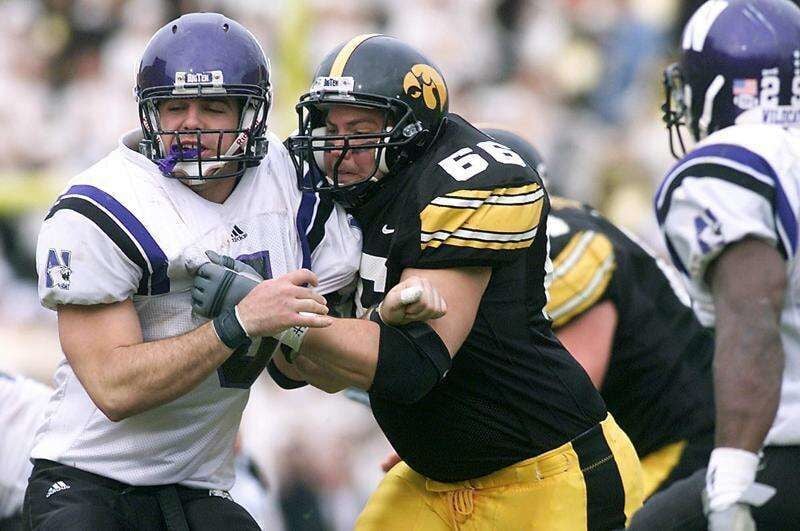 Erik Chinander (66) plays for Iowa against Northwestern in 2002.