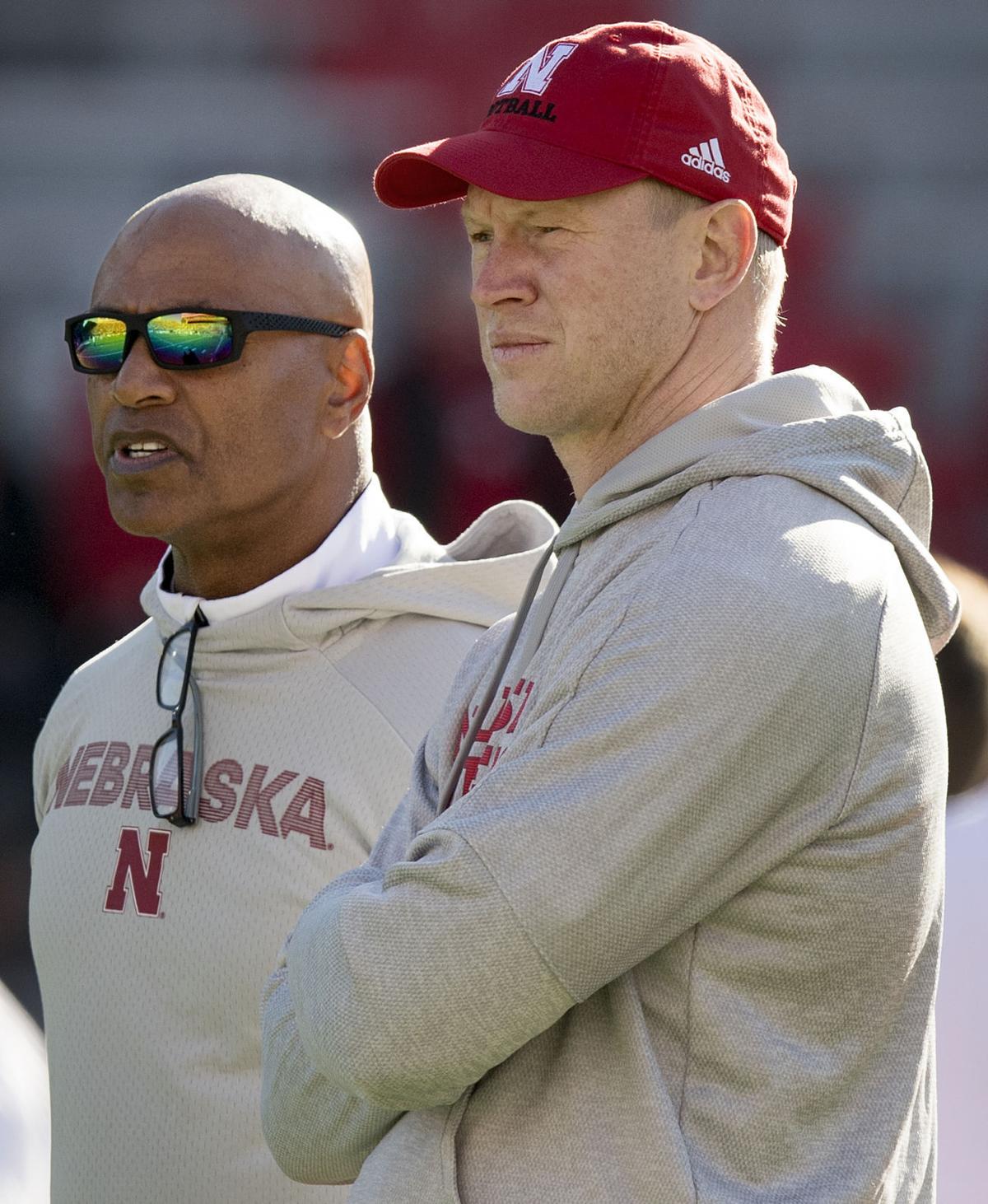 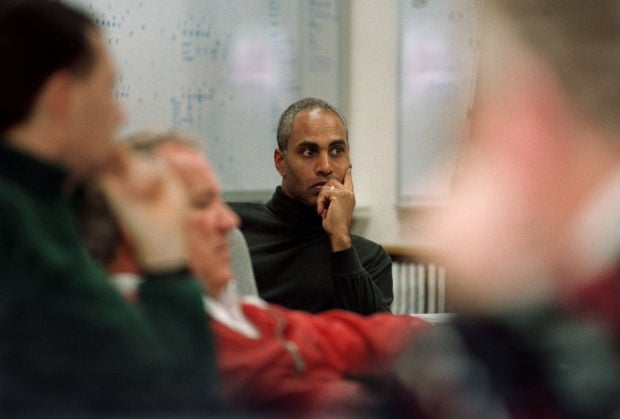 Ron Brown has witnessed a lot of ups and downs since the mid-1980s in his various capacities within the Nebraska football program.

He has three national championship rings and more battle scars than he can count.

The 64-year-old made an excellent point Saturday regarding Husker fans' investment in the program.

"We as coaches have said this before: If we enjoy that level of loyalty and faithfulness, and it helps our recruiting and all that, then we have to be able to endure the boos as well, and the critics as well," Brown told the Journal Star. "You can't have just one and not expect the other.

It can work out well for all involved. Brown has seen it before at Nebraska. He's lived it. He's living through rough waters again as a member of current Husker head coach Scott Frost's staff. From his past experiences, Brown learned that issues in a program typically don't get resolved overnight. It takes longer than what many people want. It can require time and tendering.

Let's be clear before we move forward: This isn't Brown guiding Frost on how to manage his program. This is simply Brown reminding us that it sometimes makes sense to learn from history, or at least from snippets of history.

All the criticism being directed Frost's way in the wake of three straight disappointing seasons, well, Brown once upon a time felt that sort of heat as a member of former Nebraska head coach Tom Osborne's staff. There's ample turbulence in the fan base now — much of it deserved, Brown says — and there was ample turbulence in late 1990 and early 1991. Again, much of it was deserved.

The key isn't the turbulence; it's the staff's response, Brown says. Osborne was the right leader to pull Nebraska's program from the doldrums, he says, and he fully believes Frost is the right leader as well. Think back, though. A lot of NU fans wanted to replace Osborne. Osborne felt that heat, believe me. Husker fans now wonder if Frost is the right guy to pull the program out of a tailspin. Man, it's going to be difficult. But it was difficult for Osborne back in the day, too. He had to dig deep and make changes in the program.

That's right, 9-3 wasn't good enough during the Osborne years (1973-97). It sounds silly now, right? After all, Nebraska has endured five losing seasons in the past six. Unlike the 1980s, NU isn't a consistent top-10 program. Far from it. But it's all relative. And there's no mistaking the fact that Osborne's program limped to the finish line to close the 1990 season, losing three of its final four games.

As 2022 recruiting class steps to forefront, uncertainty remains ahead of potential spring blitz

After Georgia Tech hammered Nebraska 45-21 in the Citrus Bowl, Husker fans stewed over the lack of fire in the program, particularly on defense. Media and fans questioned the team's overall effort in the bowl game. Criticism was intense.

Brown coached receivers and tight ends on that 1990 team. Fast forward: He just completed his third season as Nebraska's director of player development but is now transitioning into a role that'll be "more on the football side," he says. Although his exact duties haven't been formally announced, Brown will be a significant part of Frost's plan going forward.

He wasn't so sure he had a future with the program following the 1990 season.

"I'll never forget this," Brown says. "We were all getting back to the coaches' offices and getting back into recruiting again, and Tom said, 'Guys, if you can get another job, you probably better take it because we could be fired.' I don't think he wanted anybody to leave, but I think that's how gracious of a guy he was. He said, 'Guys, I don't know what's going to happen, but they're not happy with us here.'"

"The heat was every bit as bad as it is now, except you didn't have social media," Brown says. "That was a terrible year for Nebraska."

Fans questioned why Osborne couldn't win "the big one." They wanted a new staff. They called the Huskers "paper tigers." But guess what? Osborne kept the staff together, just as Frost did after this past season's 3-5 finish. Osborne, though, didn't just stand pat. He gathered his coaches and told them that they needed to upgrade recruiting. Every recruit now would be scrutinized at four stages: by the coach in charge of the area where the recruit played, by the position coach, by the recruiting coordinator and finally, by Osborne.

He was buttoning up the program. That's a term Frost likes to use. Buttoning up. He told the Journal Star last week his program has to find ways to avoid the mental mistakes (read: penalties), turnovers and general sloppiness that is holding back his program. There has to be more buy-in throughout the system regarding the importance of being detailed, including on special teams, he said.

"That's going to be the focus of our offseason," he said.

Following the 1990 season, Osborne gathered the entire staff — strength and conditioning coaches, trainers, everyone — and got them on the same page.

"We had done pretty well, and each area had become kind of its own empire," Brown says. "Sometimes everyone operated as if we weren't one entity."

Osborne recognized the issues and went to work. But his changes didn't elicit immediate results. Fans still were impatient at times as Nebraska finished 9-2-1 in 1991 and 9-3 in 1992. But the momentum was building. The Huskers finished 11-1 in 1993, and Osborne cemented his legend with national championship seasons in 1994, 1995 and 1997.

The key wasn't the turbulence, it was the response.

Brown compares Osborne to a masterful mechanic who noticed smoke coming from under his program's hood, and made the fixes. Frost is the resident mechanic now trying to make fixes. He has time, but fans are restless. They want to see discernible progress. Now. It's a fair demand.

Hope he can handle the turbulence.

Our favorite staff images from the 2020 Nebraska football season

Photos: Our favorite staff images from the 2020 Nebraska football season

NBA plans to start the new season in October

Many Husker fans don't understand that the current football facilities rank in the bottom four of the Big Ten. That's one mailbag item.

Steven M. Sipple: Sure, the loss stings, but Huskers' late-season uprising something to behold

Nebraska AD Bill Moos believes it's harder to be the hunted than the hunter, which is why he should help Will Bolt as much as he can.

Steven M. Sipple: Why Raiola should be on next Hall ballot; and Husker QB recruiting heats up

Buffalo would've been a more dangerous opponent for Nebraska had Lance Leipold returned as head coach and a raft of Buffalo players not entered the transfer portal.