Outside hitter Caitie Baird had 21 kills with an outstanding .487 hitting percentage to lead the 16th-ranked Stanford volleyball team to a four-set win against No. 6 Nebraska on Tuesday in Stanford, California.

Nebraska has dropped back-to-back matches to fall to 6-2.

Nebraska had four freshmen in the starting lineup — Whitney Lauenstein was the right-side hitter and Lexi Rodriguez the libero.

The freshmen weren’t very successful hitting in the first set, but improved as the match went.

Earlier this season Cook may have made a change after a rough first set for the Husker hitters, but he stuck with his starters for the second set.

“We just made the decision we were going to go with those guys tonight and see what they could do,” Cook said on the Husker Radio Network. “We haven’t had any of our (outsides) hit any better than that this year, so we’re trying to find options and I wanted to give Whitney another shot and see what she could do. I thought she did some nice things.

“We got to start getting people over there where they’re not looking over their shoulder and thinking they’re going to get pulled if they’re not doing well. So that was another goal tonight.”

Nebraska’s strength was at middle blocker. Kayla Caffey had 10 kills on .429 hitting. She also had seven blocks. Callie Schwarzenbach had nine kills on .500 hitting.

Nicklin Hames had 43 assists, along with 11 digs and two blocks.

Nebraska made a big turnaround in the second set. Stanford won the first set 25-19, when Nebraska had just a .119 hitting percentage. But Nebraska recovered in the second set, hitting .385 and dominating the set to tie the match 1-1.

Cook liked how the Huskers competed, but giving up too many short runs to the Cardinal cost the Huskers. 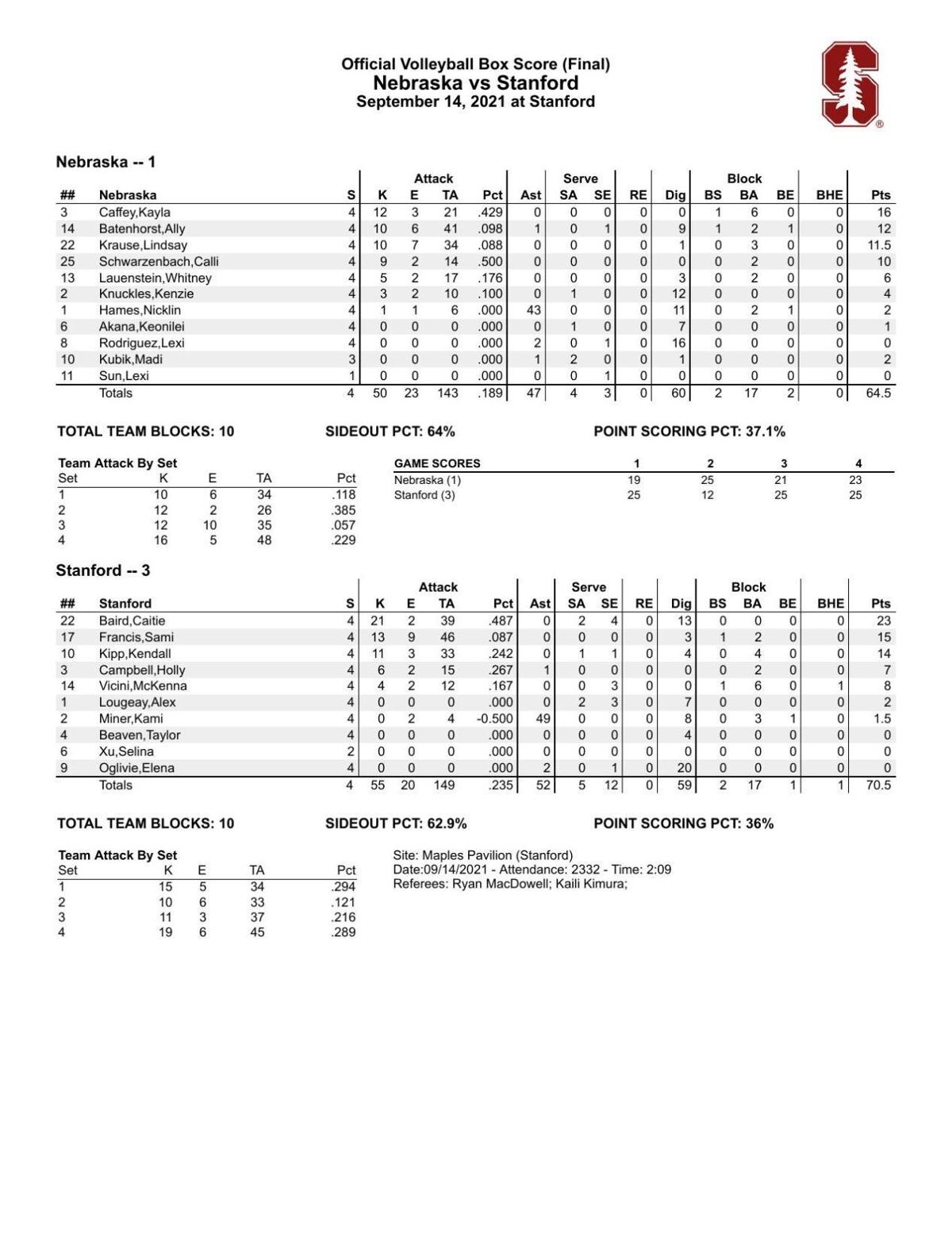 Photos: No. 3 Nebraska and No. 20 Utah battle in a five-set thriller 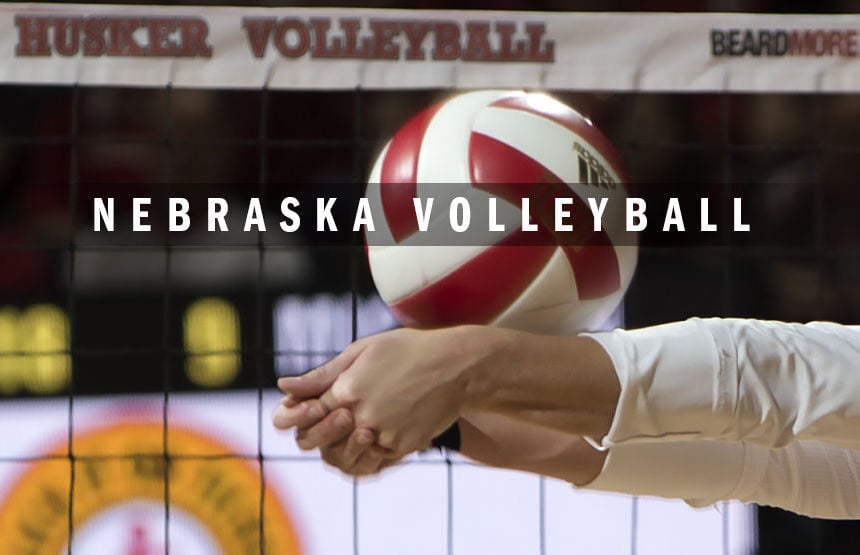 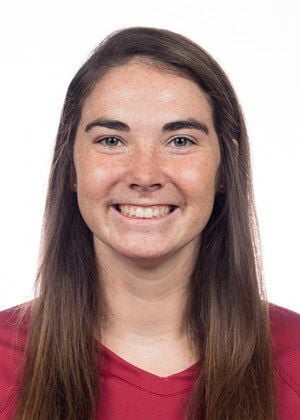