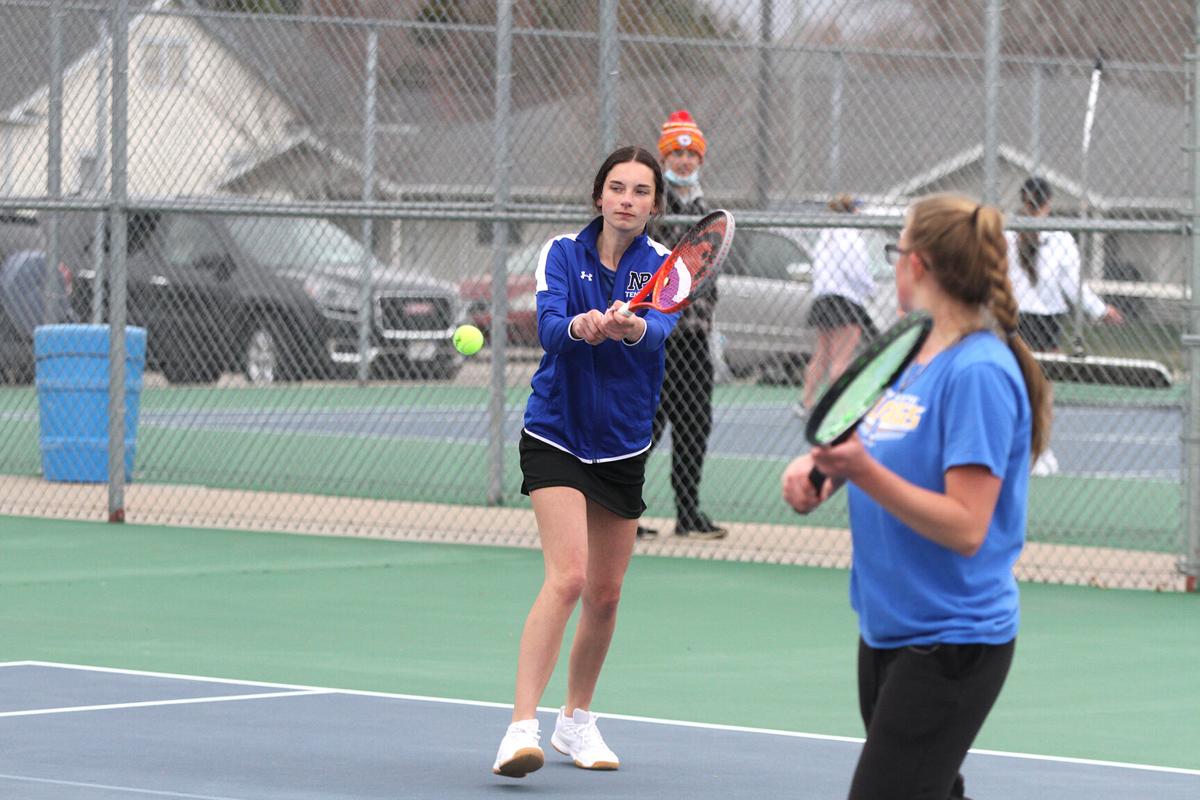 North Platte’s Kinley Stine prepares to return serve as her partner Brianna Plaster looks on during the Bulldogs’ loss to Kearney on Tuesday in North Platte. 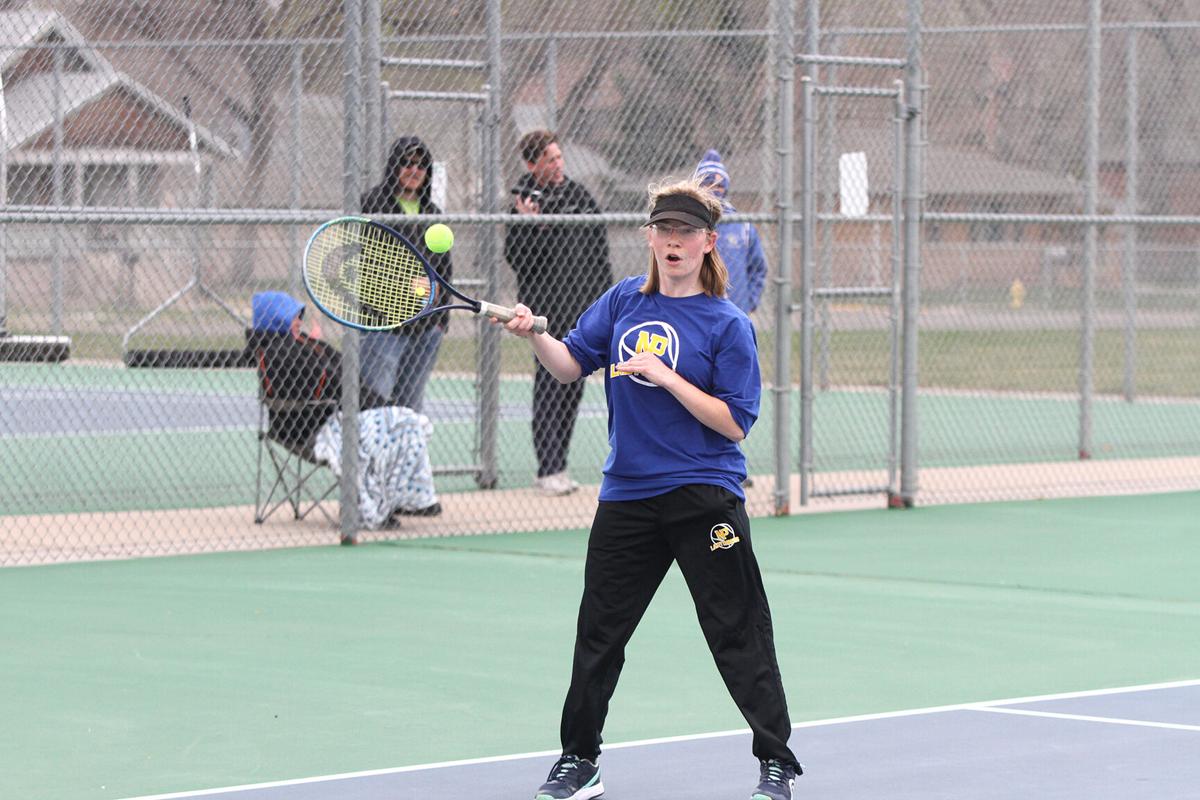 North Platte’s Sam Bowers returns a shot during her match against Kearney’s MaKenna Henning on Tuesday in North Platte.

The wind was blowing Tuesday as the Kearney girls’ tennis team defeated North Platte 8-2 in less than ideal tennis weather.

“The wind at the high school I think was a big factor,” North Platte coach Danielle Blake said. “Whether you’re hitting against the wind so you have to adjust or you’re hitting with the wind and it was pushing them out a little bit farther. So a big adjustment for those varsity players over there.”

That wind affected the way both teams played, but Kearney quickly figured it out and got on top in doubles.

Flood, Boyd and Dahlke shut out Plaster, Stine and Laubenstein, respectively, in singles to give Kearney three more points.

Bowers won a game in her match against Kearney’s McKenna Henning but fell in the end 8-1. The Bearcats completed the sweep when Young bested Douglas 8-2 and Cecilia Henning downed Risse 8-2.

Despite the outcome, the Bulldogs kept things competitive. Each game in Stine’s match against Boyd was close, and the doubles matches stayed tight until Kearney pulled away at the end.

“I think they played really well,” Blake said. “Some of them it was their second match, and so it was really good to see how much they’ve grown throughout practice. So as a team, I think we played really well today.”

In an unprecedented season full of virtual meets and a boatload of questions, five of Legacy Dance and Gymnastics’ gymnasts are heading to the regional competition.

Ryan Phifer graduated from North Platte High School and played basketball for two years at North Platte Community College before transferring to the University of Nebraska-Lincoln.

Brendon Walker battled through consistent winds, temperatures in the 30s and finished with an 18-hole round of 82 on Friday afternoon.

Playing in a bowl game would've been the right thing to do for Nebraska's program, Deontai Williams says.

The North Platte Community College Knights volleyball team is headed to nationals for the first time since 2010.

North Platte’s Kinley Stine prepares to return serve as her partner Brianna Plaster looks on during the Bulldogs’ loss to Kearney on Tuesday in North Platte.

North Platte’s Sam Bowers returns a shot during her match against Kearney’s MaKenna Henning on Tuesday in North Platte.