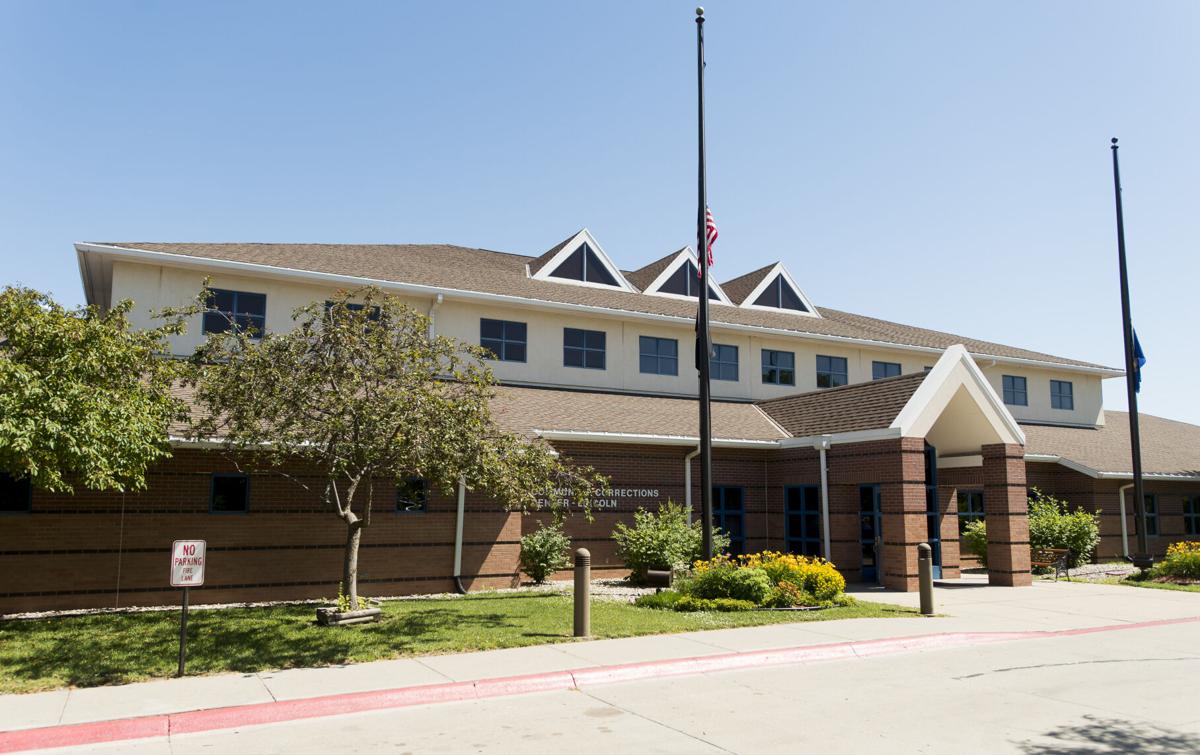 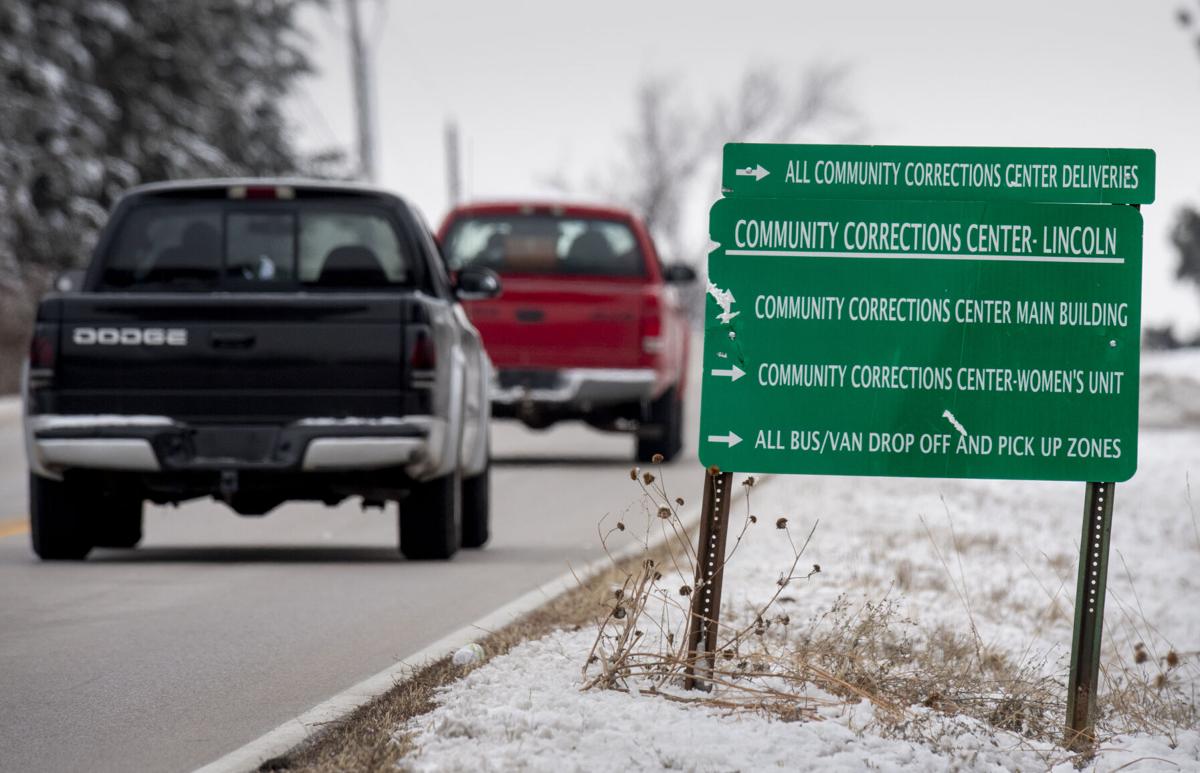 The Community Corrections Center-Lincoln sign, located east of the facility at 2720 W. Van Dorn St., directs visitors to various parts of the center.

Several prison workers and an inmate at the work-release prison in Lincoln say they are highly disturbed about free-wheeling drug crimes and other reckless behavior there and say they believe public safety is at risk because of it.

One staff member, Matthew Gilbert, was so frustrated with how the prison is being run that he quit last month and shared his exasperation with the Journal Star. Two others did so asking to remain anonymous. Nebraska Inspector General for Corrections Doug Koebernick said he has also received complaints about the prison.

The department's public-information policy allows employees to speak only in their official capacity with prior approval, and they must coordinate "appropriate" responses with the communications division.

Gilbert has worked in corrections 17 years, more than nine of them for the Nebraska Department of Corrections.

Community Corrections Center-Lincoln, at 2720 W. Van Dorn St., is a minimum-custody prison with a least restrictive environment. Men and women assigned to the prison participate in work detail or work release, less so right now because of COVID-19 restrictions.

Design capacity for the prison is 460 inmates, and the population is at 611, said Laura Strimple, Department of Correctional Services chief of staff.

Workers complained that with increases in population at CCC-L, staff numbers have not increased to meet the work demands. Strimple said about 30 staff positions have been added to support the increased population and other activities. Total staffing is 108, which she said is a healthy staffing level for a community-transition facility housing up to 660 people.

Men live eight to a room with eight lockers, light fixtures that are not sealed as in a secured unit, with 13 rooms per housing unit and four housing units in the main building. That's a lot of ground for two corporals to cover to be in charge of about 500 inmates, Gilbert said.

Dedicated, tenured staff are quitting or looking to leave, he said.

"I am one of them. I am tired," he said. "I understand this is a prison, but this is a work-release center. There are so many drugs. Every day we are finding methamphetamine, marijuana, K2 (synthetic marijuana), cellphones. This is a daily occurrence. Every. Day."

"I can find drugs easier in community (corrections) than I could in the worst neighborhood in Lincoln, easy," said one of the staff members who spoke to the Journal Star.

A third employee called it the "biggest open-air drug market in Lancaster County."

One reason for the proliferation of drugs, in Gilbert's view, is that inmates who are not classified properly are being sent to community corrections and don't belong there. He also said there's little programming and support staff to help inmates reintegrate back into society.

Strimple said the inmate classification system was revised in 2019. The changes that affect community custody included reducing the eligibility for community placement from five years to within three years of potential release.

"In essence, we have reduced the pool to those who best meet the criteria for placement in community custody," Strimple said. "The change has not increased the number of individuals with violent histories."

But the three prison workers who spoke to the Journal Star said they are seeing more inmates with a history of violence come to the prison.

They also say some inmates who commit multiple violations while at community corrections are not prosecuted, or even sent back to more-secure prisons. They overdose, are found with dealer amounts of drugs, assault staff, have to be controlled by use of force.

Gilbert did say that in late spring, after staff complained to administration, they were allowed to justify why inmates should be sent back. And slowly the department started sending some back to more-secure facilities.

Strimple said inmates in community custody have the opportunity to make more independent decisions, and "it is important that we allow mistakes, while weighing the risk the behavior presents to the public and the facility."

She said felony-level drug activity is rare, though staff members disagreed with that.

If it happens, she said, the inmate would be returned to a higher-security facility and the case would be referred to law enforcement for prosecution.

Misdemeanor drug activity is reviewed on a case-by-case basis, she said.

Gilbert and others say the drug and contraband problems have escalated this past year. There are no metal detectors. When inmates return in groups at the end of a work day, they are pat-searched.

Gilbert said three or four months ago prisoners began carrying clear backpacks, but contraband can be hidden in a pack of cigarettes, for example, or a pair of gloves.

"These guys are very good at hiding stuff. And it doesn't take a lot of the substance K2 to get many individuals high," Gilbert said.

Gilbert and the two other current staff members who asked not to be named to avoid repercussions said inmates had a gun in the prison in November, but by the time a critical-incident team searched for it, it was not found.

It's only a matter of time before another one comes in, because of drug dealing, they said.

Gilbert said staff were told at a morning roll call the department had photos shared on Facebook and Snapchat of inmates in CCC-L holding a firearm. The main building was put on security lockdown, and the Critical Incident Response team was called in. By the time it arrived, the inmates had time to hide everything, Gilbert said.

Strimple said a search was done at CCC-L Nov. 15 through Nov. 17, and significant contraband was located Nov. 15, but no gun was found. As a result of the search, one inmate was transferred back to a secure facility.

Searches resumed Nov. 16. Some meth and K2 were recovered as well as cash, a cellphone, a cellphone charger and other contraband, she said.

Gilbert and others said multiple cellphones are found daily by staff.

Another staff member said it's not unusual for him to see about 100 inmates, on any given day, high on K2.

"I wish I could take a body camera around and show people just one day of what my work is like," he said.

Gilbert said it's amazing how unsafe CCC-Lincoln is.

"The state taxpayers need to know how dangerous this facility is and how little the department cares about public safety," he said. "We are allowing inmates to just blatantly commit felony-level crimes with no repercussions. And then these inmates are out in the community."

Strimple said the nature of community corrections is to provide people opportunities to reintegrate into the community while they are completing their period of incarceration.

"It is an important part of the reentry process. There is greater risk in not offering opportunities for supervised transition," she said.

Inspector General Koebernick verified that contraband comes into CCC-L easily. The way it's set up, he said, it's difficult to do good searches.

Because of crowding, he said, it's hard to keep tabs on inmates.

Strimple said community corrections centers are transitional housing before inmates are released. They don't have secure perimeters, and the people living there enter the community unescorted each day.

Search procedures and practices help slow incoming contraband, as well as recovering contraband that enters the facility, she said. The amount of contraband can ebb and flow over the course of a year. When the circumstances warrant, the department will do a thorough search of housing units, she said.

Still, Koebernick said staff tell him they are concerned about their safety.

One said he is in more fear of his safety now than when he worked at a maximum-security prison.

Staff said they are concerned about those who come to community corrections who have had addiction problems and are trying to get a fresh start, but relapse because of the presence of so many drugs in the prison.

"If you are a meth addict but trying to succeed, and the other seven guys in your room are offering you meth every day, you are going to crack," one staff member said. "Those are the guys I feel for."

Strimple said recovery from addiction often involves relapse — sometimes several relapses. The key is to intervene and help people identify different ways of acting and reacting. The priority in community corrections is to facilitate successful reentry. Sometimes, that means giving people multiple opportunities to fail and to do better, she said.

Gilbert's take: They'll reoffend within six months because the department didn't properly address their drug issues and other needs.

"The biggest problem is that we're failing the inmates that we're put in charge of," Gilbert said. "And, to me, that's a horrible thing to do.

"I could not work for this department anymore because I see what they are doing," Gilbert said. "I see just what is happening, and I cannot be a part of that anymore."

Another staff member who asked not to be identified said he's working toward leaving the department because of what he's seen, including the department hiding things from the public and not responding appropriately to felonies.

"I've just had a really horrible experience," he said.

In the past, he said, inmates who were at CCC-Lincoln deserved to be there. They were more respectful. Now there are more who commit serious incidents, including fights, stabbings, drugs, overdoses and violent responses to drugs.

The Community Corrections Center is not a place to throw people and hope it works out, he said.

"Everyone I work with is on edge. They're either looking for new jobs or completely defeated as people. It's sad to see," he said.

The Community Corrections Center-Lincoln sign, located east of the facility at 2720 W. Van Dorn St., directs visitors to various parts of the center.