Milley defends call to Chinese at end of Trump presidency

In the same tour, you can sit under the sorting hat from the “Harry Potter” books and movies, and it will assign you to a house in the Hogwarts School of Witchcraft and Wizardry.

Aquaman fans can take a selfie as they hold the superhero’s gold trident.

The new interactive movie memorabilia, along with film mementos nearly as old as Hollywood itself, are now in a new building that Warner Bros. Studios plans to open June 26 — an investment in the future of Southern California’s once-thriving tourism industry.

It also comes as the 98-year-old film and TV studio enters a new chapter of its own: Warner Bros. learned last month that it would be merged with Discovery, the home of HGTV, Food Network and Animal Planet, after a tumultuous three years of being owned by AT&T.

The seven-story, 483,000-square-foot building across the street from Warner Bros.’ corporate offices in Burbank had been scheduled to open in May 2020 but was postponed because of the COVID-19 pandemic. The tours were previously launched from the first floor of the corporate office building, which offered less than half the display and visitor space of the new venue.

“We felt like we were outgrowing our space,” said Warner Bros. Vice President and General Manager Danny Kahn.

The tour building — whose cost studio representatives declined to disclose — is part of a larger expansion at the studio’s headquarters, which broke ground in January on a pair of Frank Gehry-designed office towers designed to resemble two icebergs.

Pandemic travel restrictions limit visits by international tourists, but Warner Bros. officials say they are hopeful that the new tour building will draw plenty of Californians who have stayed close to home for the last year and are itching to try new experiences.

“We feel there is a lot of pent-up demand,” said Gary Soloff, vice president of marketing at the studios. The company website shows all time slots for English-speaking tours are sold out for the first two weeks.

The building may be opening just in time for a tourism resurgence.

The Los Angeles Tourism and Convention Board predicts the number of tourists visiting Los Angeles County will climb to nearly 40 million by the end of this year, up from 27 million in 2020. Before the pandemic, the county welcomed a record 50.7 million visitors in 2019.

The hotel occupancy rate in Los Angeles County reached 62% in April, up from 26% in April 2020, according to the tourism board. Occupancy rates have reached 70% or higher in the last 11 weekends, the board said.

Universal Studios Hollywood is also betting on visits from movie fans. The theme park, which reopened in April after a yearlong pandemic closure, recently announced plans to fill more than 2,000 jobs.

The new Warner Bros. tour building, built on the site of a parking lot, includes about 25,000 square feet of exhibit space and a parking structure with nearly 1,000 spots. Instead of one movie theater, the new building has two 70-seat theaters where tour visitors will be shown clips of movies shot at the studio.

The studio bought electric carts to shuttle visitors to film sets and backlot soundstages, including the coffee shop set featured in the sitcom “Friends” and the fountain where the cast members frolic during that show’s opening title sequence.

The new building is home to much of the historic movie memorabilia that had been on display in the previous building, such as the trench coat worn by Humphrey Bogart in the 1942 classic “Casablanca.” The phone of studio co-founder Jack Warner is also in the exhibit, alongside his personal phone book, which shows the numbers and addresses of such Hollywood luminaries as Cecil B. DeMille and Walt Disney.

The studio has re-created the herbology classroom from the 2001 movie “Harry Potter and the Sorcerer’s Stone,” complete with facsimiles of the magical mandrake plants that scream when they are uprooted. Visitors can also crawl into the cupboard under the stairs, modeled after the makeshift bedroom Harry Potter’s abusive guardians provided to him in the same movie.

In another Harry Potter exhibit, visitors are asked to tap a series of buttons next to several ingredients to create a magic potion. Choose the correct ingredients, and a cauldron spins and glows purple.

Inside an exhibit area that resembles Batman’s cave is a console where visitors can use a touch-screen to research the backstory of DC villains. Costumes worn in recent DC superhero movies, such as “Wonder Woman 1984,” are also on display.

“We want to get more people hands-on and interactive with the exhibits,” Soloff said. “People want to be part of the experience.”

Santorini Island in the Aegean Sea

How to prepare for the first frost of the year

How to prepare for the first frost of the year

Watch Now: How to deal with constant anger

Watch Now: How to deal with constant anger

Need to get away?

Halloween is more than a month away, but theme parks, zoos, resorts, haunted houses — and hotels — are already welcoming your little (and big) ghosts and ghouls with fall events. 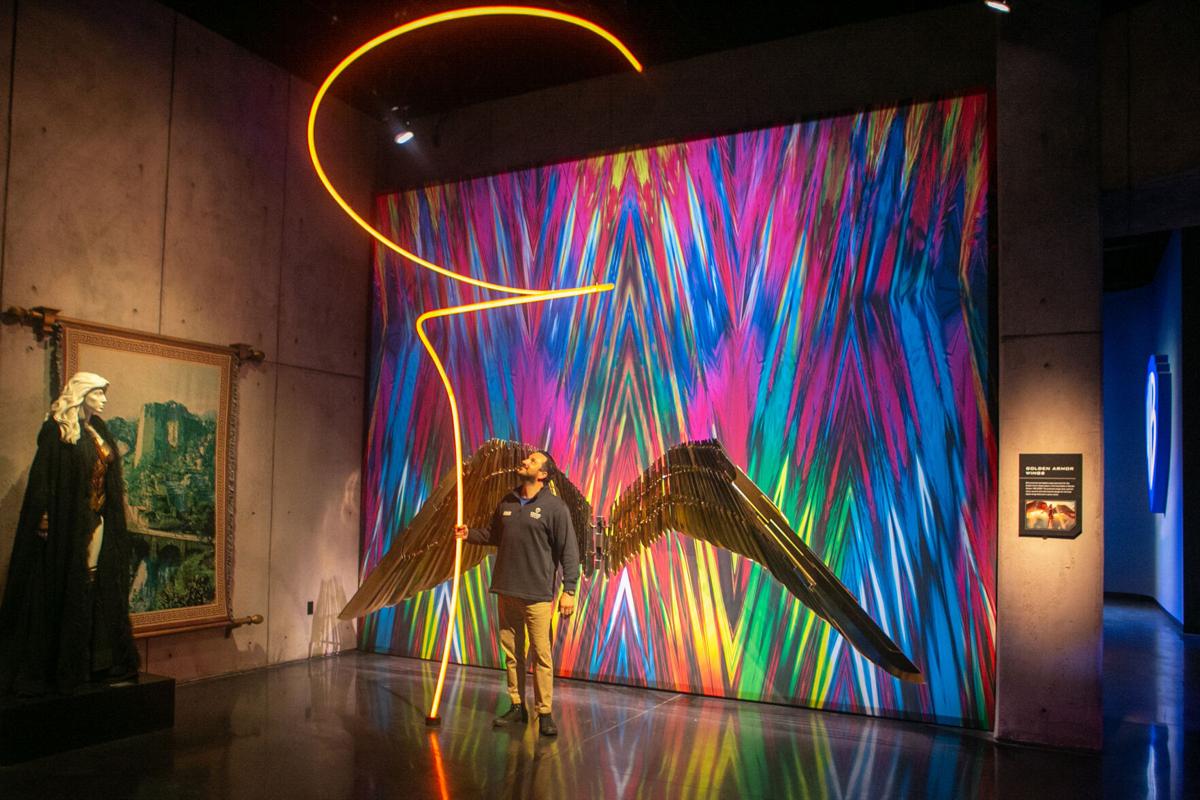 Tour guide John Kourounis lights up Wonder Woman’s Lasso of Truth, one of the new interactive exhibits that will be available to visitors who go on the Warner Bros. Studio Tour in Burbank, Calif. (Jason Armond/Los Angeles Times/TNS) 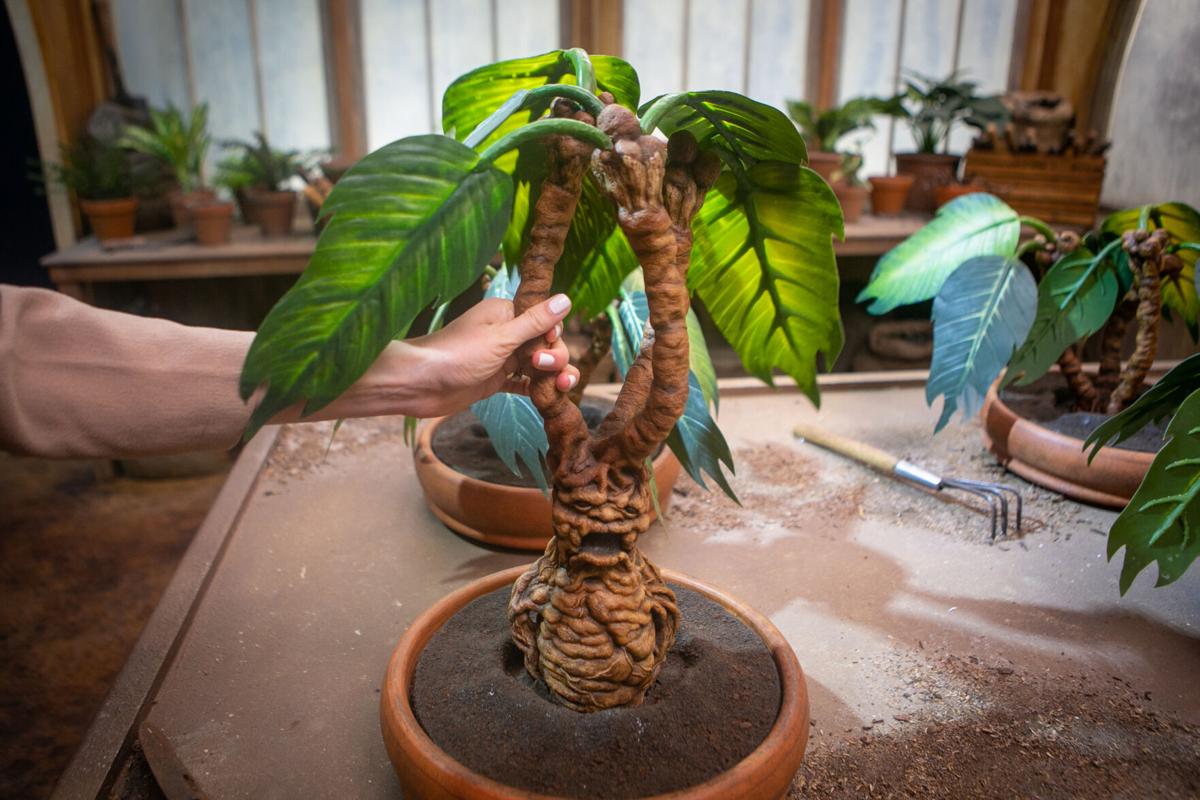 The tour includes an area where visitors can play in a faux greenhouse with screaming mandrake plants modeled after those in the "Harry Potter" films. (Jason Armond/Los Angeles Times/TNS) 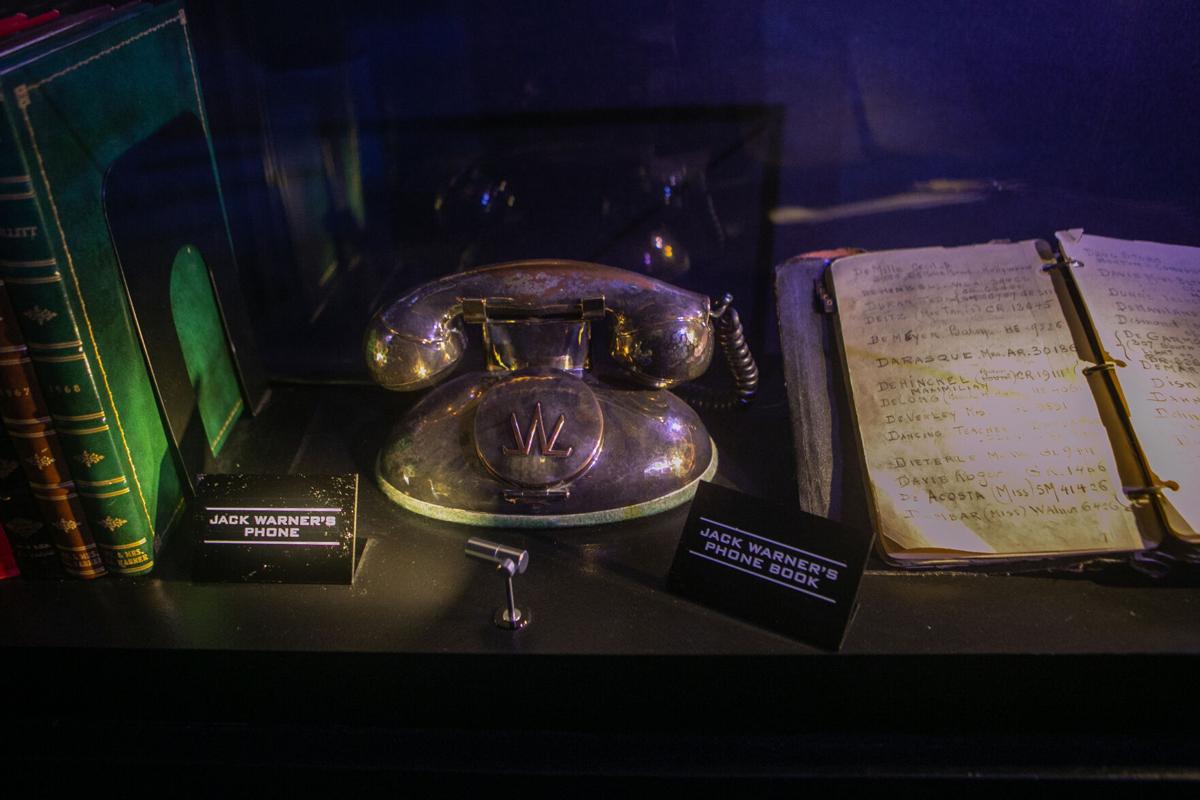